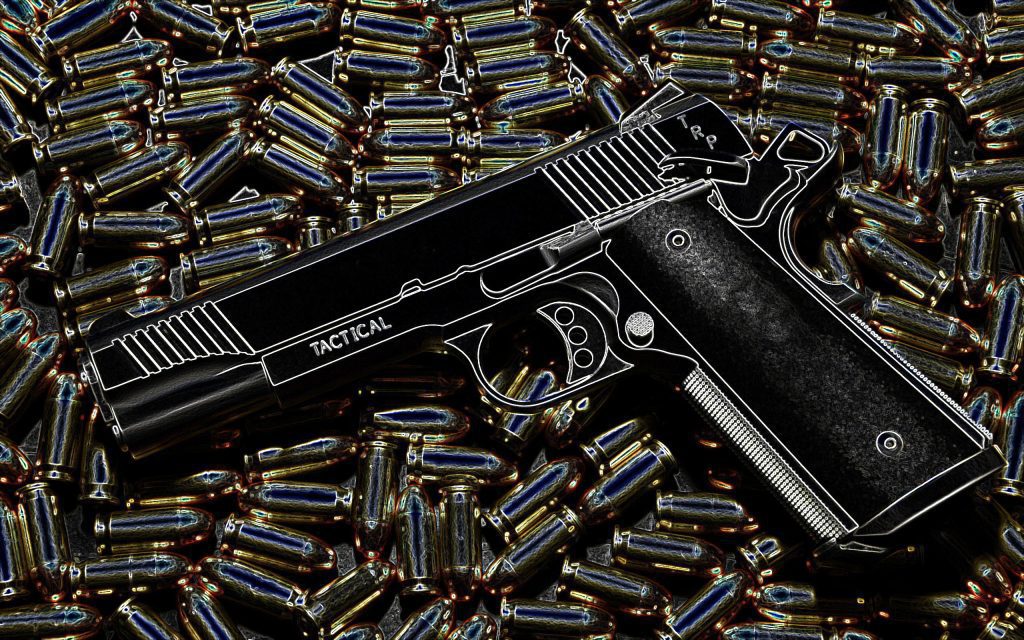 What is a shooting threat? It can be a photo of a gun, a piece of overheard conversation, or a comment on social media.

And when someone threatens a school shooting, how should that threat be handled?

In the first 30 days after the shooting at Marjory Stoneman Douglas High School in February, there were 1,132 school-based threats and incidents throughout the nation, according to the Educator’s School Safety Network. That’s an almost 300 percent increase over the prior 108 school days of this academic year.

The uptick has sparked new and urgent conversations about what actually counts as a threat — and what steps schools and police should take when they become aware of potential threats.

Researching some of the threats made in the wake of Parkland, Youth Radio’s Nina Roehl found that school districts differ on their protocols on determining the validity of a threat.

To give you a sense of the range of responses, here’s a look at six shooting threats reported in the first two weeks after the Parkland shooting and how they were handled.

The threat: According to the New York Daily News, two teenagers posted a photo on Snapchat holding an assault rifle with a caption warning students not to come to school the next day. Their classmates saw the post and reported it to the school’s principal.

The school response: The principal reported the threat to law enforcement.

The outcome: The teenagers were charged with aggravated harassment, making terroristic threats, and weapons possession. The judge gave the students an 8 p.m. curfew as punishment.

Where: Stafford and Spotsylvania Counties, Virginia

The threat: According to WJLA, a post was spread on social media via Instagram and Facebook of a hand holding a gun. The post also contained a threat to shoot up two Virginia middle schools.

The school response: When school officials were notified, extra deputies were placed on both campuses for several days following the threat, and parents were notified via robocall, email, Facebook, and Twitter.

The outcome: After an investigation, it was determined that the post was actually a generic photo of a gun found on the internet. According to the Washington Post, the Spotsylvania County Sheriff’s Department did not believe it to be a credible threat, but continue to investigate the poster of the image.

The threat: According to the Whittier Daily News, a student allegedly stated that he would shoot up El Camino High School. His comment was overheard by a security guard.

The school response: The security guard took the student into the office and notified the sheriff’s department.

The outcome: Authorities searched the student’s home, where they found a stockpile of weapons that were not properly secured. It turned out that the weapons were owned by the student’s older brother, who was charged with a misdemeanor count of possession of an assault weapon. The student who made the initial threat was not charged.

The threat: According to Greater Alexandria Patch, two teenage boys from northern Virginia, aged 14 and 15, posted a threat of a school shooting.

The outcome: After a police investigation, authorities concluded that the threat was a joke, posted to impress a girl. Both students ended up turning themselves in and faced a detention hearing. They were charged with threatening to commit harm on school property.

The threat: According to KMOV, a 14-year-old student made a post on Facebook threatening a school shooting at Cahokia and East St. Louis schools.

School response: According to Fox 2 Now, both schools were put on soft lockdown, in which parents were allowed to pick up their children, but no one was allowed inside the schools without proper identification.

Outcome: The student was arrested and was facing 12 charges including four counts of making a terrorist threat.

The threat:  According to Fox 5 San Diego, a 17-year-old student posted comments on social media regarding a school shooting in San Diego.

The outcome: The student was arrested on campus and taken to juvenile hall. The student’s home was searched, but no firearms were found.

Kamala Harris Is Having a Moment…So Are HBCUs