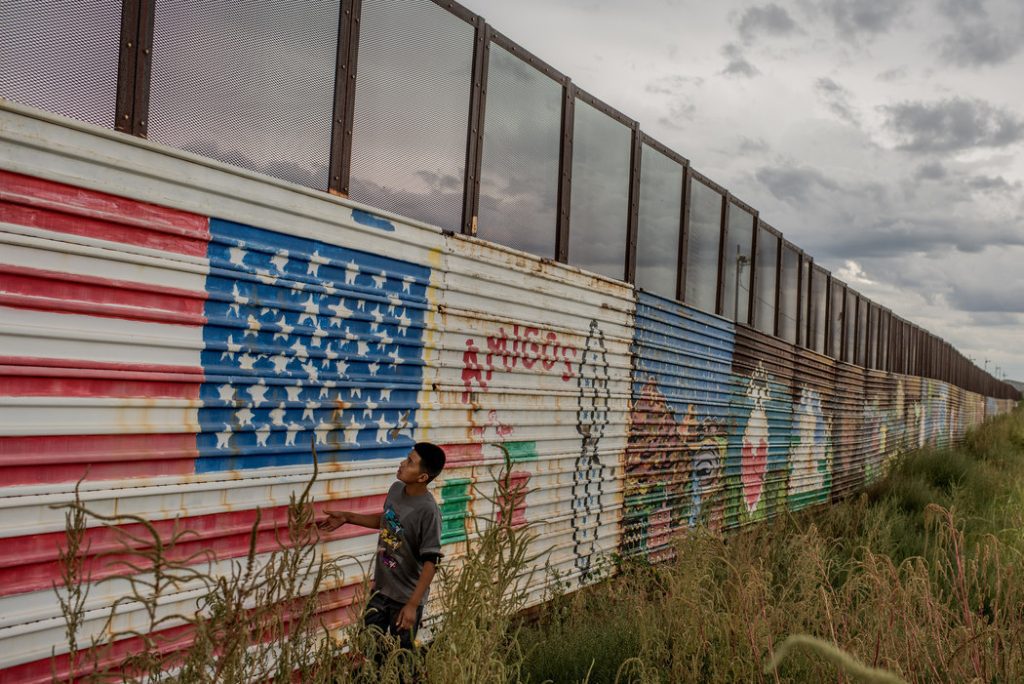 Sealing The Border is a yearlong in-depth investigation by the Hope Border Institute detailing the violations of immigrants’ human rights at the El Paso-Mexico border. According to the New York Times, more than 700 children have been separated from their parents at the border since the fall of 2017.

Youth Radio’s Nina Roehl talked with Camilo Perez-Bustillo, author of the investigation about what happens to children who get separated from their families, and what factors have led to current border conditions.

This interview has been edited for clarity and length

Youth Radio: “Sealing the Border” looks at the impacts and the changes that have been going on at the border since President Trump took office. Can you talk about the key findings?

Camilo Perez-Bustillo: People are being punished because of who they are, where they come from, all because they don’t have the right piece of paper. [At the border] people’s human rights are being violated through a series of different policies and practices that include family separation and family division. People are being put in conditions of confinement, and conditions of detention that are inhumane — where there isn’t access to adequate medical care. And what’s the cause of this? Simply because they crossed the border and they have another nationality or they don’t have what’s referred to as a “legal immigration status.”

YR: What exactly happens once a family has been separated at the border?

CPB: They’re taken, initially, into detention. They’re going to be separated. It might be a temporary form of detention at the port of entry, simply in a back room or in a basement. These are not facilities that are set up to keep people from more than a few hours.

Children are going to see their parents being taken away. They’re not going to know what’s going on, and they themselves are going to be placed in the hands of strangers. We actually do not know exactly where the children ended up, where the parents ended up, and when if ever they get to be together again and to communicate with each other.

YR: What are the possibilities of families reconnecting?

CPB: There’s absolutely no guarantee. [Children] are supposed to be released within a few days. But often that period is extended, and they’re held in inappropriate facilities. They’re not in communication with their family members.

This is part of a three-headed monster that we define as an iron triangle: One component is what they call deterrence. So the idea is to create ways to dissuade people from coming [to the United States]. The second one is detention — being separated forcibly and [dividing] families. The third is deportation. That can take many different forms. There’s voluntary removal when people sign a piece of paper and say, “OK, I’m willing to go back home.” Most cases are resolved that way.

YR: When people or families approach the border, what rights do they have?

CPB: There’s a huge debate about that. The 14th Amendment establishes that any person who is physically present in the U.S., which includes the border since it’s part of U.S. territory, has rights. It doesn’t say you have to be a citizen, and that’s a really important detail. What does equal protection mean? That you are not to be discriminated against because of what’s perceived to be your race, your ethnicity or your identity because of who you are.

YR: Has the way President Trump expresses himself about immigrants instilled fear among that group? Are fewer people coming to the States?

CPB: Sadly, I think it has. According to the Department for Homeland Security, the number of people crossing the border has diminished compared to previous years.

The overall number of border crossings has gone down, but the two groups that have increased are family units and unaccompanied minors. This means conditions must be so bad that entire families and youth are migrating and seeking protection.