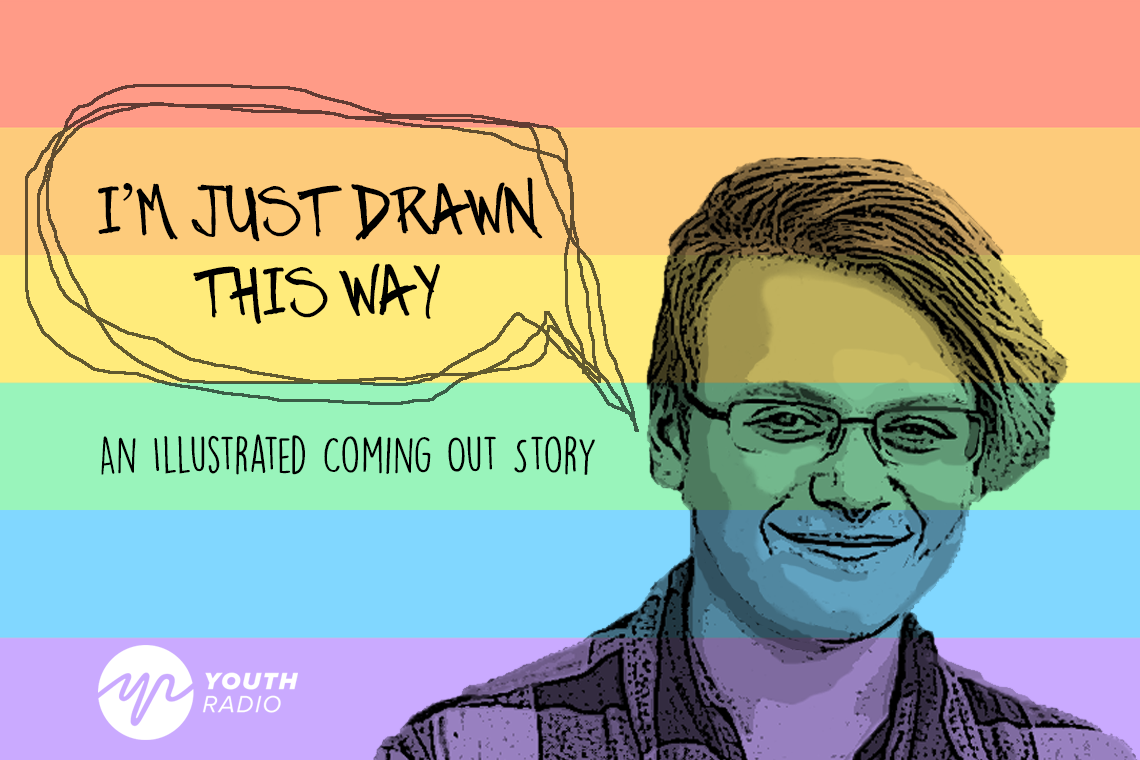 Long before Youth Radio’s Desmond Meagley, 19, had the words to describe their identity, they used art as an outlet. Drawing was more than a hobby for them; it was a way to find comfort when nothing else fit.

I was about eight or nine when I moved from a rural town in Oregon to the San Francisco Bay Area. It was one of seven moves my family made during my elementary years. The culture shock of moving from country to city hit me hard. I stuck out at my new school. It was hard to make friends with my new classmates. My parents argued often. So I spent a lot of time doing my own thing, trying not to think too hard about the rapid changes happening to my life.

This is when I started drawing.

My interest in drawing started as a way to deal with my feelings. I was a young kid with a changing family moving from city to city, and drawing gave me a distraction. When I felt lonely, homesick, or just bored, I drew my imaginary friends and characters from my favorite games. It was hard to make friends when my family moved so much. So I took characters out of computer games, books and movies and imagined them like they were there hanging out with me. 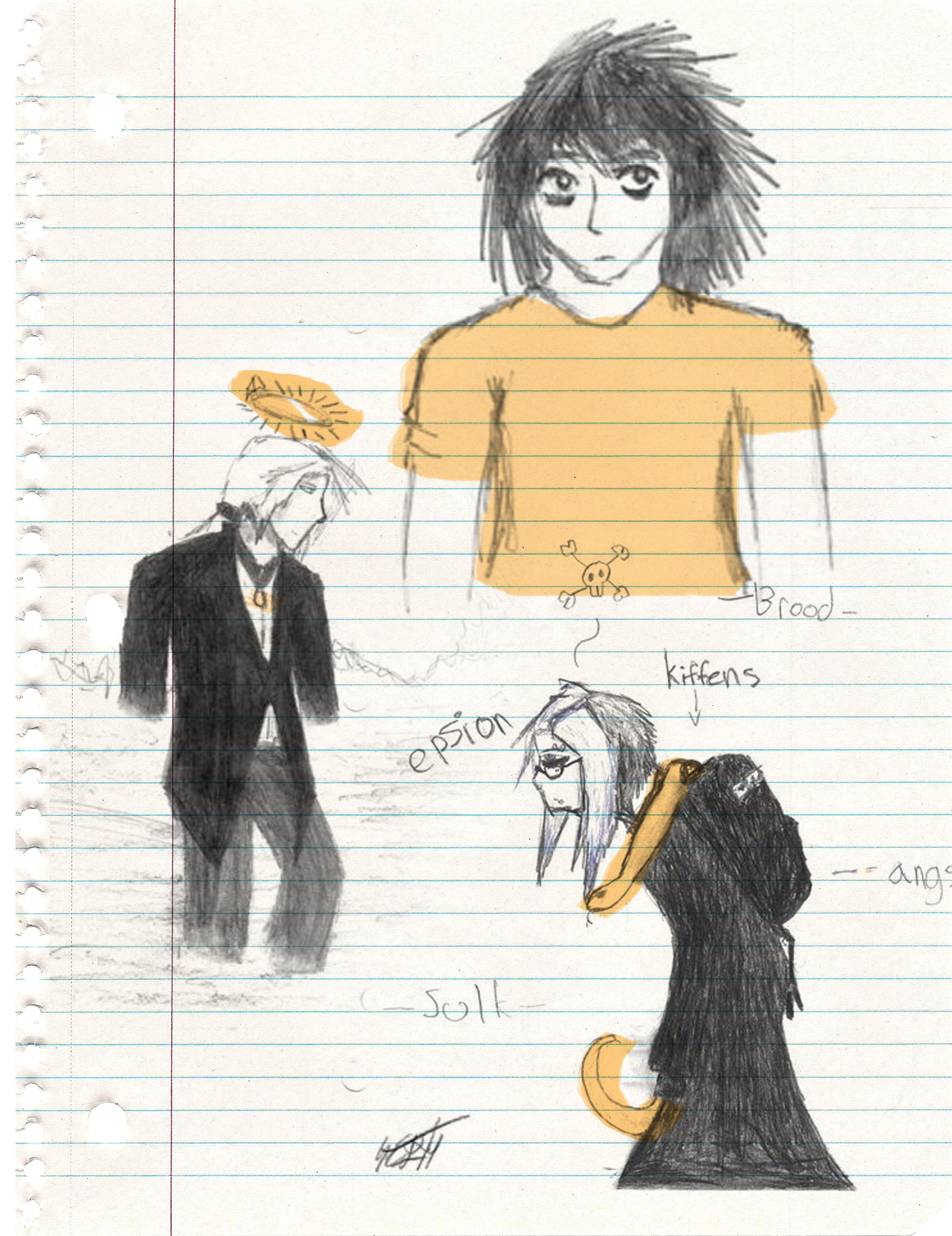 Even when I did spend time with other kids, I felt out of place. In middle school, it became increasingly difficult to relate to girls from my class. So I mostly hung out with a group of guys who shared my interests in drawing, internet culture, and video games. I thought I fit in with them, but then one day, I was talking to one of them over lunch and he said, “You know it’s weird that you’re a girl and you hang out with us.” I was surprised. Then confused. Then hurt.

I felt bad in a way I couldn’t describe yet. It wasn’t fair. It didn’t make sense. And it was one the first moments I realized that my gender mattered to other people– that the way I experienced gender was not the way that other people thought about it. 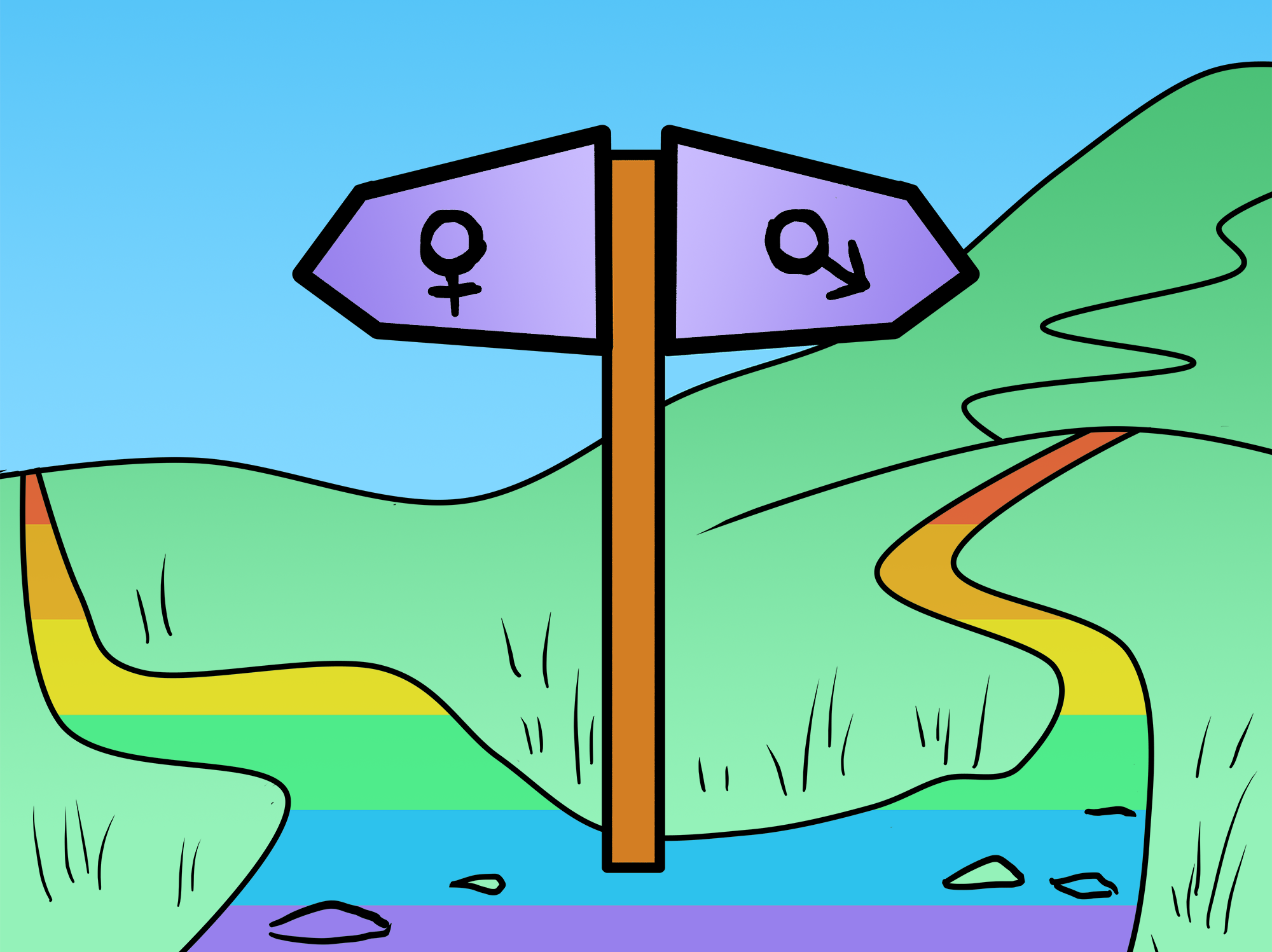 During this time, my drawings were also changing. I found myself drawing a lot of androgynous dudes. I related strongly to one character I had in particular: he was an artist, short, with long silver-dyed hair and shaved patches on the sides of his head. He wore nail polish, piercings, and black clothing. 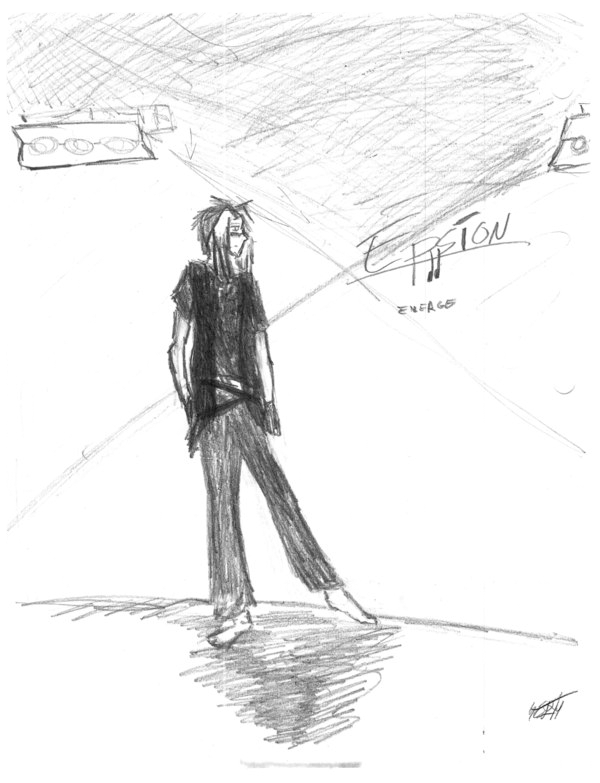 Drawing him was like escaping myself for a moment: I could be where he was, do what he was doing, and think his thoughts. I never felt like I was living in the wrong body. But some of the bodies I drew definitely felt “right”. My characters were half friends, half alter-egos.

Meanwhile, in real life, I tried to dress the way the girls in my class did. I masked myself with smeary lip gloss and eye shadow. It was bittersweet to get compliments on my more feminized appearance. On the one hand, I liked the positive attention, but it felt hollow.

I figured being a girl was an acquired taste: unpleasant at first, but you eventually get used to it and begin to enjoy it.

Only I didn’t. Going to school caused me so much anxiety and dysphoria that I’d fake being sick to stay home. And when I did make it to class, putting my head down to sketch was much more attractive than trying to socialize or focus on schoolwork. I could turn off my thoughts and let the pen take over until the day was over, and then I could disappear. 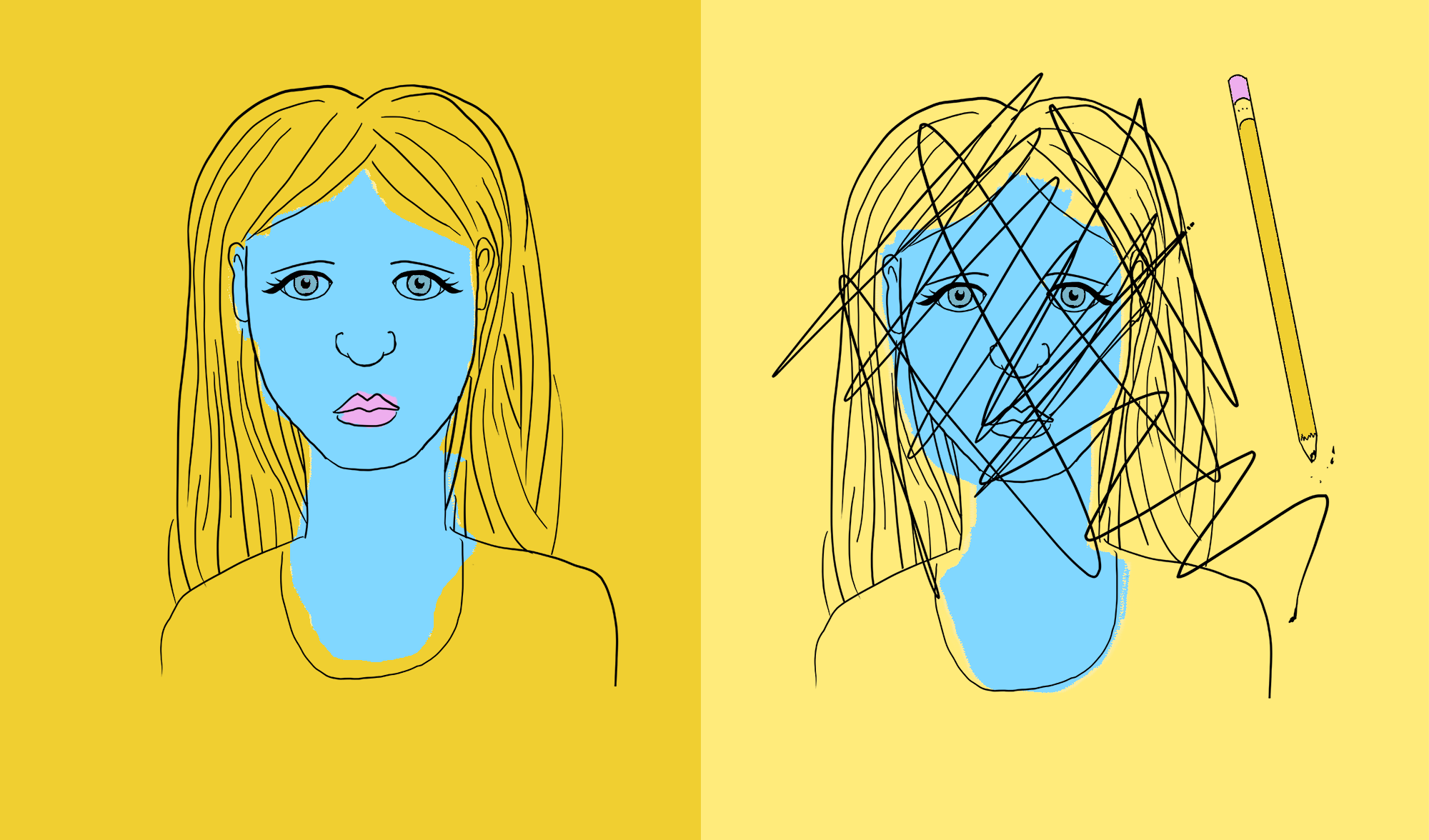 My drawings provided a raft of confidence on which I drifted slowly through the turbulent waters of my early teens. I thought that if I couldn’t be normal, then I could be accepted on the outside. But that phase of denial wasn’t meant to last past the last weeks of middle school, when I came out as transgender.

At the time, I didn’t ascribe much significance to the role drawing has played in my life. But recently I found a box of my old drawings. Lots of them made me cringe, but when I looked at some of my old characters, I noticed familiar features. Today, I have long hair that’s cut short on the sides. I have a few piercings, I wear black, and I like bleaching and dying my hair and occasionally applying nail polish. The person I am today could have walked out of a drawing I did eight years ago.

Drawing isn’t just a hobby for me: it’s how I process my thoughts and experiences. It’s my way of preserving the past, coping with the present, and visualizing the future. But now, I don’t need to escape to feel comfortable with myself. When I look at my art, and how much it’s evolved, I appreciate how much my struggles and the skills I’ve developed have shaped me.