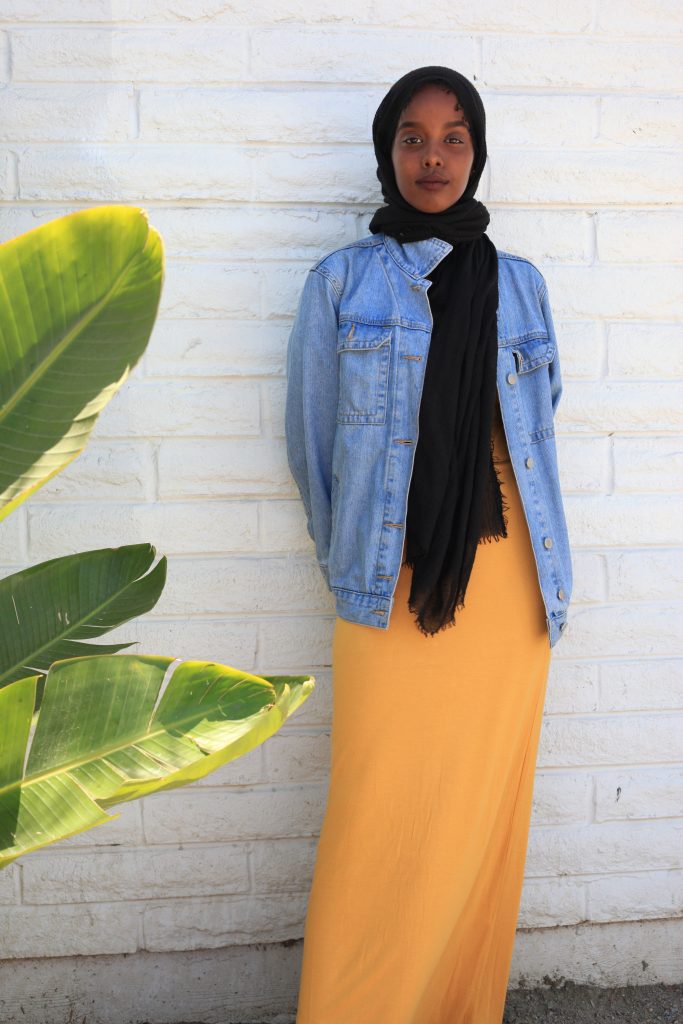 Immigrants and refugees from over 60 different countries live in the diverse cornucopia of City Heights, San Diego, over half of whom are under the age of 35. Over 18,000 people live within each square mile of the city. With such a dense, international population, local youth are faced with the unique challenge of integrating their traditional culture and background with youth-directed popular culture to create their identity.

“Even now, within pop culture and YouTube there’s more Hijabi vloggers,” said Najmo Abdi, 18-year-old San Diego-born Somali youth. “I feel like that’s really important for Muslim girls, because we can mimic how they dress and see how (vloggers) are styling their turban, the hijab, with different colors and stuff.”

Abdi, representing a bold, young and new generation of Muslim women, likes to show her individuality and style through her passion for makeup and fashion, while still embracing her cultural background.

“Tradition is very important to me because I was not born in Somalia, so I hold my culture and tradition close to my heart so I could always remember it and teach the generations to come,” said Abdi.

Although makeup and fashion are commonplace for the archetypical American teenage girl, modesty-practicing Muslim American adolescents often find simple trips to the mall cause for dilemma. According to Abdi, routine shopping trips are often accompanied by the feeling of, “That’s so cute! But I can’t wear that,” a response Abdi says she often has to clothing that is viewed by the Muslim community as “too revealing to be worn without alteration.”

“(My community) makes me more creative because seeing stuff I can’t wear just makes me want to wear it more, so I try to add my (own personal) touch to it,” said Abdi, whose love for beauty and fashion was birthed in resistance. When asked about the perception of makeup in the Muslim community, Abdi said, “it is often misunderstood and questioned by older generations.”

“The Somali culture and pop culture are very different things,” said Abdi. “Ever since I was young, I loved educating myself on what was going on in America, and I normally did it by watching TV or videos on the internet.”

With increasing support of Muslim women, by Muslim women, through social media platforms such as YouTube, Instagram, and Twitter, Abdi conclusively says, “When I see Hijabis and Muslim girls doing bold things, I (become) more empowered.”

Fifteen-year-old Guatemala-born Erik Solis’ affinity for fashion design comes from necessity. In City Heights, residents of Guatemalan ancestry make up approximately 1.4% of the overall population. Because the Guatemalan community is so small in comparison to other demographics in City Heights, there are fewer Guatemalan-based resources for residents. 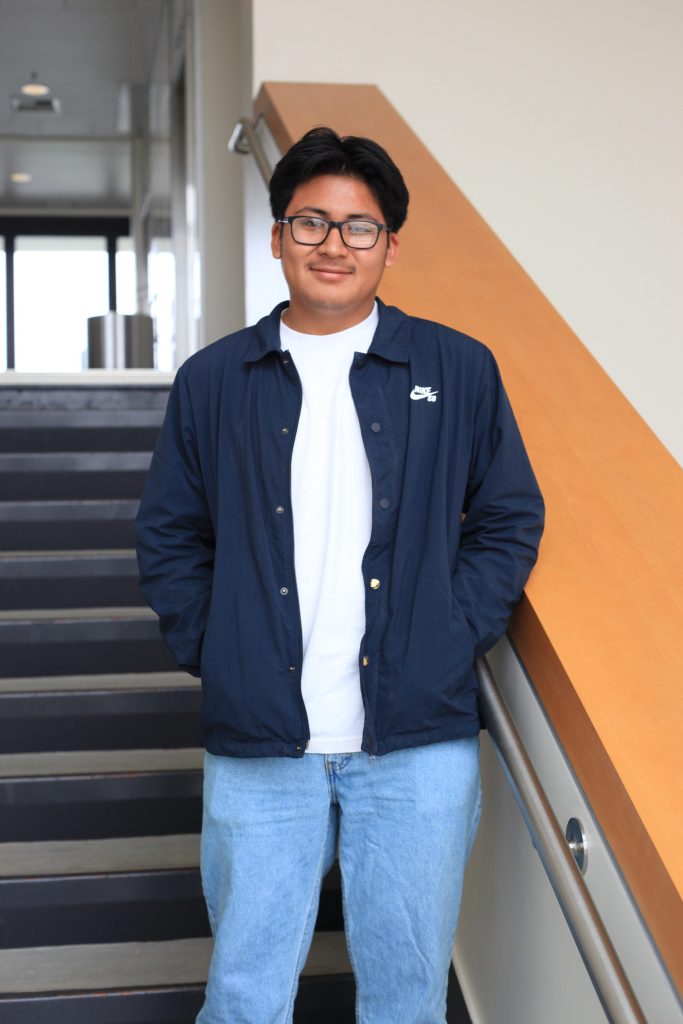 When Solis’s family relocated from Guatemala to the U.S., they were not able to bring any clothes, family heirlooms, or cultural and religious relics with them. This, paired with a lack of access to Guatemalan cultural resources, serve as an impetus for Solis to incorporate pieces of his culture into the clothes he wears and hopes to design.

Solis has utilized internships in design through [aka], a custom screen printing shop and clothing boutique, and Aloha Beach Club, a brick-and-mortar clothing and apparel shop, both located in North Park, San Diego. Through these internships, Solis was able to explore his design potential and gain experience under the mentorship of professionals in the field.

“I’ve always been interested in designing clothes,” said Solis. “It’s been (an interest of mine) since I started middle school…”

In comparison to San Diego neighborhoods such as North Park, Solis feels the City Heights community is lacking in opportunities for young artists and designers to make a name for themselves.

“I think in North Park they know what they want and they have the means to do it,” said Solis. “In City Heights, they have the same idea, they just can’t really do it or they feel they don’t have a big (enough) audience to be like, ‘ok, this is a good idea.’”

Solis says the most important goal of the work he plans to do is incorporate symbols of Guatemalan culture into his designs.

“This is my culture and this is who I am,” said Solis. “For me, it’s (about) never forgetting where you’re from and always having something you can relate to…so it lives on from one generation to the next.”

Sixteen-year-old Kenyan-born Khadijah Musa uses her own form of self-expression through fashion and traditional dance as a way to educate people about her culture and individuality. Musa takes great joy in choosing and wearing clothes that often spark curiosity and inquiry from people passing by her on the street. 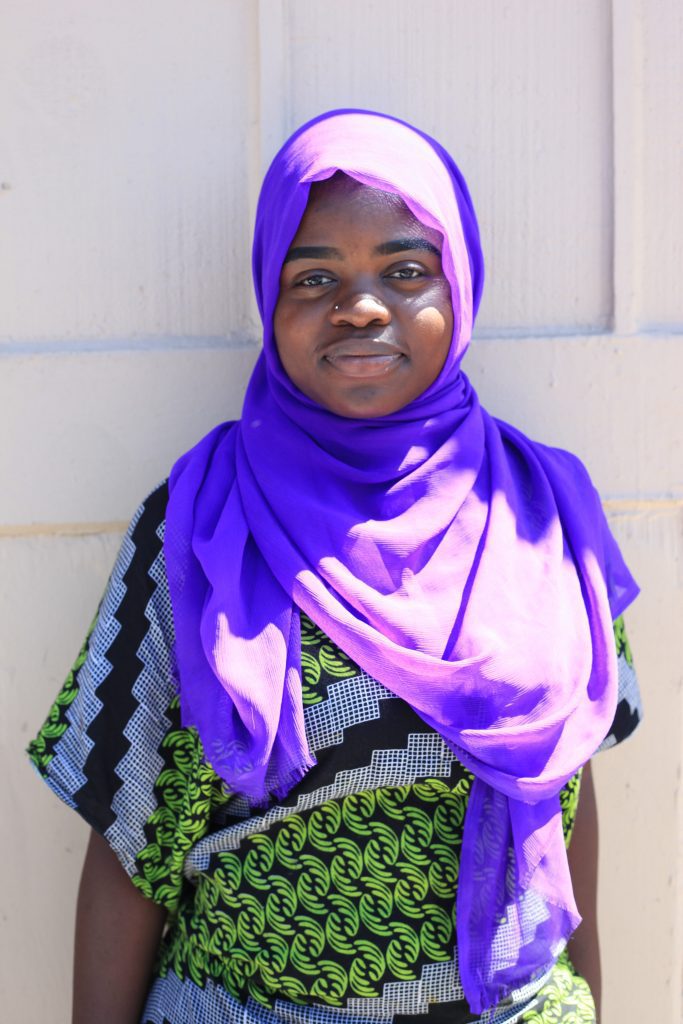 “I feel like it’s really important for us as Africans,” said Musa. “Our culture will (potentially) be more recognized through fashion because we’re really big on clothes and dances and music. I think the way we (express) our culture through fashion and art is beautiful and unique.”

Musa is dedicated to practicing and performing traditional Kenyan dance as a way to embrace her cultural roots and heritage. As a student in her sophomore year at Crawford High School, Musa performed a traditional African dance, followed by a brief question-and-answer session at her school’s International Day this year to further broaden awareness around her cultural traditions.

“Kenyan culture is unique because we do so many traditional things,” said Musa. “We have traditional outfits, traditional food, traditional dances, and a whole lot more. I personally love my culture because it really shows who I am and brings people together.”

Although actions like these, according to Musa, help educate others about her culture, the City Heights-based youth is aware her peers accept her more when she conforms to pop culture trends. Musa mitigates these external influences by finding ways to adapt pop cultural trends to meet her own personal standards.

“As Muslims, no one wants to take us seriously,” said Musa. “So, if you try new things, I feel like there’s a lot of space for you to become the person you want to become.”

Abdi, Solis, and Musa, along with many other City Heights-based youth, express themselves through their style, passions, and way of moving through the world. By embracing all the factors that inform their own unique identities, these youth are integrating their traditional cultural backgrounds into their own particular forms of self-expression.

Youth such as Abdi, Solis, and Musa have identified subtle ways to pass cultural appreciation onto future generations–an integral process that will never be forgotten in the arduous journey of fitting in to stand out.

Originally published as part of AjA Project’s Speak City Heights Youth Media program, which provides participants with professional journalism and photojournalism skills to support the creation of media projects focused on community-based issues impacting youth and communities in City Heights, San Diego. This project is supported by the California Endowment.