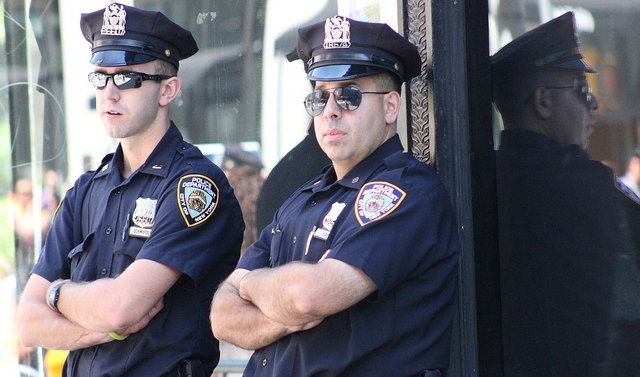 A recent New York Times article explained a program in Harlem and the Brownsville section of Brooklyn, New York called the Juvenile Robbery Intervention Program, J-RIP for short. The New York police say they are trying to turn around the lives of juveniles who have been arrested for robberies, to prevent future crimes by those same youth, and bring down the juvenile robbery rate. A few hundred teens who have been arrested for robberies from those areas have been singled out for the program.

But it’s not your average intervention program. According to the article, police follow the teens on Facebook and Twitter, form relationships with their parents, say hello in front of their friends and flag these teens in the police and court databases.

The program has raised a lot of concerns about profiling. Blogger anarcho-queer writes, “Both Brownsville and East Harlem are largely black and Latino, making over 85% of the population in each neighborhood, meaning JRIP disproportionately targets minorities who live in public housing and subjects them to continual harassment by the NYPD who claim to be practicing tough love.”

After analyzing the details of the program, I believe the benefits, like when one officer found a summer job for a JRIP youth,  to be outwayed by the downsides. And I can’t help but have a lot of questions.

Here are a few:

– To what extent is the power dynamic between the police and young people being abused?

– The police are invading the teenagers’ privacy, so how are these young people supposed to trust them?

– The police are lying to teens in their interactions on Facebook, but they want the youth to be honest with them — that seems unfair. The Times article says, “Detectives spend hours, day and night, monitoring the Facebook pages and Twitter accounts of teenagers in the program… Detectives create a dummy Facebook page — perhaps employing a fake profile of an attractive teenage girl — and send out “friend requests” as bait to get beyond the social network’s privacy settings.”

– From my experience, people who cooperate with the police become known as informers or snitches. Being a snitch can get you and your family hurt or killed. But the young people in the program can’t help looking like snitches because the police are trying to give them that image. The Times article says, “In Brownsville, more than a dozen J-RIP youths have been shot, one fatally and another who survived his fourth shooting this past summer. Last month, a program teenager was jumped by rival gang members and stabbed three or four times. He remains paralyzed.”

– The program seems more invasive than being on probation.

– The teens in the program are enrolled because they once committed a robbery, but they already served their time. The police are assuming that the kids are prone to committing similar crimes again, which is not giving them a second chance.

– People are in gangs for safety and security, or because the gang can feel more family-oriented than their home. The police are taking these teens away from the gangs, which could make the teens feel lonely and unsafe.

The only benefit of the program I can find is the relationship the police are trying to build with the family of the J-RIP teens. The Times says:

“At the same time, officers seek to forge relationships with the teenager’s family, drawing them in with perquisites like a hand-delivered turkey on Thanksgiving Eve and toys and brand-name sneakers for younger siblings. Officers also provide tailored help, shuttling family members to doctors’ appointments, connecting them with alcohol and drug-abuse counseling and filling out applications for low-income housing, food stamps, child support and child care.”