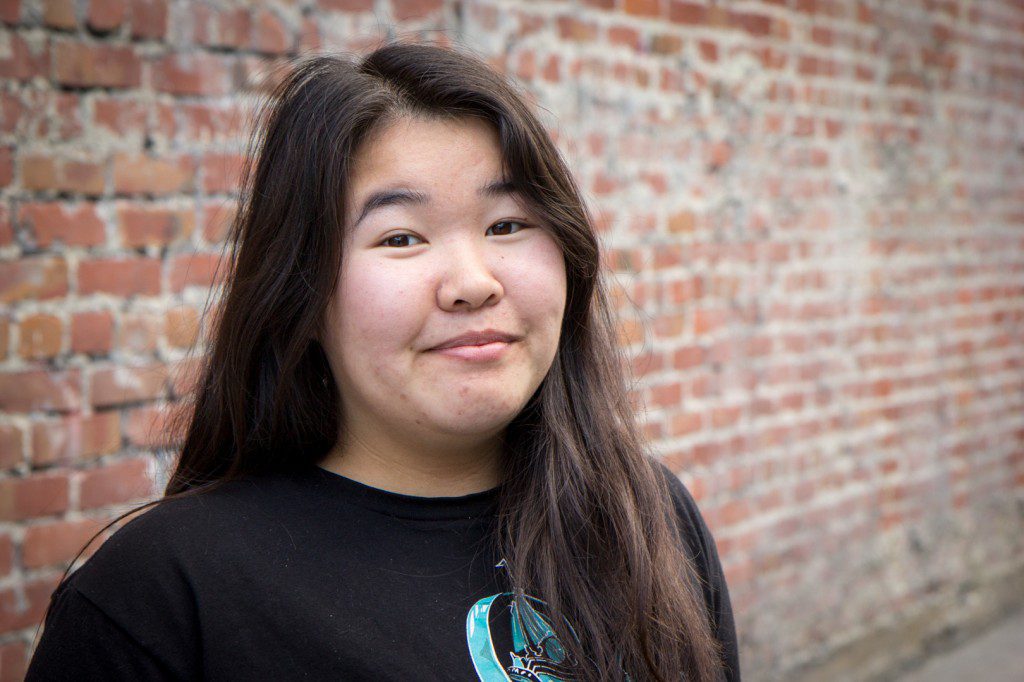 My three siblings and I are first generation Mien-American. We’re pretty close–even our personalities are similar. But I’m the only one who can communicate with our grandmother.

My grandma helped raise us and she doesn’t speak English, only Mien. But my siblings never learned the language, and they depend on me to translate.

They’ll ask me “Kasey can you help me ask grandma for money?”

And I’ll say “Why can’t you ask her yourself?”

“Cause I don’t know how.” They say. “She doesn’t understand.”

So I call out to my grandmother, “Ah Coo-ah, Thon-Di oy may boon Ninh nyanh.”

My grandma, who’s 70 now, was born in a mountainside village in Laos. School was never an option for her. At the age of five, she started working in the fields to feed chickens and pigs. At eight, she had to learn to cook.

I was 18 when I learned to cook. I started helping my grandma cut dough for the kapiek — a gooey noodle soup. I’ve helped my aunts stir big pots of klang fen — a cold dessert that’s both sour and spicy. I want to keep these dishes alive, but I’ve never really tried to cook them on my own.

When I think about my brother and sister not knowing the language, I get annoyed, but I’m also annoyed at myself for not learning it all fast enough. I’m not fluent in Mien, and I’ve tried and failed at embroidery.

My grandmother has hand sewn intricate stitches for as long as I can remember, but when I took a stab at it, my clumsy needlework looked like doodles on cloth. Not to mention, that I was literally stabbing myself bloody.

But the needle pricks rarely pierce my grandma’s fingers because of her deep calluses. Calluses that make up her history — from growing medicinal herbs, to sewing traditional clothes.

My calluses come from a different history and different struggles. I’m trying to pursue higher education, financial aid, and the American Dream. And I’m trying to do all that, while still following the Mien ways.