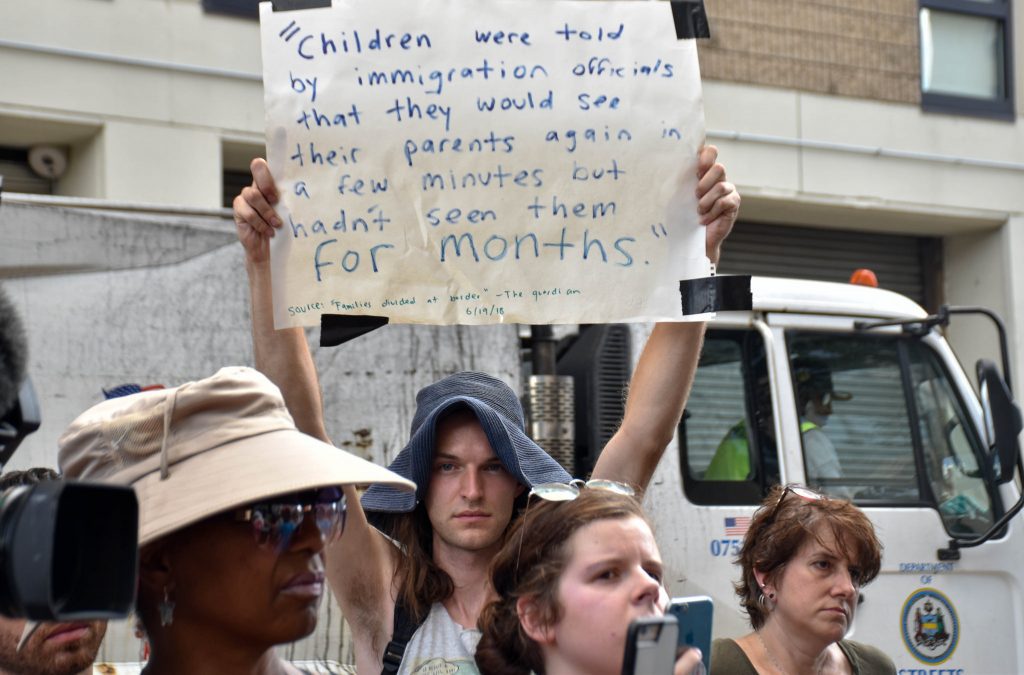 July 26 is the legal deadline for the Trump administration to reunify families who were separated at the U.S.-Mexico border under the controversial zero tolerance immigration policy.

For weeks, children have been separated from their parents at the border and moved to separate detention centers and shelters–often under prison-like conditions sometimes hundreds of miles apart, and usually without knowing where their family members are or when they might be reunited.

In one case, a 4-year-old girl “was so traumatized that she wasn’t talking. She was just curled up in a little ball,” according to Michelle Brane, director of migrant rights at the Women’s Refugee Commission.

But there’s no substitute for hearing young people describe what they’ve gone through themselves. So here, culled from various news organizations, is what the ordeal has been like for children and teens–in their own words.

“What could I have done? … I couldn’t do anything.”
— Jorge, Boston Globe

On the conditions in detention

“I was placed with female girls from 5 to 6 years old to 15 or 16 years old. There were large numbers of girls, some of whom had to sleep on concrete and sitting up because there wasn’t sufficient room in the cell. I slept on the floor in a passageway were [sic] I could find room. It was around midnight, and I was given an aluminum blanket. There were no mattresses. … I had difficulty reaching the bathroom because I didn’t want to push through other girls and wake them. When I did go to the bathroom, there was no door or separation between the toilets. The lights were on all night.”

“It was freezing cold. They didn’t give me good food.”
— Jose, age unclear, MSNBC

On treatment by shelter staff

“They wanted to humiliate you. They would do everything possible for you to get mad and lose your patience, because there was more security, and if you got mad, you would suffer the consequences. You would need to go to bed earlier. You would need to write down ‘I shouldn’t wake you up’ 300 times. They wouldn’t allow you to go to field trips. They wouldn’t allow you to have free time. … I was going crazy in my head.”

“It made me very sad to see there were 3-year-old girls crying. The woman [officer] would shout at them ‘Shut up!’ Your mom has already been deported!”
— Keyri Oliva, 9, The Guardian

On the food and water in detention

“The ham was black. I took one bite, but did not eat the rest because of the taste.”
— Dixiana, 10, Huff Post

“I only drank it twice because I didn’t trust it. It made me feel funny in my stomach the times I drank it.”
— Justin, 13, Huff Post

On the effects of removal

“The thirst, the sleepless nights, the tiredness is very frustrating. You even get tired of crying. I could only see my little sister crying while my mom was being taken away. To be removed from your mom or dad is really hard. It’s like getting an arm or leg removed.”
— Elmer Oliva Jr., 17, The Guardian

“I was very frightened and depressed the entire time. I am still depressed. I also have nightmares and a lot of anxiety because of the separation.”
— Keylin, 16, Huff Post

On the interminable wait to be reunited

“At first I thought it’d only be a few days before I saw my dad,” she recalled. “But after a month there, I was going crazy, thinking, When? When? When?”
— Unnamed daughter of Silvana and Yulio Bermudez, 11, Washington Post

“I didn’t know where my mother was. I saw girls ask where their mothers were, but the guards would not tell them.”
— Griselda, 16, Associated Press

On the feeling of awaiting release

“I am excited to get out of here and get past this nightmare.”
— Angel, 13, Associated Press