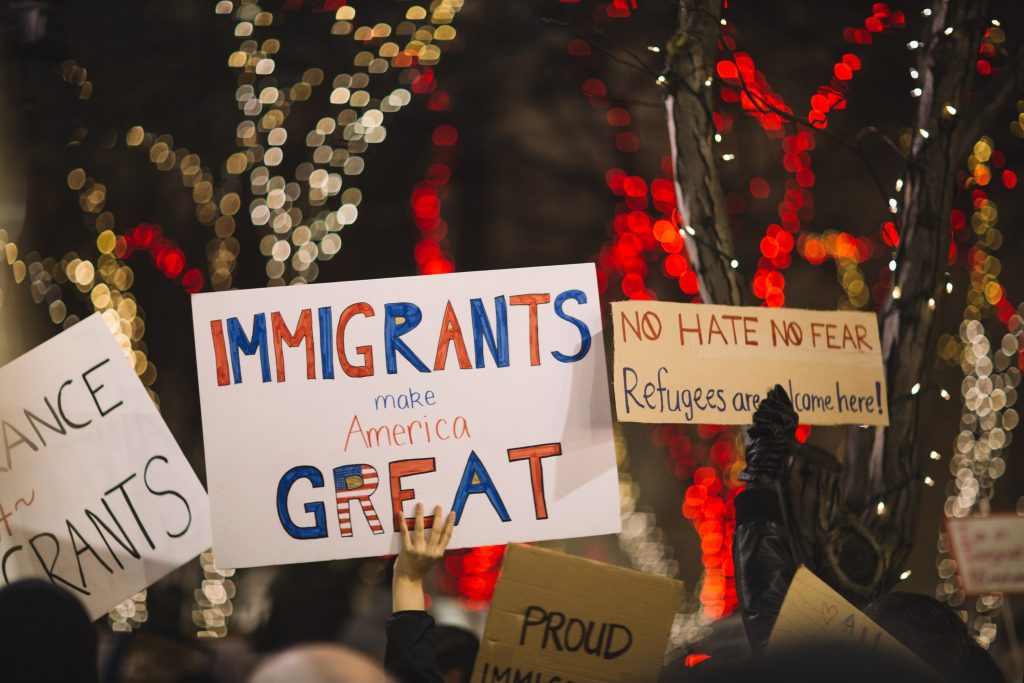 Fox News commentator says she thinks immigration is changing America for the worse. Others say the exact opposite is true. Photo by Nitish Meena on Unsplash

Fox News host Laura Ingraham is under fire, justifiably so, for comments she made on her show Wednesday night.

“In some parts of the country, it does seem like the America we know and love don’t exist anymore,” she said. “Massive demographic changes have been foisted upon the American people. And they’re changes that none of us ever voted for and most of us don’t like.”

Laura Ingraham: "The America we know and love doesn't exist anymore. Massive demographic changes have been foisted on the American people, and they are changes that none of us ever voted for, and most of us don't like … this is related to both illegal and legal immigration" pic.twitter.com/s5G2qIY4W0

And here’s the real kicker. She blamed these changes that “most” Americans don’t like on immigrants, saying “much of this is related to both illegal — and, in some cases, legal — immigration that, of course, progressives love.”

It’s no surprise, being the archetypal conservative news network Fox is, that illegal immigration is at the center of blame for things gone awry in the United States.

But Ingraham’s comments go beyond that recurring argument. Her words, and her views, are problematic.

Not only is Ingraham explicitly stating she believes legal immigration — something this country has worn as a badge of honor as we attempt to maintain our self-proclaimed status as a melting pot — is to blame for our nation’s current woes.

But her words go further in implying Americans don’t want or “like” having immigrants here, and that even immigrants who came here legally have maliciously shifted our nation’s prosperity and caused damage.

Ingraham is pushing a fear-mongering tactic the Trump administration has long used to bolster their agenda among white, conservative Americans and attempting to create an even more divisive atmosphere within the nation: an “us” vs “them” mentality.

The implication being Americans should fear, and resent, nonwhite immigrants and immigration as an institution.

Trump’s campaign gained momentum among conservatives after Trump made remarks, which many considered racist, about Mexico and the “criminal” immigrants who came over from there (when, in fact, undocumented immigrants commit fewer crimes than native-born citizens).

This went over so well among a far-right-leaning demographic because Trump was reiterating statements Fox had already been insinuating in their immigration coverage.

Since then, the debate over immigration has created an even deeper chasm between the left and the right, and Ingraham’s comments exemplify just how far into the peripheries members of both parties have ventured.

This makes it borderline shameful that Ingraham is using her leverage to convince her 2.654 million viewers that legal immigrants are the source of America’s shortcomings.

Immigration is not merely a talking point to be sensationalized. For some seeking a home in the United States from beyond our borders, it is the difference between life and death. It is the gateway to a better life.

For our media personalities, especially ones with such massive followings, to not only attempt to make immigrants a public enemy, but also feel comfortable enough in our current political climate to think and say such things to begin with, is shameful and highlights an inherent polarizing perspective some Americans seem to be subscribing to.