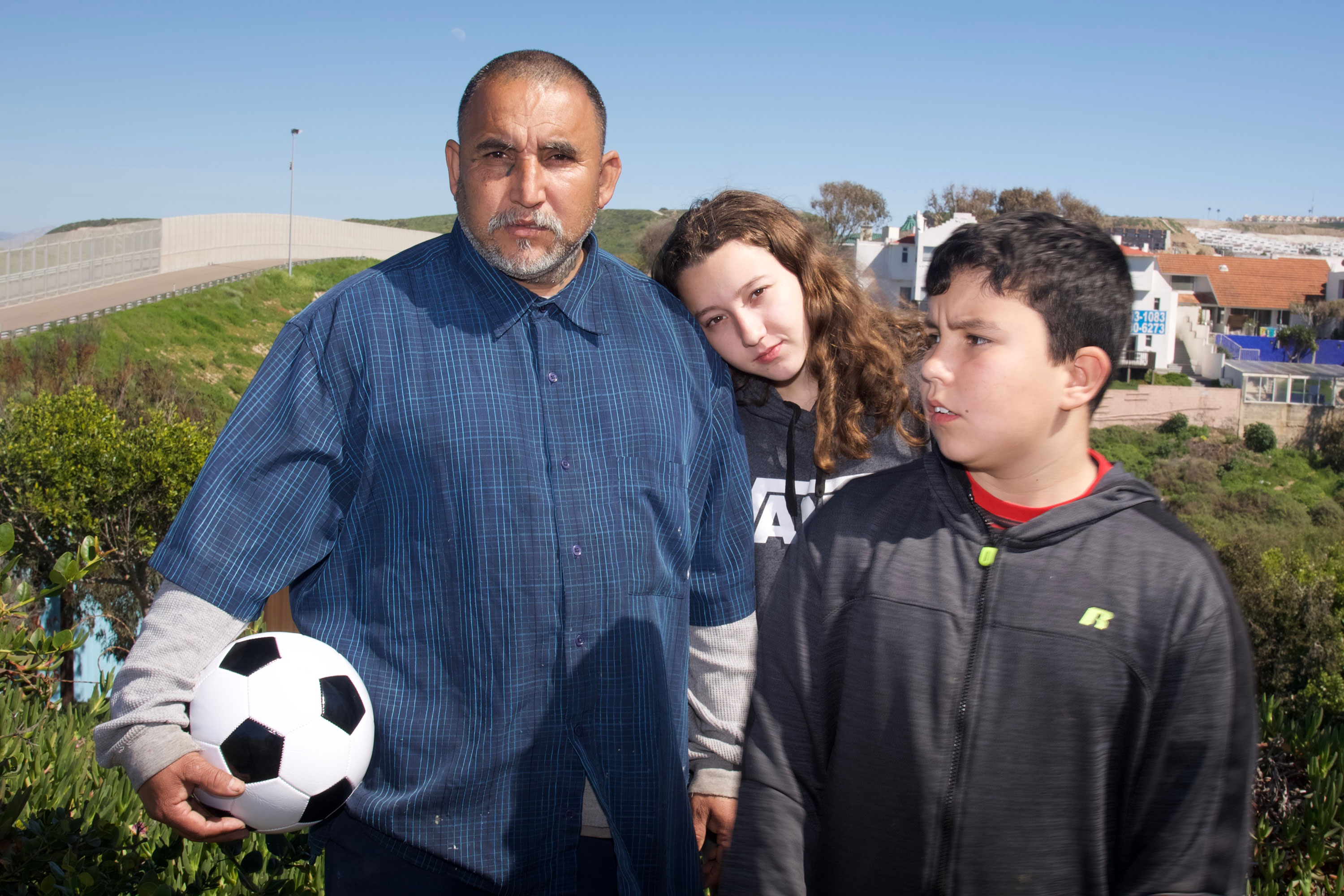 Produced by Youth Radio in collaboration with Boyle Heights Beat.

Every other weekend, I pack a suitcase. I bring a sketchbook, laptop, homework, clothes. And my navy blue U.S. passport–that’s the ticket to I see my dad, who has been living alone in Tijuana, Mexico for the last six years.

Apá, as I call him, was deported when I was 11 years old, and my family’s life has never been the same. Separation defines our routine–the stress, the traffic, the hellos and the goodbyes.

Every time I see my dad, I get emocionada — like excited, but emotional at the same time. Apá is 46 years old.  He’s not very tall, but he didn’t seem so short six years ago–the day my childhood ended.

I was ten, asleep in bed, when the sound of police sirens outside my home woke me up. A friend started a fight while visiting my aunt at the house. The “compadre” got rowdy and threatened my mom. That’s when my dad grabbed a gun to protect us and got in trouble. 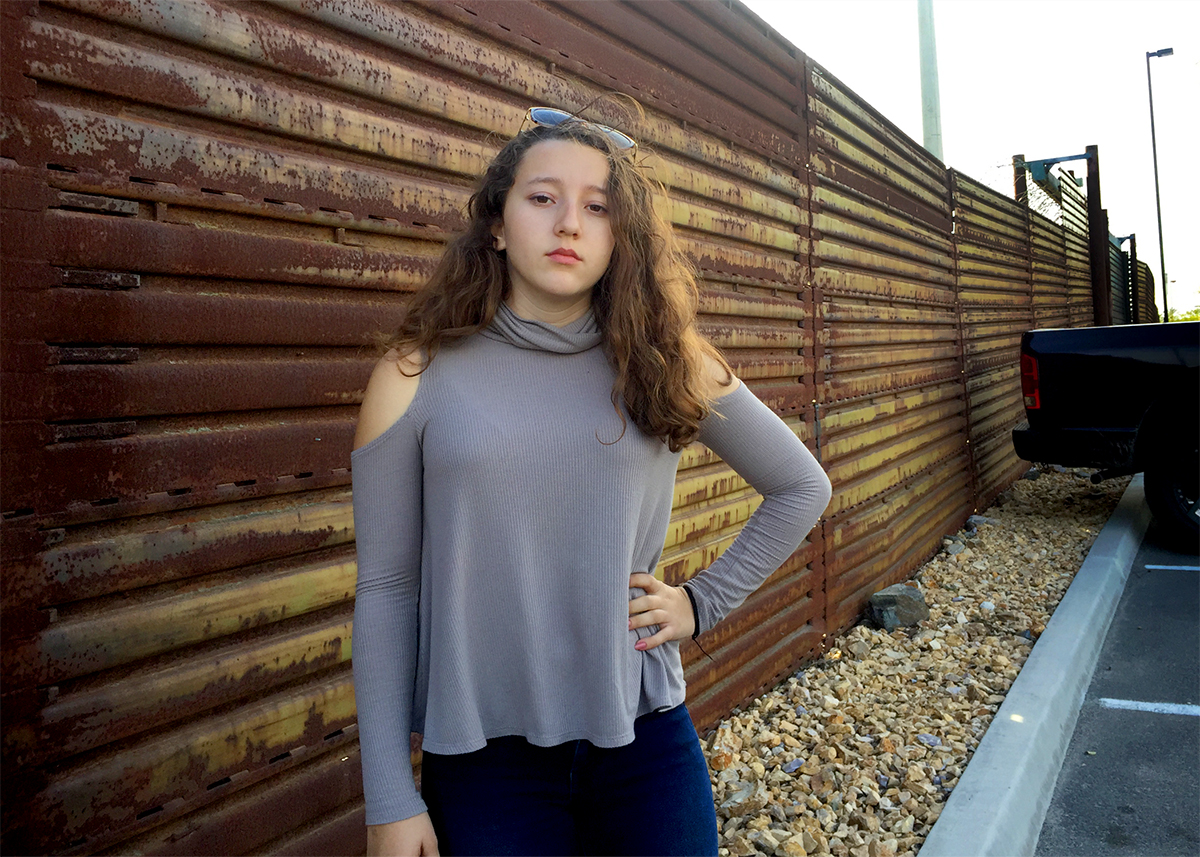 It’s hard to talk about this night with my family.

My dad was arrested and charged with assault with a firearm, and possession of an unregistered weapon. He was married to my mother, an American citizen born in New York, but Apá says he never applied for citizenship, which he now regrets.

“You think you are established [in a country] and that nothing can happen,” he says to me. “I never thought…” he trails off.

My dad was tried and found guilty in June of 2010 of being in possession and brandishing an unlawful weapon. It was the day of my fifth grade graduation. Within a year, Apá was deported to Tijuana, Mexico.

Back then, U.S. deportations were on the rise. They peaked in 2012 when more than 400,000 immigrants were deported.

Apá doesn’t have family in Tijuana, but he chooses to live there to be as close as he can to us. He worries about us a lot.

“It’s just living in a constant fear,” he says, “not being able to do anything in case anything happens.”

It’s also really hard for my mom, Misty Cervantes. Everyone in her family lives on the East Coast, so when Apá was deported, her life changed dramatically.

“I would talk to him about everyday things, like the house needs to be fixed, problems that would arise with car,” she said. “He was part of my backbone to rely on, and now I became head of household.”

And I became the person she leans on. When she comes home, she tells me about her day at work. My mom works two jobs. Some nights, she gets home after 11 p.m., which means I babysit my 11-year-old brother after school. I have had to take on more responsibility in the household, and be strong for both my mom and my brother. Zola and her dad together in Mexico. Photo courtesy of Misty Cervantes.

I grew up with both parents at home, but Dad living across the border is all my brother, Tines Cervantes knows. It doesn’t seem to bother him.

“It’s not a bad or a good feeling,” he says. He doesn’t feel any different from other kids. A lot of kids travel back and forth to Mexico, he says, and that’s true–but not as often as we do.

My parents have talked about moving to Spain so we can be together again, but with school and money to consider, that’s still up in the air. So, we keep on living life between borders, using daily morning phone calls, text messages and weekend visits to hold us together.

This is our normal. The daily calls are nice, but I don’t get hugs. We can’t stop for breakfast together before school anymore.

Living without us these past six years has also taken its toll on my dad. Yet as soon as we greet each other, it’s like we were never apart.

Apá calls us mis enanos or “my shorties.”

He always asks about school. My dad wants to know about my future and the letters from colleges. With college ahead and a career, I don’t know if I will ever live with my father again.

And on June 9th, Apá won’t get to see me walk the stage at my high school graduation. But I’m going to pack my cap and gown that weekend so we can celebrate together in Mexico when I see him again.

Zola Cervantes is a reporter for Boyle Heights Beat newspaper in Los Angeles. Check out her expanded print feature in Spanish and English on their website. Zola’s radio story was produced in collaboration with Youth Radio.