When I was younger, the Little Rock Nine were recurring characters in my life. Growing up, there was even a painting of them in my house that hung over one of the windows. When I was little I would look up at it as my parents would tell me stories about the Nine and their sacrifices.

“It truly devastated our family unit,” said Phyllis Brown. She’s the sister of Minnijean Brown, one of the Little Rock Nine.

Every year at Central High, my classmates and I revisit the story of the Nine, conducting oral history interviews with elders about civil rights here in Little Rock.

In a news clip dated back to 1957, a reporter asks a white Central High student, “What about you sir, do you think the colored students will show up?”

The student answers, “Well, if I have anything to do with it, they won’t show up.”

Phyllis Brown says her sister and the other Little Rock Nine students were harassed, threatened, kicked, spat upon, called names, and pushed down the steps by other students at Central High. “It should have been a natural thing,” Brown said. “Like, ‘We’re just going to school.'” 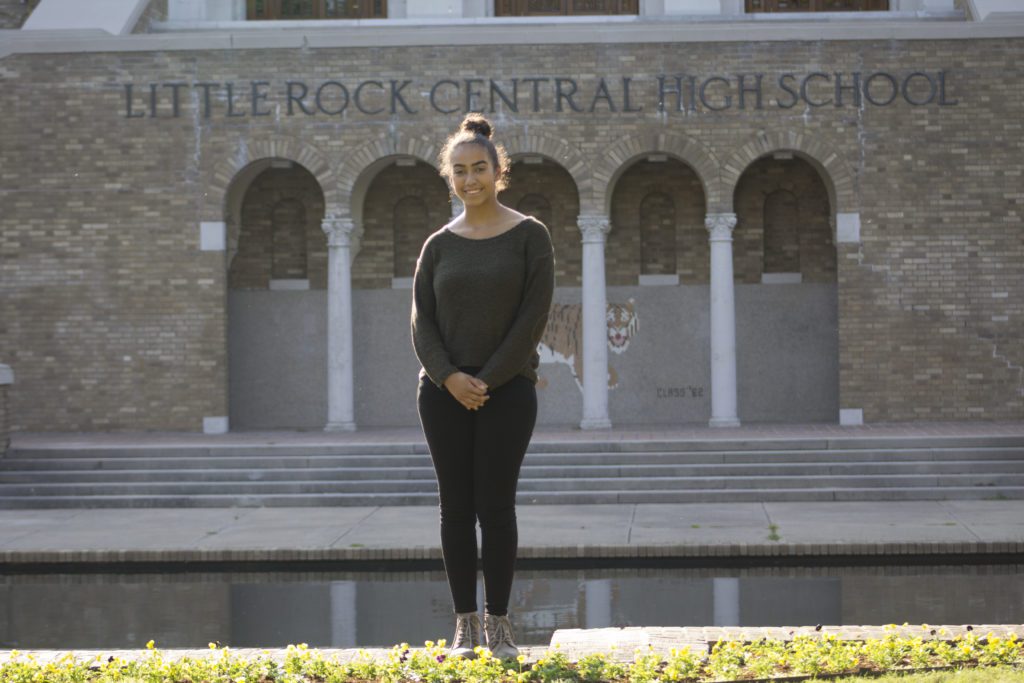 It’s crazy when I think about how the Little Rock Nine were my age–just teenagers–when they were met with this angry, racist mob at my school. The governor of Arkansas at the time even called in the National Guard to keep the nine out. President Dwight Eisenhower eventually had to call in the 101st Airborne Division to protect the black teenagers.

Eisenhower said at the time, “Such an extreme situation has been created in Little Rock. This challenge has to be met and with such measures as will preserve to the people in the whole, their lawfully protected rights in a climate permitting their free and fair exercise.”

Looking back, Phyllis Brown asks, “Why does it take an army to escort nine compared to 2500 students at Central to go to school? So what happens is that your everyday aspect of life is disrupted and corrupted.”

It’s been 60 years since the Little Rock Nine broke color barriers in education. But, living here, it doesn’t feel that long ago. Central is desegregated. But, like many schools across the nation, it’s not exactly integrated. These divisions are clear cut: black students eat in the cafeteria, white students eat on the patio. Central has AP, or advanced placement, classes, but those classes tend to be mostly white.

As a biracial black and white female, it can feel like I exist between two worlds. Even though people of different races go to the same schools in 2017, we are not necessarily living in the same version of America. So every year, when my classmates and I revisit the story of the Little Rock Nine, I don’t just celebrate the freedoms we’ve won. I think about the battles still to come.

To see more about Youth Radio’s partnership with Central High School in Arkansas honoring the teens of Little Rock Nine, visit our website and check out a Twitter re-enactment of the events of 60 years ago.