Hundreds of U.S. schools still use a Native American symbol, image or name as part of their school mascot, with names like the Warriors and caricatures of American Indians printed on football jerseys and painted on school walls. Riding the Black Lives Matter movement’s momentum, many people are continuing to call for the removal of these mascots, saying the symbols are derogatory stereotypes.

These misrepresentations aren’t just disrespectful — experts say they are also psychologically harmful. Stephanie Fryberg, a psychology professor at the University of Michigan and a member of the Tulalip Tribe of Washington, studied how Native youth contend with their group’s public representations. She found these mascots lower self-esteem and feelings of community worth among Indigenous teens and college students.

I spoke with Fryberg about her findings.

Meghan Coyle: In your study, pictures of Disney’s Pocahontas and the Cleveland Indians’ mascot lowered self-esteem for Natives even more than written negative stereotypes about alcoholism, depression, suicide and high dropout rates. Why do you think that is?

Fryberg: I think these are reminders of the ways in which other people characterize your group. I think in a perfect world, people would get to define themselves. Most people are unaware of the true history of Native people in this country. You are creating a representation and a story about Natives and whites that’s not based in reality.

And then with a lot of these mascots, people claim that they’re honoring Native people and that it’s just a sports mascot. But in actuality, it’s not just a sports mascot. It’s somebody’s identity. And that identity has consequences for how Native people feel about themselves. Studies by other scholars have shown that it also increases stereotyping and discrimination towards Natives. It increases discrimination towards other groups of color. There’s literally no benefit to using Native mascots. When you look at the science over the last 20 years, overwhelmingly, the science clearly shows adverse consequences for Native people.

MC: How do these Native American mascots affect an individual’s self-esteem and how they feel about their community?

Fryberg: We went on to look at other variables, and that is really where the mascot issue became more interesting. Native youth felt that their communities had less power and resources to improve themselves and that they could do less to help their community. A simple way to think about it is we have self-esteem, which is the belief, “I can do things and influence my world.” And this is a similar idea of how I feel about my community. And so, we’re undermining their sense of community worth and pride with these mascots. And for Native people, there’s a lot of research out there that shows that collective efficacy, like how we feel about our community, is as important as how we feel about ourselves because, as Native people, we grow up in this framework of a “we.” And so, you know, my well-being is very much tied to how I think about my relationship to the community, my family and myself.

For Natives and a lot of other groups in America and really around the world, motivation doesn’t come from simply, “What do I want to be?” It’s really, “How will I give back? What can I do to improve my community, my family?’ And it’s that desire to help my family and community that drives young people to get good grades, get an education and come back and help their families or people.

MC: So if Native American mascots undermine these students’ sense of community, which is tied to their motivation, how is it affecting their achievement?

Fryberg: When exposed to any of those mascots, the participants showed decreased achievement-related future goals. What we saw were Native college students were less likely to say, “I want to get a four-year degree. I want to become a professional, and I want to go on to graduate school.” Instead, people focus away from achievement when describing their future selves. And being exposed to a mascot led college students to say, “Achievements are not as important to me.” So what it’s doing is pulling away from their focus on academic achievement.

MC: The Washington NFL team has dropped the Redskins name. The Kansas City Chiefs are prohibiting fans from wearing Native American headdresses and face paint at Arrowhead Stadium. Do you consider that a win?

Fryberg: It’s definitely an important moment. I give a lot of credit to the elders, leaders and activists who’ve been out fighting for this for decades. And I think it’s definitely an important moment because it has come at a time when the country has really been thinking about systemic racism. George Floyd’s murder has helped this country see that racism is not simply about individual thoughts and individuals’ minds, but also embedded in practices and policies. We’re talking about condoning behaviors where the NFL is allowing fans to dress up like Natives and are basically condoning the mocking and demeaning a group of people. It’s deeply embedded in American culture. And so that shift in the conversation has helped people to see why this is problematic.

MC: And where do you see America going from here?

Fryberg: Dozens of mascots have been changed since the Washington team name was retired. The Edmonton Eskimos retired their mascot. There have been a number of high schools that have made the decision to shift away from these. The issue here is not that Native people shouldn’t be honored, it’s that they shouldn’t be honored as mascots. Dogs, cats, tigers and bears are mascots. We are not those things. We are human beings.

What we will see going forward is that the issue of the mascot is about dehumanizing Native people. You’re going to hear Native scholars and activists talk about: when you dehumanize us in this very public way, it’s not a big step to dehumanize us through murder by the hands of police or the hundreds of missing Indigenous women and girls in this country.

And until we can get that bigger story and draw that connection out, things for Native people will not change. We have to change these outcomes. 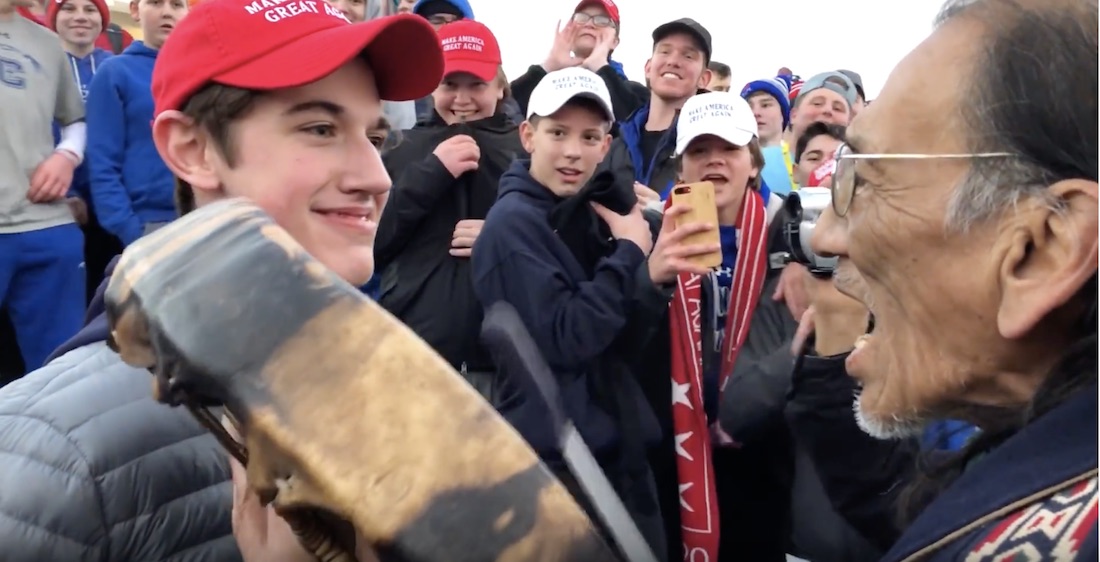 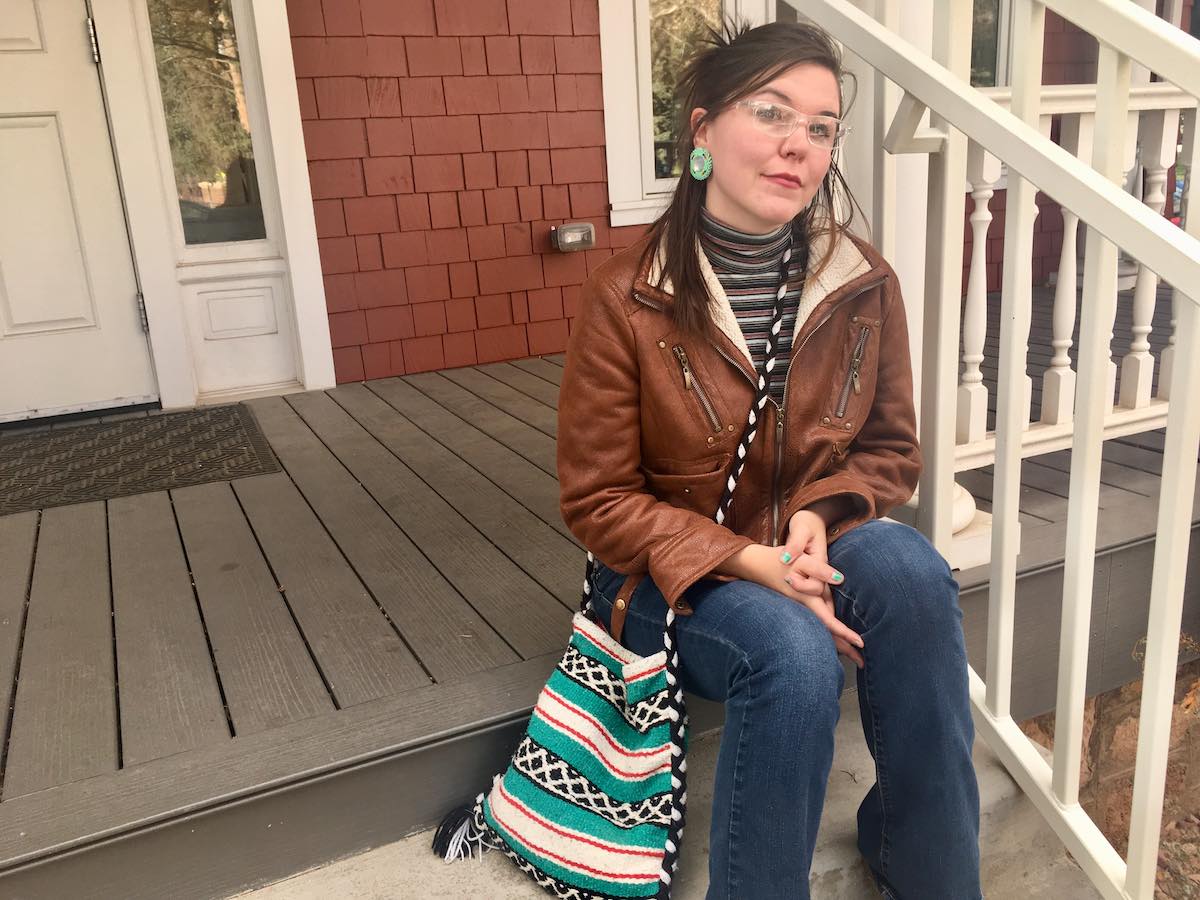