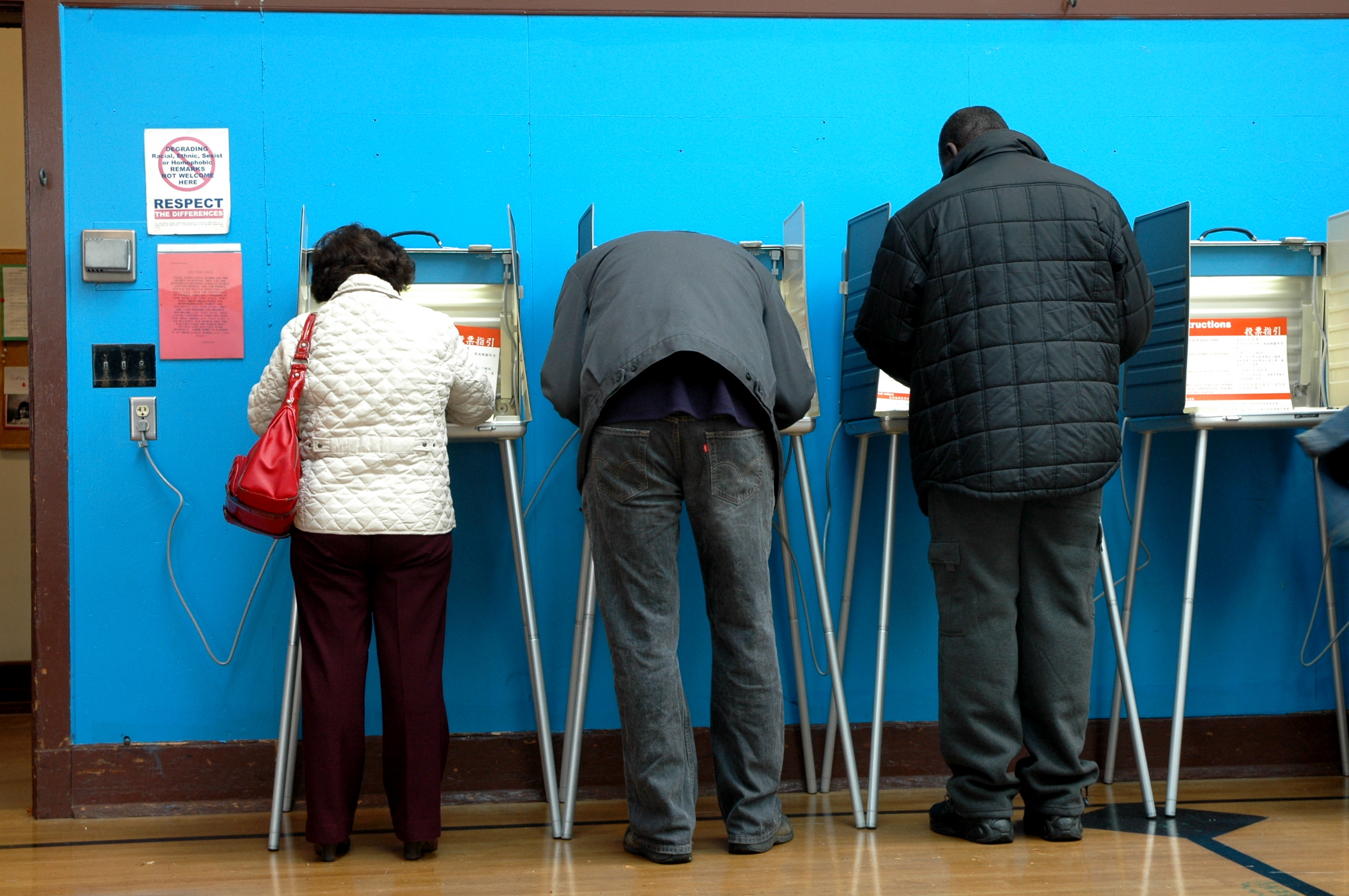 Some people are calling 2016’s upcoming Presidential election, the “most important election of our lifetimes“, and it’s easy to see why. Technology is providing venues for new voices to have their say on issues that will have a global impact, and the emotions of both the right and the left are running high as the country prepares to decide which direction it’s leadership will take — all while more and more social-media-savvy millennials are reaching voting age.

Youth Radio’s Desmond Meagley sat down with Amanda Renteria, the National Political Director for the Hillary for America campaign, to discuss how Democratic candidate Hillary Clinton is interacting with youth and the issues they are passionate about.

Q: Tell me a little bit about how you’re engaging youth in the campaign.

A: So there’s a lot of different ways. Our youth are engaged on social media, they’re engaged digitally. So we’re on Snapchat, Twitter, we also use our surrogates like Lena Dunham and whatever kind of young surrogates we can get. Because we recognize that the Secretary might not be the best messenger. And so it’s kinda fun to get young new voices representing our campaign and talking about the issues.

Q: Young people usually have the lowest voter turnout rates in elections, but the internet has kind of changed that. Some of them get involved before they can even vote. How is the Clinton campaign responding to the increase of youth [involvement] in politics in that way?

A: It gives us, from a campaign perspective, an opportunity to listen. Like when I was younger there was no place for me to have my voice out there. These kinds of things are new for [the] political system and particularly presidential campaigns. When you’ve been working ideas for a really long time, sometimes you can forget a new way of thinking about something. And I think what young folks have really brought to the political discourse is finding ways to showcase your values, and not necessarily your policies; showcase your personality and not necessarily your strategy. And I think that has lent itself to a broader dialogue with the nation.

Q: There are a lot of young people known as “Dreamers” who may have gotten temporary legal status through Obama’s deferred action program — DACA — and they’re watching this election because the future of that program, and in turn their immigration status, is uncertain. So they can’t vote, but they hold significant influence in this election. Since Clinton has demonstrated strong support for immigration reform, how is she  involving Dreamers in her campaign, and how is she doing so already?

A: From the very beginning, in Nevada, we put together this round table of Dreamers and it really started off by showcasing their stories, showcasing the accomplishments they’ve had in their lives, and their dreams as well. Not only has that turned into an important thing for the Latino and Dreamer community but largely for our ability to build big tent with a lot of different and new voices to the table, which is, “I am with you. We might be different, we might have come from different places, we might be different statuses, but if we’re in this thing together we’re gonna have a better country for it.” Sometimes that’s unfortunate because it actually brings some negative sentiment on the Republican side about people who are different. But man, if we’re not standing up for people who are different and saying “you matter too”, we’re not the country that, I think, all of us want America to be.

Q: What is Clinton’s message for young women?

A: I don’t know if it’s any different from anyone else, except for that, she’s fighting for you. For women, there are a lot of women and girls around the world that still don’t have equal treatment– in this country, equal pay. Things like that, she’s gonna speak out about. I think that’s a really important message for anyone who’s in the shadows to hear.

Q: What coming issues do you think will be especially important to young people during the election?

A: So we hear a lot about, in general, jobs. You have generations saying, “I wanna work, I wanna be able to have a living. I wanna do my thing and have the resources to do that.” That’s a huge part of it. The other thing that I’m really proud that our young generation has taken ahold of is this idea of social justice, that everyone should a shot, that people shouldn’t be treated differently.

Q: What advice do you have for young people who might feel disillusioned by the current political state of affairs?
A: We need you. We need you. I mean that. I know there’s a lot of young activists who are out there who are young and angry and upset, and that’s exactly why I want young folks to be engaged. Whether you’re hopeful or angry, I want your voices there, because that is what pushes us forward.

Q: How did you get involved in politics?

A: It’s funny you say politics because I don’t think I ever called it that when I first got into it. I really did call it public service. And it came from being very very lucky that I’ve had opportunities in life: growing up in a small town, my parents were farm workers, and being able to go to college. I went to Stanford and Harvard. And being able to say, “What do you do when you’ve been able to have that kind of path in life?” And for me that’s always been, you give back. I’ve always said this, when I ran for congress: It wasn’t about being a first, it’s making sure I’m not the last. You figure out how to make it better for that next person.