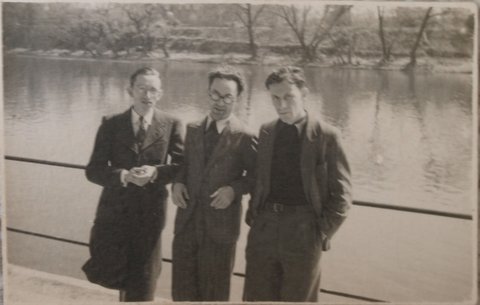 When I was a kid—World War II felt very remote. But in this political moment—my Great-Grandparents’ actions during the war take on a renewed relevance.

Recently, digging through a big lockbox in my grandmother’s closet in Vermont, I found my great-grandfather’s papers from World War II, when he fought against Nazi occupation in France.

As I held in my hands his certificate of membership for the French resistance, his false identification papers, and his correspondence with other resistance members, I was connected to the past, with an immediacy I’d never felt before.

My great-grandparents did incredible things: sabotaging radios, demonstrating in front of military headquarters and continuing to act in the resistance even from inside a concentration camp. And I’d like to think that if I had lived when they did, I would have done the same things. But I don’t live when they did: I live now. And the world is in a different kind of mess that demands our attention.

By growing more connected with the past, I feel I can also become more involved in the present. I might not be in the Resistance, but I will still resist.