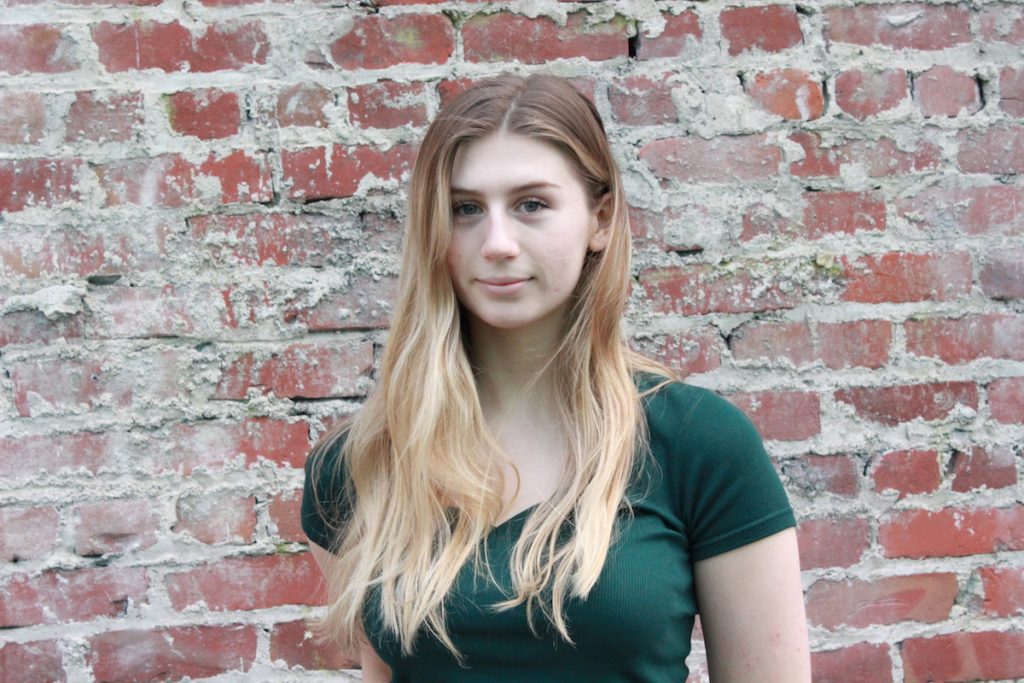 Olivia Monforte’s interest in science was not encouraged, until she had a female science teacher senior year. (Photo credit: Shawn Wen.)

I nearly failed 8th grade biology. Not because I found it incredibly hard, but because I didn’t care.

My dad has a Ph.D. in chemistry. He used sit across the dinner table from me and my sister and crack jokes. “Where did all of the scientist genes go?” We were art kids, writers, even philosophers, but never scientists.

As a young kid I remember having a lot of curiosity about animals. I used to love catching bugs and asking my dad question after question. “Do bugs bleed? Do they have hearts? How do they think?” But this interest was never really encouraged.

Sometimes I wonder, had I been a boy, would these inquiries have been taken more seriously? Would I have pushed myself harder?

Since kindergarten, I was told, “You’re just not a math and science kid.” And I believed it.

As a senior in high school I took an upper level biology class. And I had my first female science teacher ever.

I thought the class would be really tough for me. So I started studying hard. Otherwise, I thought I was fated to fail. Instead–I found biology fascinating. I started doing readings beyond just the homework, and I did great in the class. The teacher even shouted me out for thinking critically.

I have to give a lot of credit to my teacher. I wasn’t scared to ask her questions, and she would answer with patience and clarity. I felt seen in a way I hadn’t in prior science classes.

I have to ask myself, after 17 years, why was she the only person to see this potential in me?

As much as I hate to say it, I think this revelation happened too late for me. I’ve taken my role as a humanities kid to heart in a way that can’t be reversed. And I do love humanities. But maybe if I hadn’t been conditioned from such an early age, I wouldn’t have written off math and science.

With a perspective, I’m Olivia Monforte.