National Student Poets are chosen from among the national medalists in the Scholastic Art & Writing Awards by a jury of literary luminaries and leaders in education and the arts. Student Poets receive college scholarships and opportunities to present their work at writing and poetry events throughout their term.

Read the winner’s poem below. 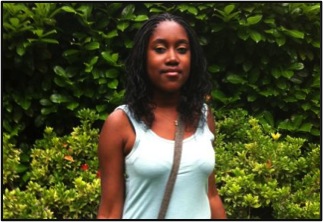 Ask any Sikh why your hair grows and he’ll tell you he doesn’t know but you should trust in God that it does. I comb her hair hoping this mixture of Dixie Peach and creeds would soak into my palms and make me holy.

Her locks of grey are a journey of great migrations and faith. She’s had the fingers of a white man weaved through her plait, coarse and resilient, cause he wanted to know if her skin was fibbing and which section he should place her in while her stomach, hungry for coleslaw and trees that don’t slump from the weight of bodies, remembered yesteryear’s lynching and the penis they stuck in that young boy’s mouth while he hung like rotted figs, but her stomach only grumbled afraid of making too much noise
Yet she still believed in the sky.
Prayer is a distant affair; my knees against floor, palms kissing, is my lie to God because she can only suck through straws for breath now, and has only the scent of her Magnolia and my whispers for company.The blinking of her eyes is poetry speaking because I tend to whisper Langston in the ears of a grandmother almost gone and since she couldn’t answer with her lips her pupils did the talking. 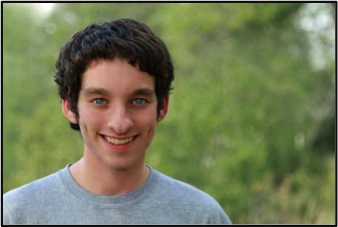 I. Text Message to my Girlfriend

II.      Conversation with my Grandma

Don’t talk about the death of language. I—you—we will die,  but language does not die. No one can crush that first palm riding          the air in a five fingered salute greeting farewell because even  curled into a fist that palm feels with the thread of human tongue.

Latin, the gasping language, is not dead, but breathing with imperceptible vitality. Salve, it says, not Vale, as the valedictorian speaks on. Hardly antiqua as antiquity lingers. Rather ingrained, the roots of a tree, as its branches palm sky, reaching towards a never-ending end.

So you see, Grandma? That text message I sent to my girlfriend? It was a rustled leaf, an extended limb, a baby’s, girl’s, woman’s, mother’s, grandmother’s song, not the death of language, which cannot die.

Don’t you feel it? The feigned disinterest, con

Don’t you understand? Standing underneath a history, a story where words fold into words? Briefly, perhaps momentarily, that swift K surfaces, the result of a gradual, momentous shift in tide, riding from text message to text mess- age, from soul to soul, from wave to wave. Though small, though seemingly meaningless, that alphabetized, un- formalized grain is part of the story of the shifting sands of language, and composes an entire poem. 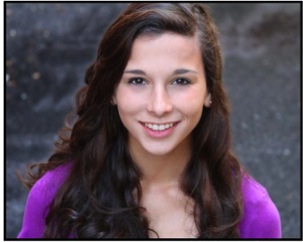 Medusa in the mirror 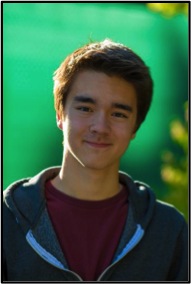 In the moment when the tiny body of the squirrel is folded into itself, the two-year symphony of its rhythms and pulses and tempos is silenced in mid-measure.

I want you to consider the energy:
rays of sunlight caught in chains of cellulose, digested, woven into muscle strands, calcified in thin willowy bones and the orbit of the eye, all of it dissipated.
Consider the tiny vibration you felt as you race onward, leaving a vague l  o  n  g  i  t  u  d  i  n  a  l stain,

follows you past three exits and the horizon.

Consider the energy. And when you have returned home, traverse your garden, cram an acorn into the soil, to take root

(because you wish you could believe in reincarnation) 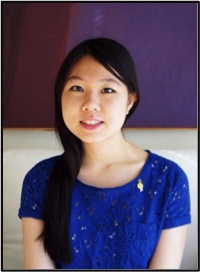 HOW TO LOVE A TIME TRAVELER.

I. Don’t.
Or, at least, try as hard as you can not to – whatever you do,
don’t go with that boy who has hands awash in stardust,
who grabs you by the wrist and promises to fly you away.
You know how stories like this always end.

II.Here are three facts about the twenty-third century:
One. In Tokyo, the sky is lavender during daylight.
Two. Hovercars do not help with motion sickness.
Three. Boys, rather frustratingly, have not become any less indecipherable.

III.Light takes its time in reaching us, so all photographs in the world
are a few moments too late – deep space is only delayed images,
a film reel that is always a frame behind.
He took me to see a supernova, one that bloomed bright red
and swallowed the sky like it was kindling. I knew it was already dead,
even as I watched it glow.

IV.The Sun is ninety-three million miles away from us,
which means its light takes eight minutes to get to Earth. There are a million disasters
that can happen in eight minutes.  Maybe the Sun has exploded,
but we just haven’t realized yet.

V. The saddest part of the story isn’t even the fact that I’ll die someday –
that part is predictable.
No, it’s the fact that he is drifting farther away from me,
even as I can feel his hands laced through mine.

VI.Maybe he’s gone already
and I’m the one who hasn’t realized yet. I won’t get a chance to say goodbye.
The greatest tragedy in the universe must be loving someone
while knowing that neither of you can stay.