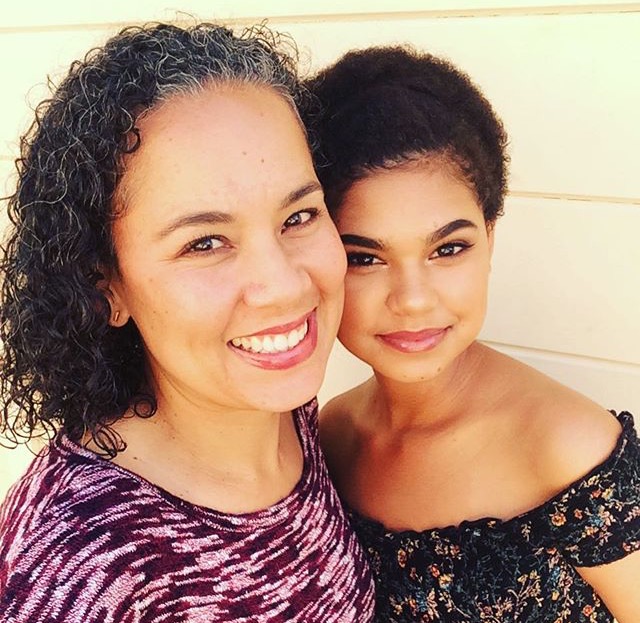 Youth Radio’s Valencia White grew up influenced by strong women in her family. Her great grandmother, Florence, a black woman in the South in the 1930s, saw the battle for civil rights first hand. Her mother, Virginia, a proud multiracial feminist, says her fight has been focused on gender in today’s professional world. To help her better understand her intersectional identity as a young woman of color today, Valencia interviewed her mother and great grandmother about what feminism means to them.

This student podcast, produced as part of our media education program, has been edited for clarity and length.

I am lucky to have a great grandmother who’s alive. She was born in Texas in 1928. Until recently, I never talked to her about important issues. So I decided to interview her and my mom to get their opinions on feminism. First up, I called my great grandmother, Florence. I wanted to ask her about feminism to find out how much race plays into being a feminist or not being one.

VALENCIA: Hey Great Grandma, how have you been?

GREAT GRANDMA: Oh, just working. That’s all. Yes doing alright. Your grandfather is not well at all. But I’m not going to go into that.

VALENCIA: Did you ever learn about feminism growing up?

GREAT GRANDMA: Did I ever learn about what?

GREAT GRANDMA: I don’t know what you’re talking about.

VALENCIA: Um, like women’s rights, you know, women wanting to have equal pay.

GREAT GRANDMA: Oh no, I wasn’t into that.

It surprised me that as someone who had faced so much discrimination, my great grandma didn’t identify as a feminist, but I also understood where she’s coming from. Being black and living in the south in the 1930s, you were already openly discriminated against, and during the Great Depression you could be fired from your job so a white person could take your place. Because of that, my Great Grandma was focused on equality for all people, not just women.

My mom has a different take on things. When I first told her I wanted to interview her about feminism, she seemed thrilled if not a little irritated that she was going to have to find a way to fit it into her schedule.

VALENCIA: When and where were you born?

VALENCIA: Did you ever learn about feminism growing up?

MOM: It was definitely a negative portrayal of feminism. Phrases like “feminazi” were said. I mean I think most about my dad. I think that he probably had a skewed understanding based on like pretty conservative media what feminism is about. But when you sit down and talk to him, he obviously does want women to have equal rights to men. It’s just some of the more extreme feminist outspoken people have beliefs that are really different than his.

VALENCIA: Do you consider yourself a feminist?

MOM: Yes I am a major feminist, I would say.

VALENCIA: What kind of things do you do to show your feminism?

MOM: Well I professionally have a job where I work to end violence against women. I’m involved in politics. I like to be involved in different groups that try to make sure that all people have equal rights.

None of my mom’s answers surprised me. I’ve always known that my mom grew up conservative but going to a more liberal college changed her beliefs and opinions. And she has always vocalized her support of feminism and being a feminist.

I came into this thinking that feminism is only about making women equal to men and having the same rights, but after talking with my mom and great grandma, I realized that feminism is much more complicated than that.

VALENCIA: Can you tell me one story where you are treated differently because you are a woman.

MOM: You know sometimes it’s hard to separate out why I’m treated differently as a woman versus a black person.

GREAT GRANDMA: No no. I can tell you about times I was treated differently because I was black.

VALENCIA: Great grandma, do think sometimes it was hard to distinguish the times you were discriminated against because you’re black and because you’re also a woman? Do you think you just kind of mush those two all together?

GREAT GRANDMA: Yeah because see, when I finished high school in 1946, the only thing that we could see was the discrimination between the whole race whether you were black female or black male.

MOM: I’ve definitely been in situations where I was accused of being overly emotional and I’m sure that if a man had expressed the same kinds of dissatisfaction or frustration, they never would have been told that they were emotional.

Through interviewing my family, I’ve learned feminism isn’t just about being a woman or not being one. Your race, where he grew up, or how much money you make can affect your experiences and beliefs too. I think it’s important to share this story because there are many stories about feminism but few of them come from women of color.