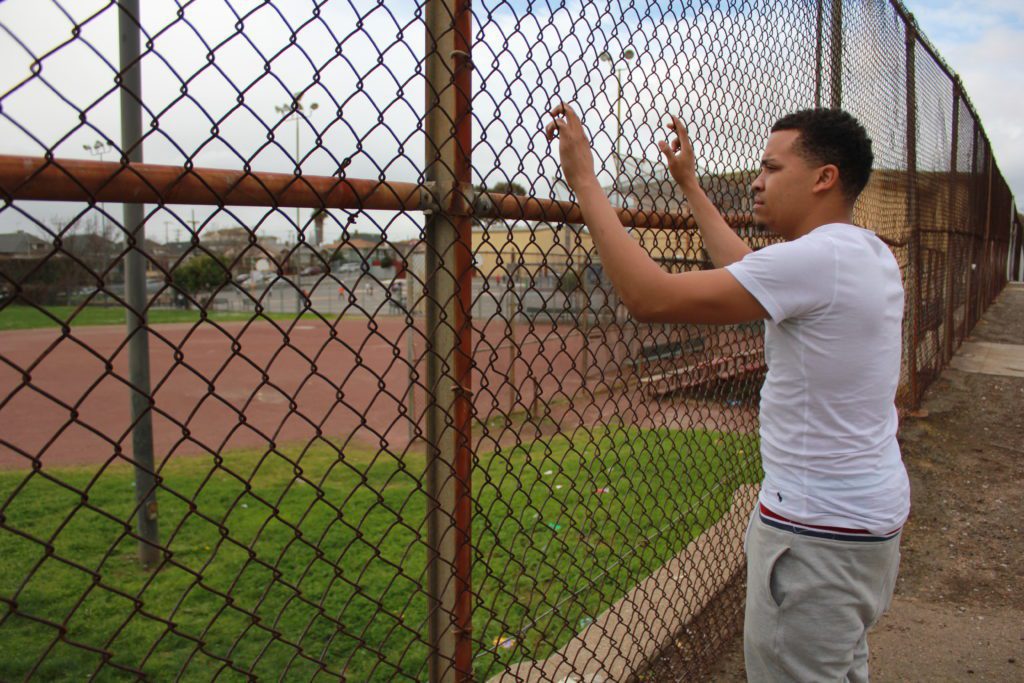 Lonnie Wright stood next to the Garfield Elementary School playground near where he grew up in East Oakland. He experienced the effects of pepper spray in juvenile hall. (Photo Credit: Sara Hossaini)

Lonnie Wright grew up in East Oakland. Over the years, he earned the nickname “Little Two Three” because he lived on 23rd Avenue, near Garfield Elementary School. Now 22-years-old, Wright says the environment he grew up in was tough.

“It was just young kids like those over there running,” he says, looking at the Garfield play area. “We were just in the heart of drugs, violence and guns and death.”

After losing his spot on the high school football team, Wright says he lost interest in school and started making bad decisions. He ended up in juvenile hall for stealing cars. The first time, he was 16. Inmates in juvenile hall were pepper sprayed when they didn’t listen or if fights broke out.

“You don’t even have to get touched by any pepper spray. You just have to be in the same room and it’s over for you,” Wright recalls. “You can’t breath. You get to sweating. Your eyes get to watering. It’s pretty horrific.”

According to the Council of Juvenile Correctional Administrators, while staff at Alameda County’s Juvenile Hall use pepper spray about twice a week, nationally nearly 90 percent of state-run youth jails don’t allow guards to carry it.

Mark Soler, the Executive Director of the Center for Children’s Law and Policy in Washington D.C. has helped set national standards for youth jails that include a strict ban on the use of pepper spray. So far, 300 counties have signed on.

Soler says juvenile facilities in the U.S. that use pepper spray are outliers, far outside the mainstream of juvenile justice practices.

“I don’t really give much credence to the argument that kids in some states are so out of control that the staff have to use this kind of chemical restraint,” Soler says. “It’s just not true.”

Juvenile justice is designed to practice rehabilitation. But Soler believes that pepper spray does just the opposite, teaching the lesson that “whoever controls the most force is the one who resolves the dispute.” 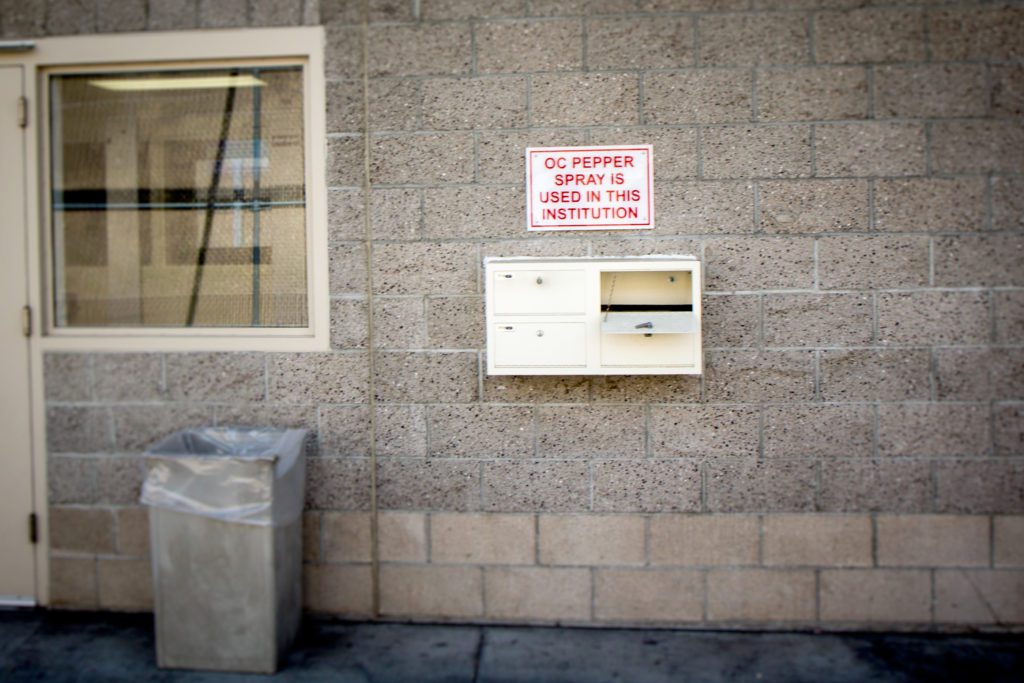 Staff at Alameda County Juvenile Hall use pepper spray about twice a week, despite the fact that ninety percent of state-run youth jails around the country don’t allow guards to carry it. (Photo Credit: Brett Myers)

According to LaDonna Harris, the Chief Probation Officer of Alameda County, the use of pepper spray is necessary.

“It’s a tool that we use because we have no other good option,” Harris says.

Harris’ department manages juvenile hall. Instead of pepper spray, she says guards could tackle youth to the ground to restrain them but, she argues, that’s more dangerous for both staff and young people.

Harris acknowledged that other facilities have decided not to use pepper spray, but says “we believe that it is appropriate here.”

“We are open to all conversations and we modify our processes and our procedures, but there needs to be something more compelling that just the fact that people don’t like it,” she says.

During the reporting of this story, Chief Harris announced she will be stepping down from the Alameda County Probation Department later this year. Some officials in Alameda disagree with Harris’ perspective.

Richard Valle is a member of the Alameda County Board of Supervisors, and sits on the board’s two-person public protection committee. Valle worries that pepper spray could be counter-productive to rehabilitation. When the board appoints the next probation chief, Valle says he wants to make a change.

“I’m really interested in recruiting somebody who is progressive and forward-thinking. Maybe somebody who is not necessarily in the field; a field that I think has been controlled by people in law enforcement,” Valle says.

The debate about the best way to rehabilitate young people has been ongoing for the past 15 years. Overwhelming evidence shows that incarceration has a disproportionate affect on young people of color. Many counties have shifted towards a more therapeutic approach to juvenile justice, and this year Alameda County officials will decide to what extent they will join in those reforms.