As part of our partnership with The New York Times Race/Related, four teens from around the country talk about how race and class played a role in their summer employment. 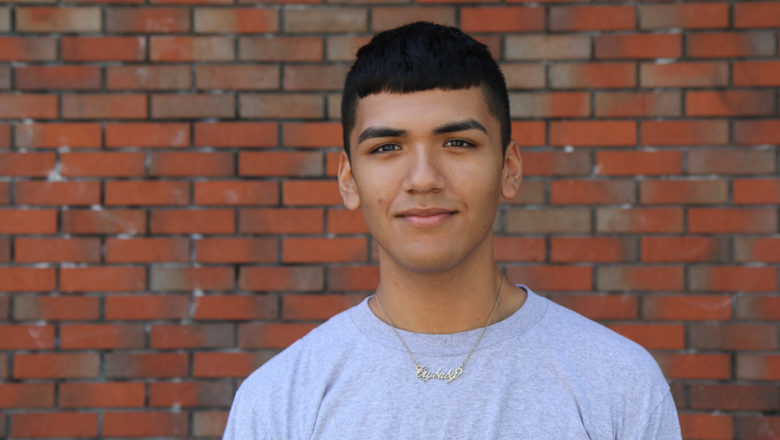 The sad truth is, I’ve given up my summer and my social life, for a paycheck. In order to pay my way through college starting this fall, I work long hours at a local fast-food restaurant, where a closing shift often means getting home at 3:30 in the morning.

It’s always awkward when kids I know come in as customers. There was a time when a whole car full of my classmates pulled up to the drive-through while I was working. They were laughing and blasting music, until they got to my window and recognized me. There was an exchange of awkward “How-are-yous.” But the underlying context was clear: Instead of being out having a good time on a Saturday night, I was at work, serving them.

Even in a place as diverse as Oakland, race seems to be a factor in who has to work and who doesn’t. I’ve noticed that my black and Latino friends are the ones who seem to work the most during the summers. Each person in my friend group works at a different fast food restaurant, so we have all the bases covered. We’re teenage representatives for our burger, taco, and pizza joints. My friends and I look to each other for support in our jobs. We complain to each other about our annoying bosses and bad customer experiences. We relate to each other when we feel sleepy in summer school from a long shift the night before.

My friends and I work so that we can afford small luxuries, like our phones or our clothes.

We get a glimpse of the kind of summer our non-working peers enjoy — hanging out, having fun — at least according to their Snapchat stories. I think that’s the ultimate privilege: not some sort of fancy unpaid internship or job hookup through your parents, but the freedom to spend your last summer before college doing nothing. In the fall, many of those kids will be off to school out-of-state, leaving the rest of us here.

I try to think of my summer job as an investment. I work hard so that in four years I can have a college degree to my name and a path carved out for myself. And sometimes when I’m stressed, the job becomes a kind of meditation. The sizzling grill, the bubbling of the fryers, my co-workers calling out orders. The constant barrage of sound allows me to block out my worries, at least for the moment.

Emiliano Villa is a writer for Youth Radio in Oakland, California. 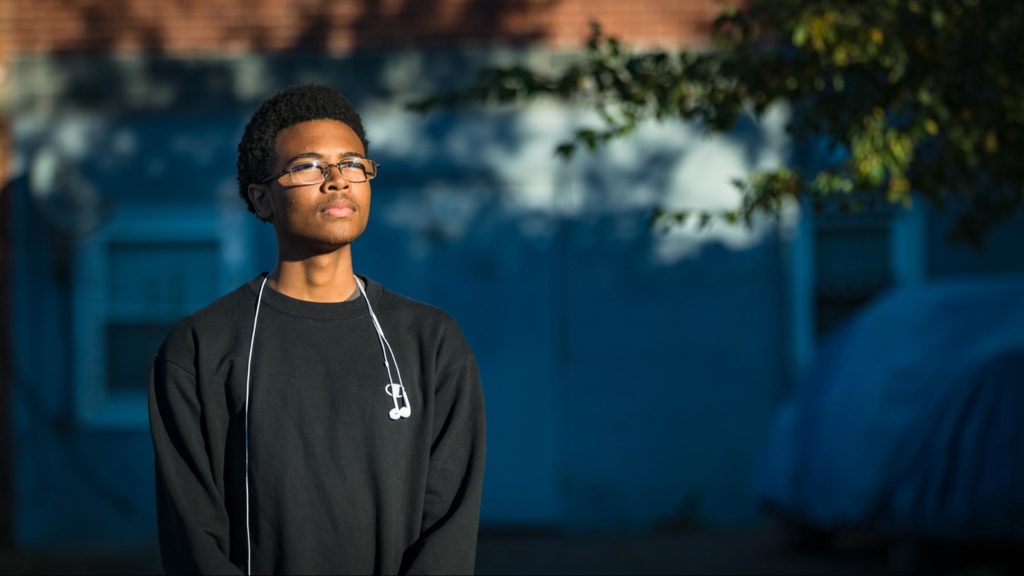 Even before I started my internship — at a company that makes mobile apps — I anticipated the racial dynamic. I rarely see African-Americans in professional STEM environments. Being young, black and Muslim, it’s a little intimidating working in a place without many people of color.

Besides race, what made me most nervous about starting was the difference in skill sets. I hadn’t done much with coding or web development. I took one robotics class in high school, and it felt pretty basic. While other people here are computer science majors, I’m mostly self-taught. I watch instructional videos on YouTube and check out online classes to sharpen my web and coding skills.

But sometimes, I still feel like I really shouldn’t be here.

So I come up with ways to cope. I learned about code-switching in my African-American Literature class, and I try to implement that at work. I use a more professional, standard vocabulary so that I won’t stand out even more, based on the way that I speak. I say, “Good morning,” to people instead of “What’s up?” I never use slang. I ditch my jeans and graphic T-shirts for a button-up shirt and khakis. I dress business-casual even though other interns do not. It helps me feel like I belong.

But I feel lucky. My company has done a lot to make me feel comfortable in this setting, where I could otherwise feel like an outsider. Everyone is very nice and helpful here. They’re open to taking on interns like me who don’t have a lot of experience, and they encourage me to learn on the job. I know a few of the other interns are black. Not that I’ve met them in person, but I’ve seen them in the intern group photo. So I know they exist. That’s comforting.

My long-term goal is to do something in robotics and engineering. I think that robotics could make the world a lot better, especially when it comes to the environment, using solar and clean energy. I know that means I’ll continue to deal with “impostor syndrome.” But I’m hopeful that as more people like me go into the tech industry, the more natural it will feel to see people in these jobs who talk the way we talk, joke the way we joke, and dress the way we dress.

Until then, I’ll try to convince myself — and everyone else — that I really do belong here.

Tahir Juba is a part of Wide Angle Youth Media in Baltimore and a correspondent for Youth Radio. 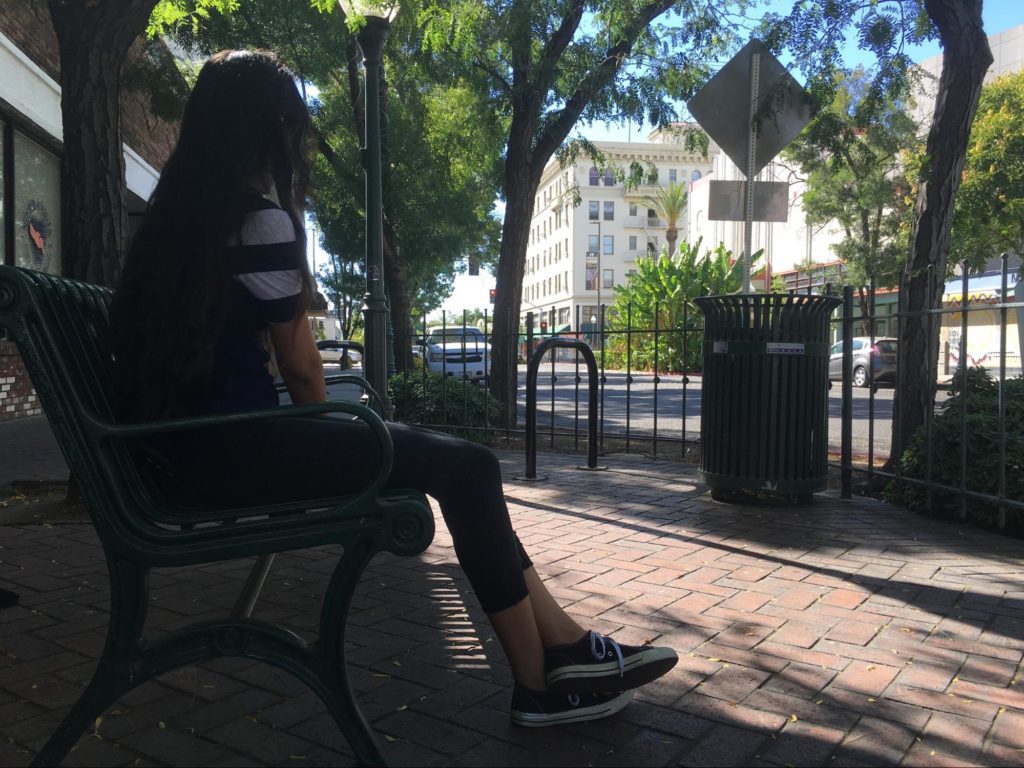 (Maria requested that her full name not be used. Her family was granted political asylum in the U.S., after fleeing Mexico, but they still fear being targeted by the cartels.)

This summer I’ve gone back and forth between taking college classes and doing short stints as a farmworker here in California’s Central Valley. My first time working in the fields was last summer with my mom. I had been asking her for money to buy school supplies, and we both knew it was a way for me to have a little pocket money and also help out.

Around my hometown Merced, I know other kids who work in the fields during the summer, so there’s no stigma attached to it. Still, getting ready to go work out there for the first time last year, I was nervous. I knew it would be a heavy job. It’s hot and very physical work. I asked my mom what I was in for, and she told me I’d know what it was like once I did it. And she was right — it’s something you have to experience to understand.

We wake up really early — 5 a.m. — which is hard for me since I’m used to sleeping in. I put on lots of layers — a long-sleeved sweater, a hat, boots, and a handkerchief. It gets hot, but we need to wear it all in order to protect ourselves from sunburn later in the day. We have to bring our own food and water. In the mornings, mom packs lunch for both us (usually sandwiches and beans) and then we head out together.

The shifts start around 7 a.m. and go until 4 or 5 p.m. Last year, I was too young to pick anything, but there are lots of other jobs to do out there, like clear sticks and brush to make it easier for workers to move. At one point, my job was to get rid of pests; I think they were gophers. I used a shovel to throw poison into their holes and cover the opening with a mound of dirt. I felt weird because I like animals and I don’t like the idea of killing them. I did it because it was part of the job.

My friends who regularly work in the field do it because they want to earn money and they don’t like school. But I work because I love school. It’s a way to make my education possible. I earn money for books and supplies. Going to school is first on my mind. My mom thinks about it, too. She says she works in the fields year-round to make it possible for my siblings and me to do something better.

Working in the fields for the first time was hard. I was exhausted at the end of the day. But at the same time, I enjoyed it. I like the sounds of the fields, hearing people speaking Spanish and the radio blasting ranchera tunes. It sounds like my childhood. I find it comforting. Being out there, I feel more connected to my community. And I’ve recently started getting involved in politics to advocate for immigrant and farmworker rights.

Even though I could get a job doing other things, I like being out in the fields with my mom. I feel like I understand her better now that I know what she goes through every day.

Maria is a part of We’Ced in Merced, California and a correspondent for Youth Radio. 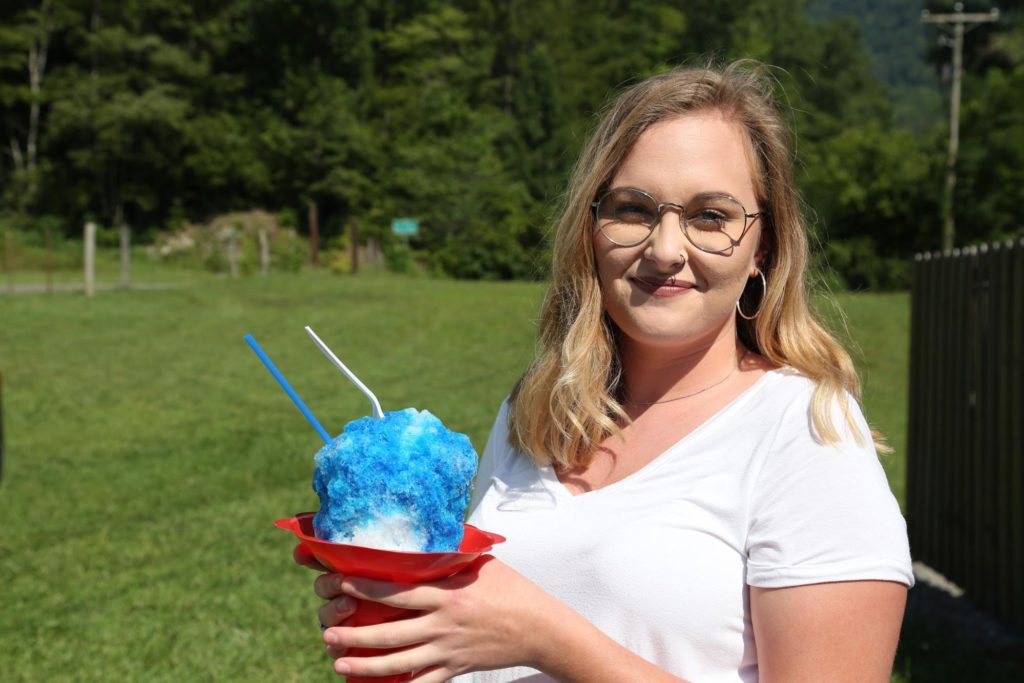 In my hometown McRoberts, there aren’t a lot of options for summer jobs. In fact, there aren’t a lot of businesses, period. Most people drive 30 minutes away just to get their groceries. I live in the remnants of an old Appalachian coal town, which is predominantly white. Since many residents have moved to seek better economic opportunities, the area feels isolated.

It’s typical for kids here to work. I started at a shaved-ice stand when I turned 15, so I could begin saving up for a car and clothes. Now at 19, I’m still at the same job and I usually have a second one. I do this because I want to have the freedom not to rely on my parents. There are young people around here who are better off, but most people are in the same boat, working hard and living comfortably enough.

My second job is a paid internship at a youth media organization in Whitesburg, Ky. I’m making a film about my community and black lung, a disease that affects miners. This is the first time I’ve ever had a job where I’ve been paid to be creative.

My job at the shaved-ice stand has nothing to do with creativity. On a typical day, I make more than 300 shaved ice cones. There’s a machine we use to break down the ice. We adjust the blades and it transforms the ice block into a big pile of snow. I’m a perfectionist about the final product, and I’m often assigned to train new employees. But the truth is, after four years I hate working here. I just don’t have that many other options. Between my two jobs, I work seven days a week. It’s very draining. I’ve been sick a lot this summer, and I think it’s because I’m stressed all the time.

It’s not just teenagers like me who have to work jobs like this to make ends meet. Since the mine layoffs, a lot of people are having to switch careers and take on service or retail jobs to help their families. I worked with a single mom at the shaved-ice stand. She was there up to six days a week, just to provide for her daughter. The pay wasn’t much, hardly anything in comparison to her ex-husband’s old mining job. I thought her hard work was admirable. It wore her down, but it meant her daughter had everything she needed.

Everyone my age is faced with the same predicament: should we stay or should we go? I want to contribute to this place. This is where my family is from. It’s where I have my network. I love how even if you don’t know someone here, you still smile at them on the street. But the reality is that jobs are hard to come by in Appalachia, and chances are slim that I can stay here and be successful at the same time.