Shortly after enrolling in elementary school, one of my classmates threw the n-word at me in a small scuffle. I cannot remember what the little boy was so upset about — it was probably something elementary school students usually get upset about. Maybe I was hogging the markers; maybe I cut in line, or vice versa.

It was the first time I had ever heard that word. I didn’t know how to react. I had many questions. Should I be upset? Could I call the white student the n-word too? Who invented this word? Do adults use the word? 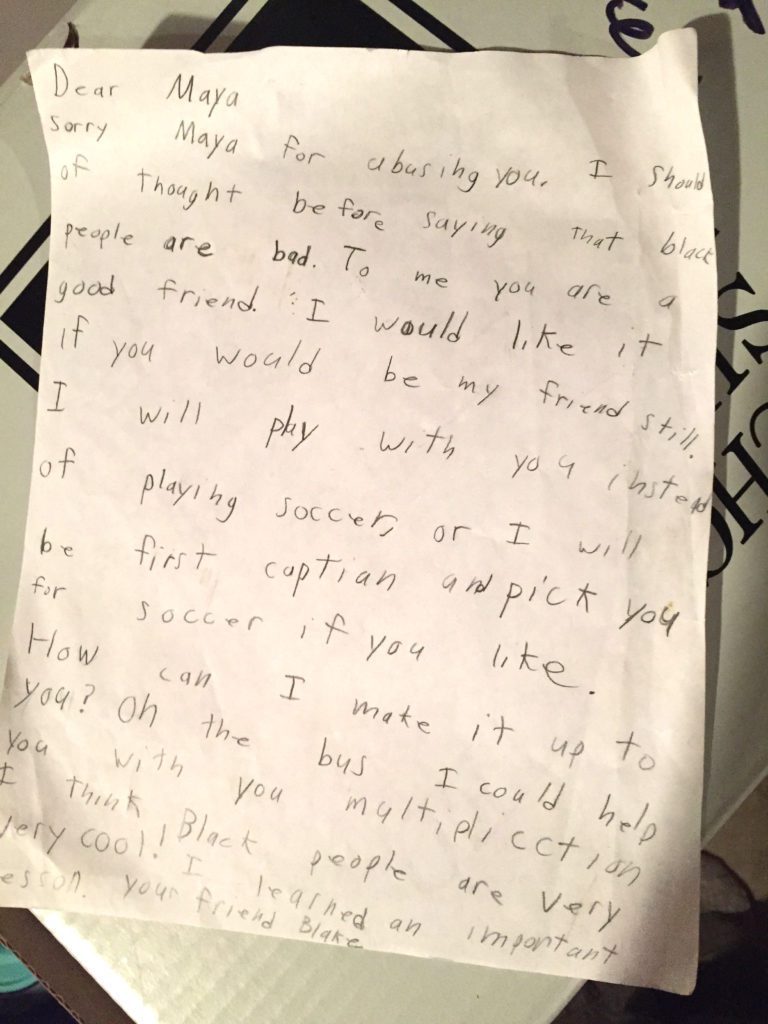 Before that moment, I had no idea what race was or what class meant. Now I had to grow up.

My teachers tried to intervene — yanking the little boy’s arm and demanding he look in my eyes and “see the pain she feels!” They forced him to stay in and write apology letters during recess in their words, not his. “I should have thought before saying black people are bad,” says one note I’ve kept all these years, “to me, you are a good friend.”

But the letters didn’t stop the name-calling or the rock-throwing at recess, at the bus stop, or after school.

Back then I had a lot of loud temper tantrums. I was not a picnic for my parents. I cried a lot. I was irritable. That’s when my father — who grew up in Longview, Texas at the height of Jim Crow politics — started talking to me about race. After my teachers told him about the incident, he had no choice. He had to teach his five-year-old daughter the tragic story of African genocide and white supremacy that was the American slave trade.

My dad’s struggle and the struggle of his parents were now rubbing off on me at such a young age. No longer a little girl in the suburbs, but a descendant of people considered cattle. No reparations.

I remember thinking: this is unfair! What did I do to be born black?

Traverse City, Michigan is 94 percent white. So it’s no wonder I felt alone growing up as a half-black, half-white little kid.

I am biracial, but in the United States, more often than not, I am always going to be labeled as a person of color. I constantly have to choose between one side of my culture and the other — always seeking a greater identity. I feel like a puzzle piece that got lost, always trying to find some way to fit.

Maya James is a correspondent at Youth Radio. Her essay was produced by Youth Radio and appeared as part of Youth Radio’s collaboration with the New York Times Race/Related newsletter. For more stories, go to the Race/Related hub page. 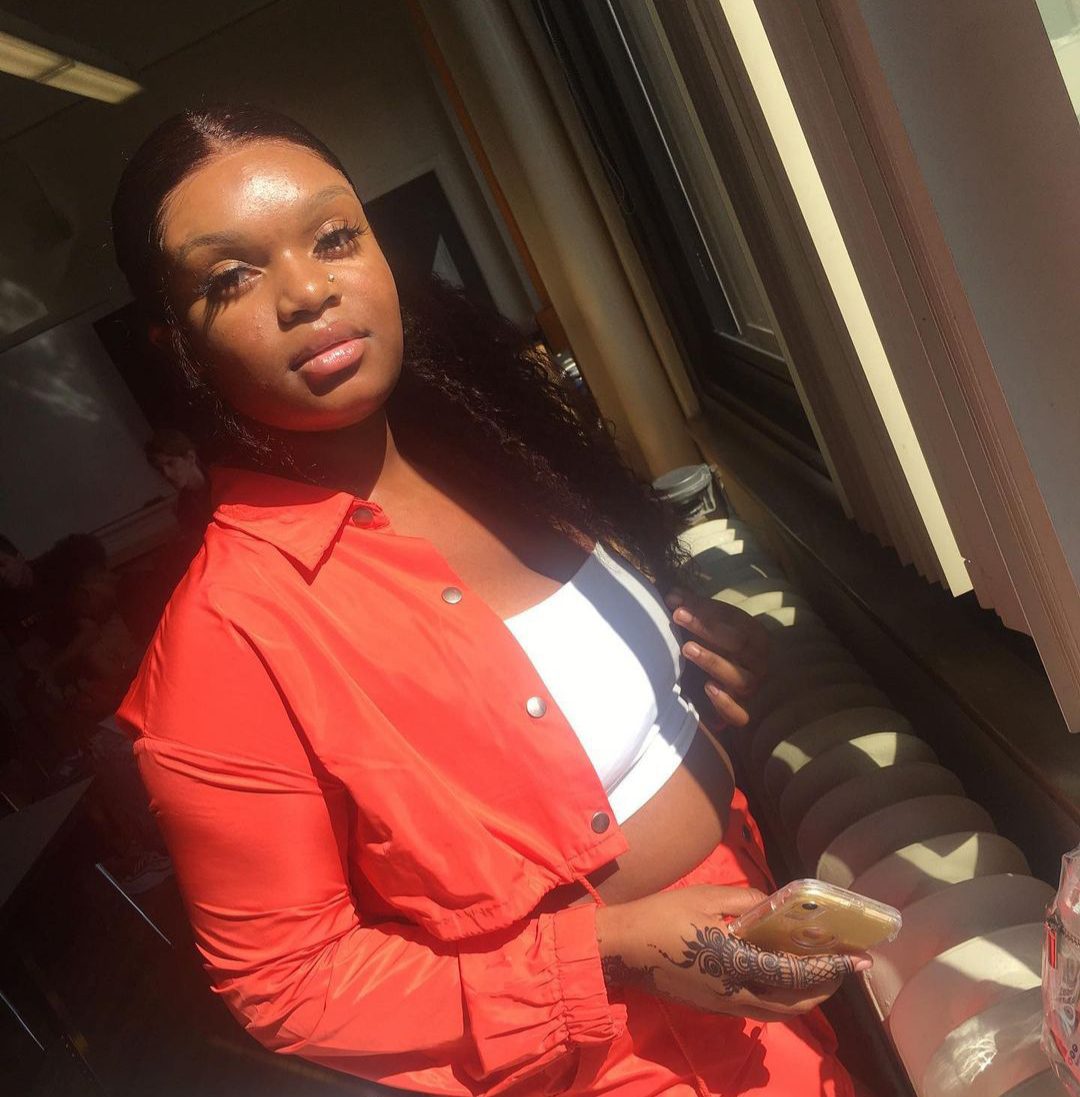