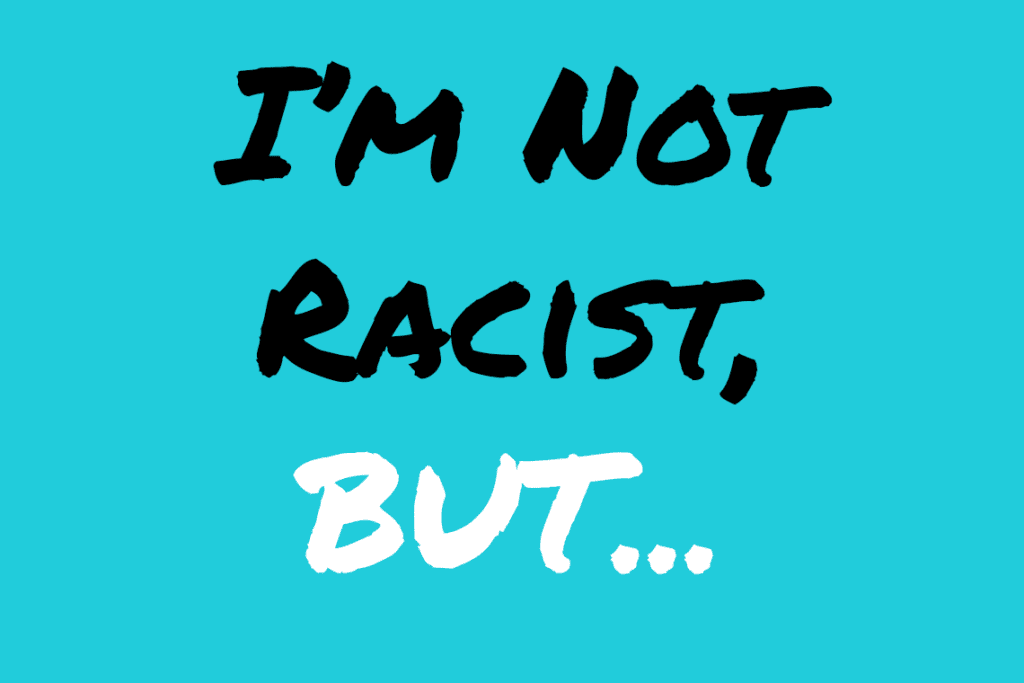 In the wake of the violence sparked at the white supremacist rally in Charlottesville, Virginia, this past weekend, some people are all shaken up that racism could exist in 2017. But the truth is that racism never left in the first place. And it doesn’t only exist in conservative places. It’s hidden and tucked away in liberal areas as well.

Having grown up in supposedly “liberal” spaces, Youth Radio’s Content Curators examine their own experiences with the less overt bust still common forms of racism. 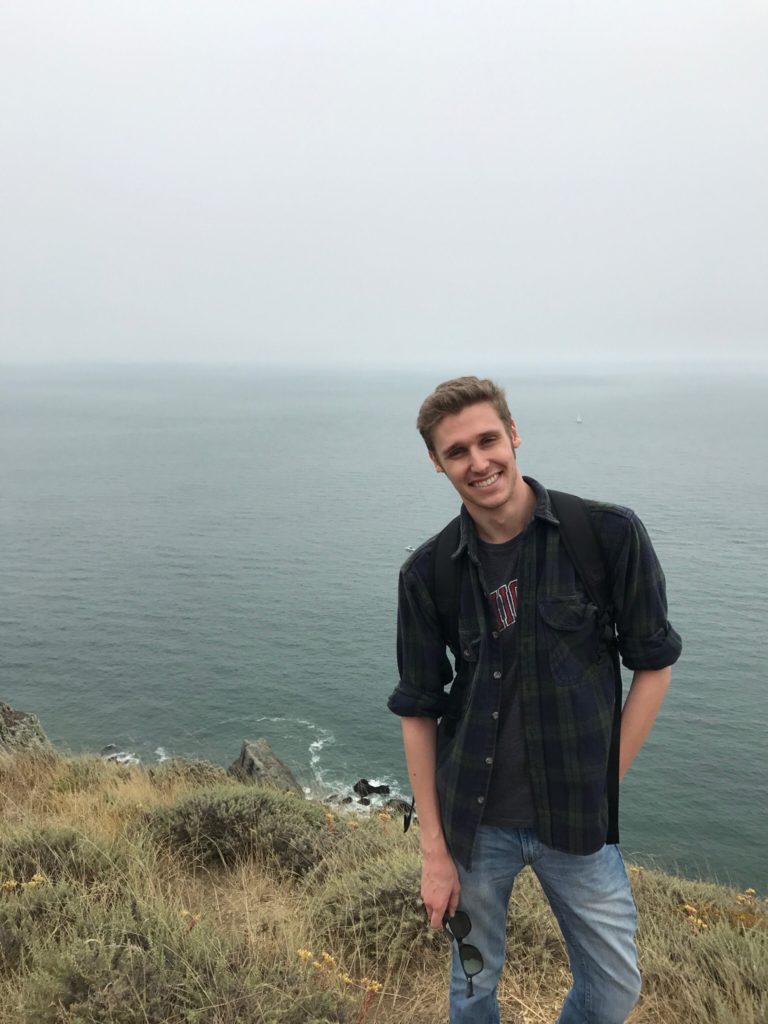 As a cis-gendered, white male, it’s not surprising that I’ve never really experienced direct discrimination. Even when I came out as gay, no one in my seemingly liberal town seemed to treat me any differently. However, in a place as affluent and predominantly white as my hometown, racism will always appear in one form or another, whether it lurks around the punch bowl at a fancy dinner party or is ingrained in the policy of the local police force.

In Orinda, CA in particular, a very special type of racism has appeared, a tactic I like to call the “Roundabout Racist.” These racists are quick to declare their liberal values, or to tokenize their connections to minorities, usually in the form of “my doctor/dentist/manicurist is from Mexico!” or some variation of the same. But when it comes down to actually talking about race, their racism is revealed through their complete avoidance of the topic.

These are the types of people that, when asked to describe a person of color, they go into immaculate detail about their clothing and jewelry choices before even considering saying the word “black”. However, when asked outright if the person they are describing is of a certain race, relief fills their voice as they agree. “Yes, she’s black. That’s it,” they say, overjoyed they weren’t the first to acknowledge that different races exist.

Over time, as white parents in Orinda criticize local teachers of color for being “too intimidating” or “better suited for inner-city teaching,” their children casually toss about racial slurs in their classrooms, revealing prejudices once masked beneath layers of denial and a façade of liberalism. 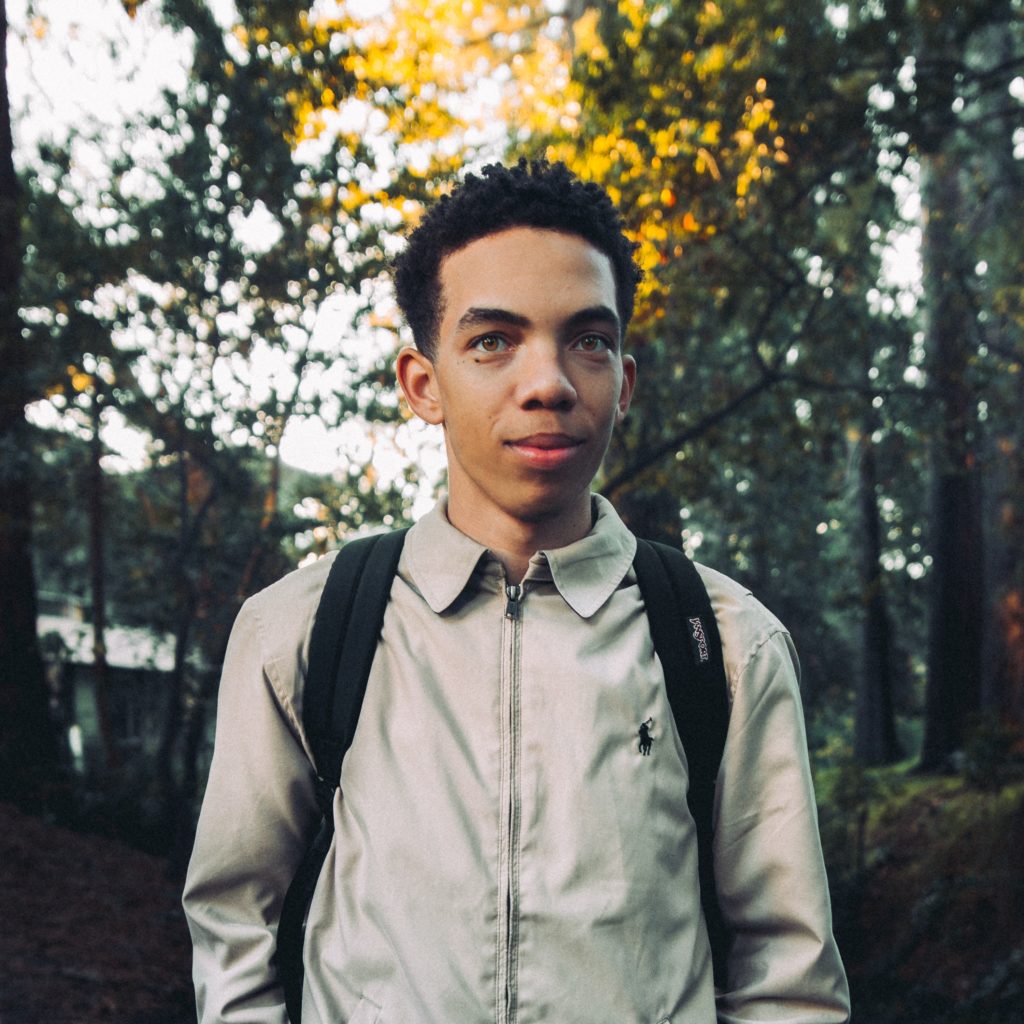 I am an 18-year-old African American from Oakland, California. During my Sophomore year of high school a friend of mine attempted to convince me that white people are the standard for beauty.  It was during lunchtime, and I was hanging out with my multiracial, but predominantly white, group of friends. We were discussing topics pertaining to standards of beauty and what aspects of people that we found attractive like jawlines, waist size, muscle tone, and (a surprise to me) skin color.

One’s skin color has never been a determining factor of beauty in my eyes, so hearing a few of my friends discuss it so casually took me off guard. When asked for my opinion, I simply stated that there is beauty among every skin color. I received a few nods in agreement, but my response did not sit well with everyone in the group. With a confused look of disbelief on his pale face, one of the group member stated that the only reason that I found African Americans attractive was due to the white characteristics that I see in them.

I told him that he sounded like an idiot.

The conversation ended after that. At the time I did not realize this, but his perception of beauty was tied to society’s projection of it and systemic racism. It must have baffled him to discover that I did not allow the white gaze to dictate my ideas of beauty.

3. “Swept Under The Rug” Racism 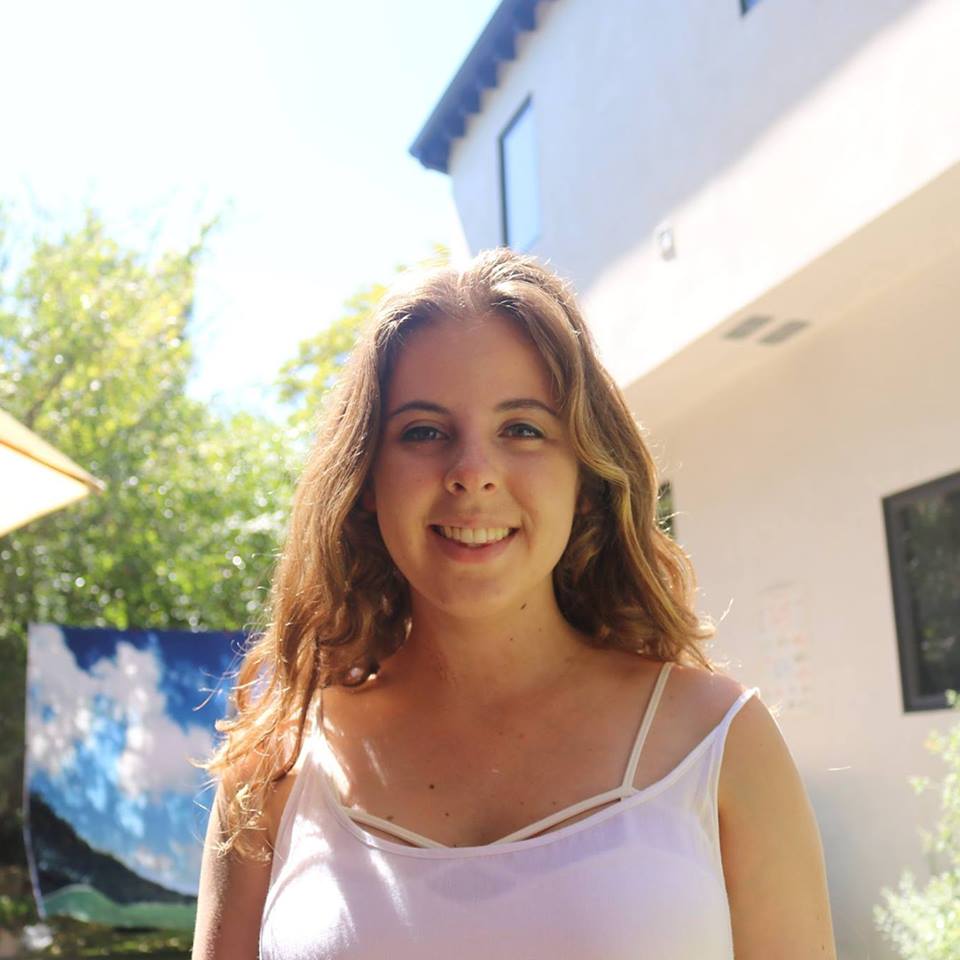 Los Angeles is seen to be a predominantly liberal area, but during my senior year, my high school was vandalized with a swastika, mentions of the KKK, and homophobic slurs. Suddenly, what was supposed to be a safe space for students to learn became a place full of racism and discrimination.

That was horrible enough, but what really baffled me was the way that my school handled it. They let students decorate the school with positive messages using chalk, and allowed the students to have a sit in, but they never addressed the issue with the student body. They mentioned it during Monday morning announcements, and had teachers discuss it in class, but never had a school assembly or anything of that sort to address it.

By basically ignoring the issue, more racist instances have occurred at my high school. It’s time for them to take real action, because clearly arts and crafts aren’t working. 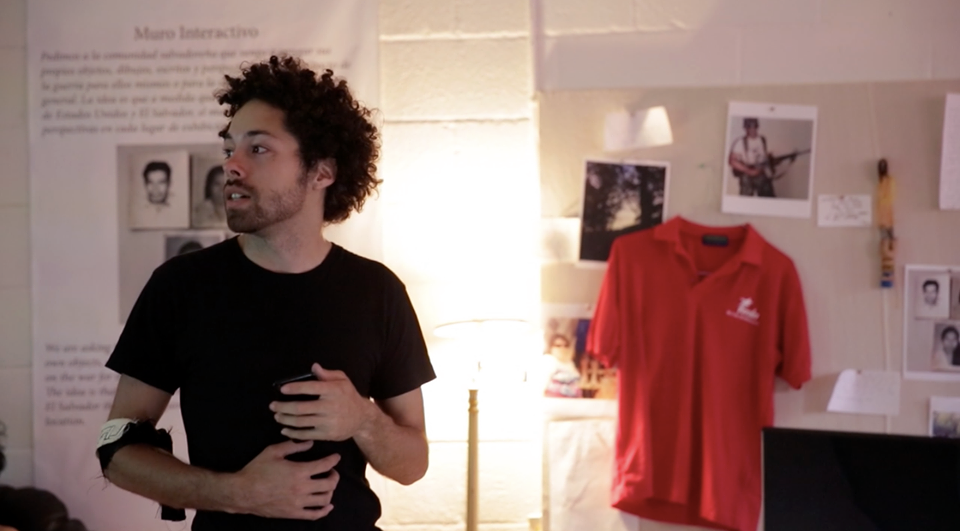 I worked for my university for about a year as a producer in their advertising and media department. My school prides itself on being social-justice oriented and aware. But I quickly discovered that the way people saw me at work didn’t reflect that “woke” branding.

The entrance of the campus media office has two sets of glass doors that you need a key-card to buzz into. On a couple of occasions I would forget my key-card inside or at home. When that happened, I would wait until I saw someone who also worked in the office buzz in and then I’d walk in after them. But on more than one occasion, I was interrogated by coworkers when I tried to come in:

“Who works in your department?”

“How long have you worked here?”

I was taken aback about how, even after a year of working on the same floor with these people, I was considered suspicious. I wondered if I were a white, blonde woman, would I have been questioned with the same intensity? Would they have remembered my face and the fact I was their coworker?

What hurt the most was that my desk was one of the first ones you passed as you walked into the office. What this told me was that I was only noticeable when they thought I may be coming in to try and steal something. Otherwise I was just another anonymous brown face in the office. 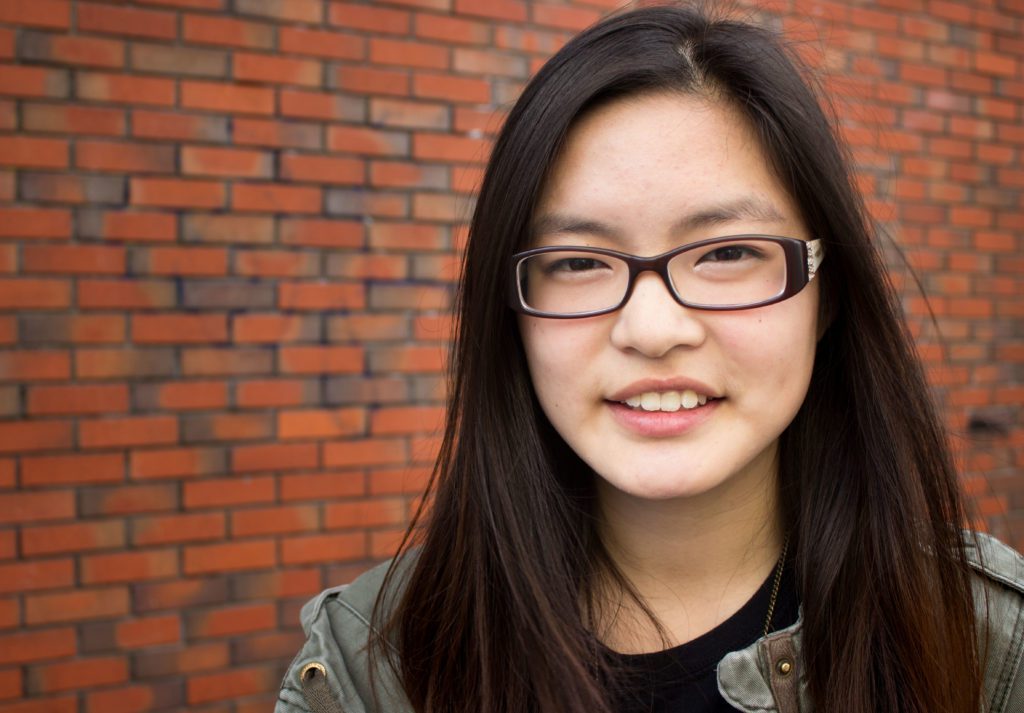 I frequently help out at my family’s donut shop by helping serve customers. And if there is  one question I hate answering, it’s this one: “So, where are you from?” Because when I respond that I was born and raised in San Francisco, I have to brace myself for the next follow-up question:

“Oh. Well, where are your parents from?” Once I tell them that they were raised in Cambodia, they’ll try to relate to me by saying how they love Cambodian culture or how they have been to Cambodia once 10 years ago.

Comments like these are uncalled for. With one glance, complete strangers calculate that I must not be American because I don’t fit their image of what an American looks like. They try to speak to me in what they assume is my native tongue. As though by trying to relate to me, they can feel validated about how knowledgeable and accepting they are. In reality, they make me feel uncomfortable and exotified. I have to prepare myself to answer a barrage of questions about my identity on a daily basis. It’s a reminder that I will always be labeled “un-American” in this “accepting” community.