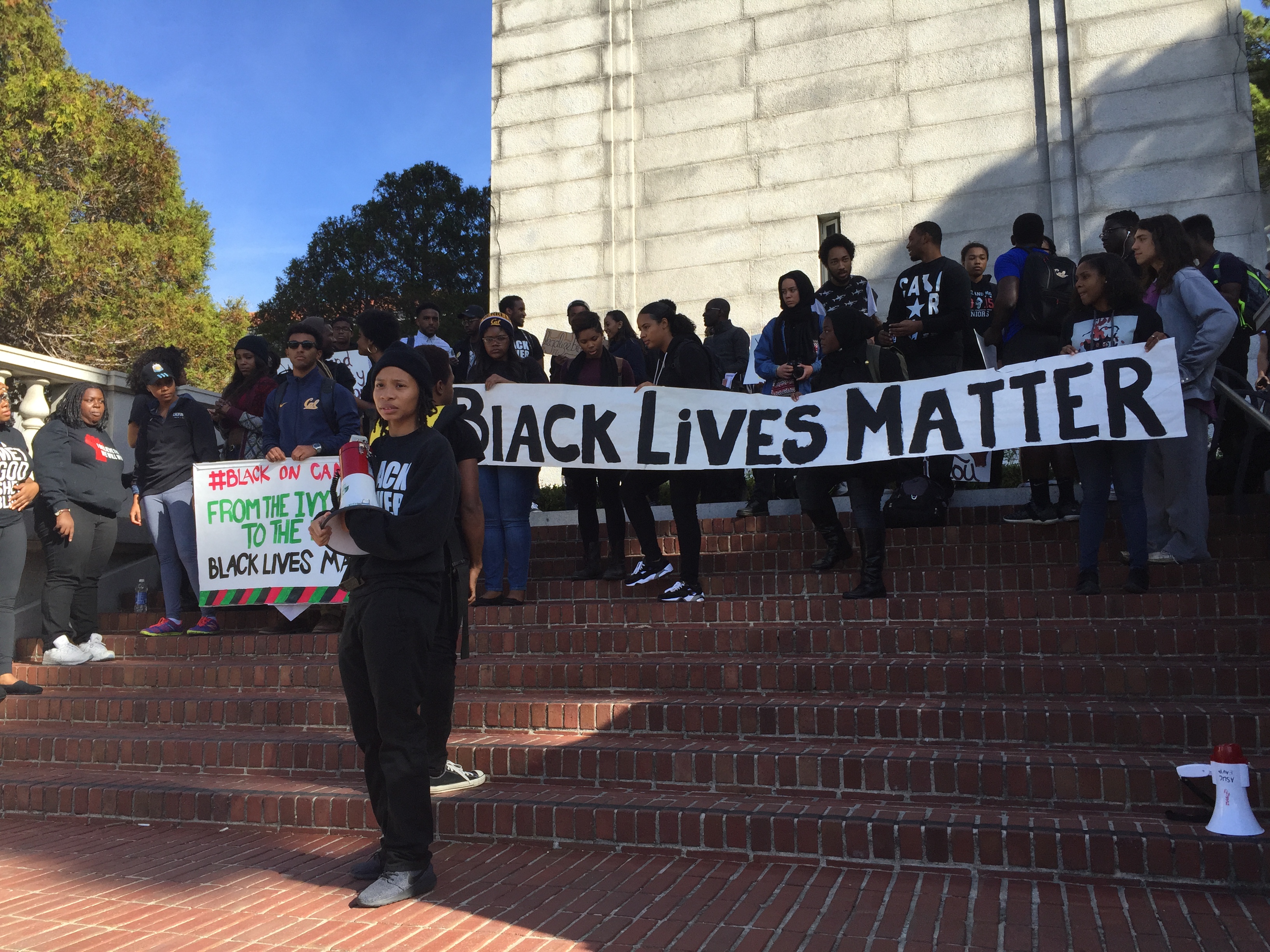 What does “safe space” mean exactly? This phrase keeps taking center stage in the coverage of campus protests around the country. You might associate the phrase with elementary school rules – such as “no hands on your neighbor.” But as the country deals with a more racially charged climate, the concept of safe space gets complicated. While its exact definition gets hard to pinpoint, you know when you’re not in one.

“I was like ‘Oh I’m going to fit in perfectly here.’ When I got here, I didn’t realize that I’d feel so uncomfortable — that I’d have this imposter syndrome since the day I set foot in here,” said Diamond Webb, head of the Black Student Alliance at Occidental College in Los Angeles.

Only 50 percent of Occidental students are white, a figure that initially attracted Webb to the school. She said, “And the reason I wanted to come here is because Oxy had this rhetoric of diversity, equity initiatives and such. But they don’t actually fulfill them. They don’t put them into action.”

This kind of disconnect is what’s driving students of color to organize for changes, like removing the LA Police from campus and increasing the budget for the chief diversity officer. At Occidental, the administration eventually backed most student demands. But across college campuses, students don’t always agree on what changes will create a safe space.

Steven Glick, a student at Pomona College, feels that the focus on “safe spaces” pits one race against another. (Photo credit: Noah Nelson/Youth Radio)

“When we’re talking about an instance where a safe space is being created in a place that should be for all students — if we’re saying that now it’s just for certain students — that’s where I think there’s a problem,” said Steven Glick, a white student at Pomona College in California. Glick works on the student newspaper, the Claremont Independent. He says sometimes the focus on “safe spaces” pits one race against another.

“I don’t think that’s going to help the goal of achieving racial equality and making the campus a comfortable place for people of all racial backgrounds,” said Glick. 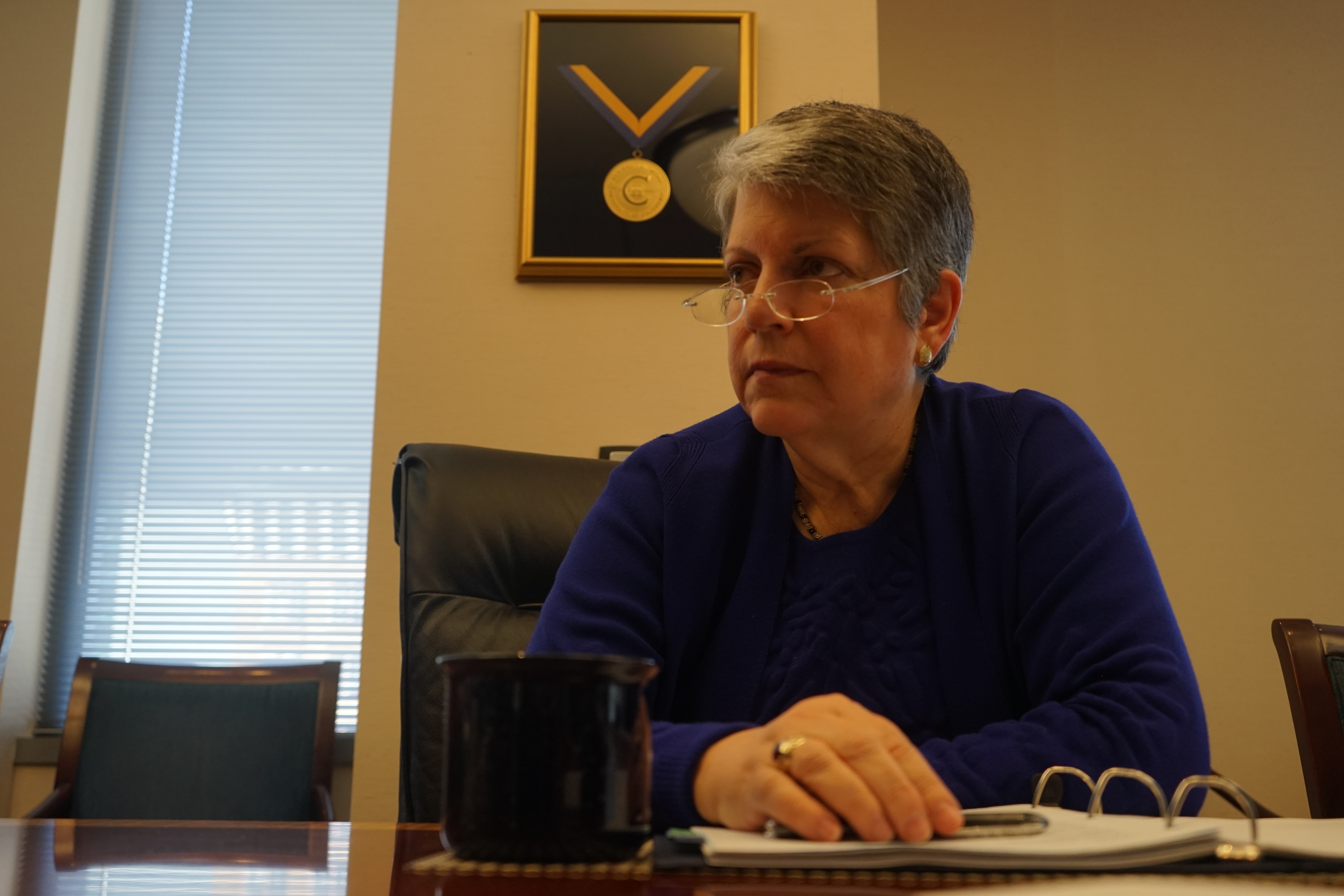 Janet Napolitano is president of the UC system, where enrollment of black students has dropped since Prop 209 was passed by California voters in 1996. (Photo credit: Pendarvis Harshaw/Youth Radio)

Some students are asking: is the frame of safe space the right one if students come to campus with such different backgrounds and experience campus life so differently? Since October of last year, there have been more than 150 complaints of racial harassment at colleges reported to the Department of Education. Nooses on campus, and threats to students of color are some of the extreme cases, but there’s also a lot of talk about micro-aggressions which probably don’t make the list.

When it comes to creating a safe space at the University of California, system president Janet Napolitano is concerned about more than students’ physical safety.

“What we’re talking about is, are there active channels of communication?” said Napolitano. “So that students have a way of raising their concerns and are listened to, and things are dealt with and not just blown off. It has to be active engagement to work.”

There is also the challenge of sheer numbers if black and Latino students are looking for a critical mass on campus. But that’s where it gets tricky. Race-based admissions are illegal, since Prop 209 was passed by California voters in 1996. Since then, the number of black students has dropped. They only make up 3% of UC’s flagship campus, Berkeley.

“For three years, I was the only black person in this department. That’s students, faculty and staff. There was nobody else!” said Iman Sylvain, a PhD student studying plant microbiology at UC Berkeley. 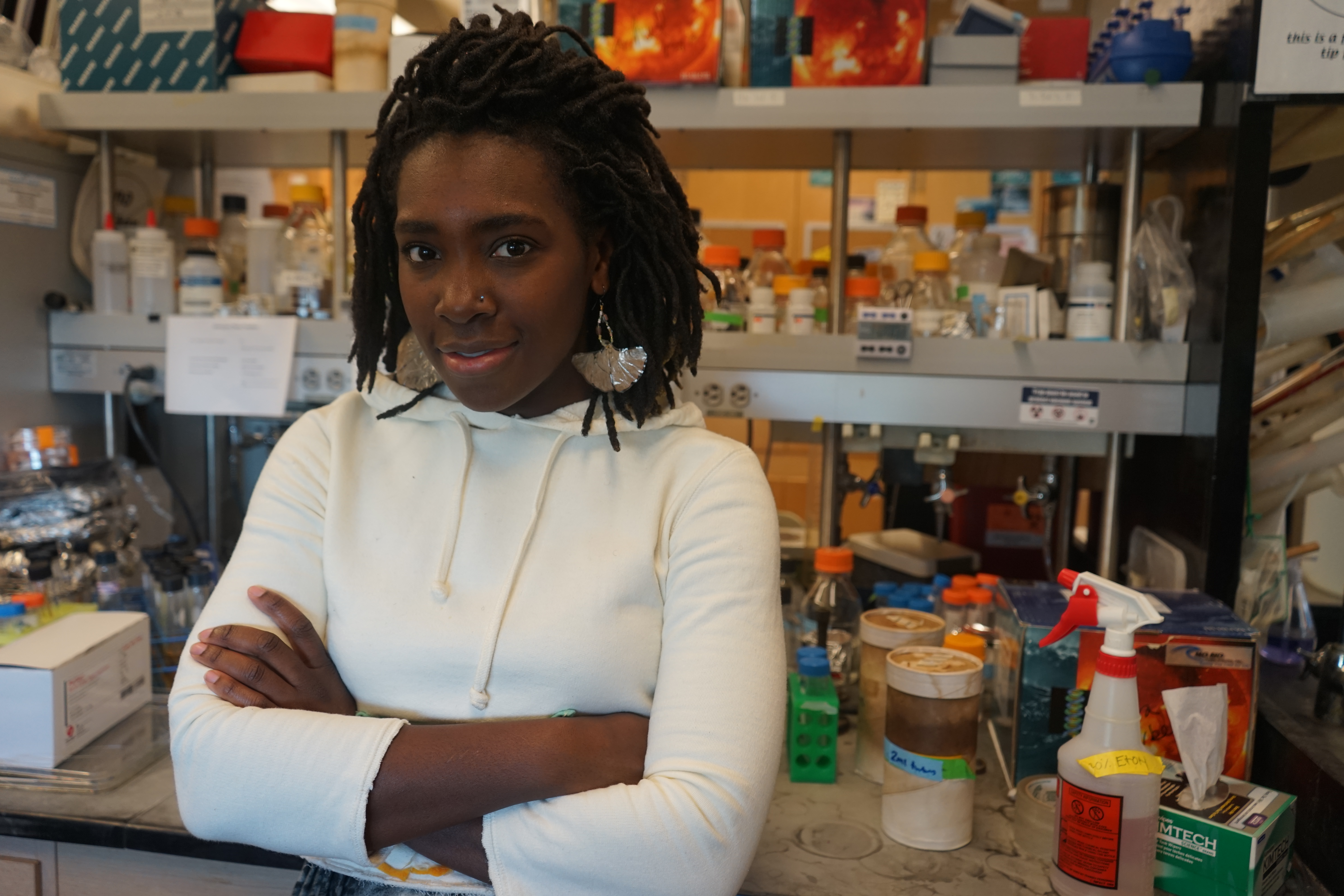 Iman Sylvain is a PhD student studying microbiology at UC Berkeley. For three years, she was the only black person in her department. (Photo credit: Pendarvis Harshaw/Youth Radio)

“And it’s really tough because now we have this culture of exclusion which creates a campus climate that is hostile in a lot of ways, so even students who qualify choose to not come to the campuses because it looks so bleak,” said Sylvain. “Because there are Compton Cookouts and Kanye Western Parties where white frat boys dress up in Blackface.”

At a recent protest organized by Cal’s Black Student Union, students carried on the free speech tradition here, calling for change in solidarity with protests around the country. The crowd chanted, “Aint no power like the power of the people.” Na’ilah Nasir is vice chancellor for equity and inclusion at Berkeley. She says the push for change on campus totally relates to larger movements like Black Lives Matter.

“And it just so happens that we live in a society where anti-black racism is still really prevalent. And that seeps into the campus,” said Nasir. “So part of what we have to do is train ourselves to see it when it operates, and not just ignore it because we would prefer to imagine that our campus is different than the rest of the world.”

The safe space debate is not likely to go away soon, as universities try to attract — and retain — a diverse student body. While keeping students safe from physical harm is easy to agree on, the best way for students to feel like they belong and are engaged is much more complicated.