President Donald Trump is infamous for his angry Twitter diatribes and unscripted, off-the-cuff rants about people he doesn’t like. But you may not know that he also has a private, creative outlet for his contempt towards others: his own personal Burn Book.

We posted a few pages from his top-secret Russia investigation-themed book last winter, but he’s had plenty of time to finish a second version since then. Scroll down for a peek inside the Summer 2018 edition. 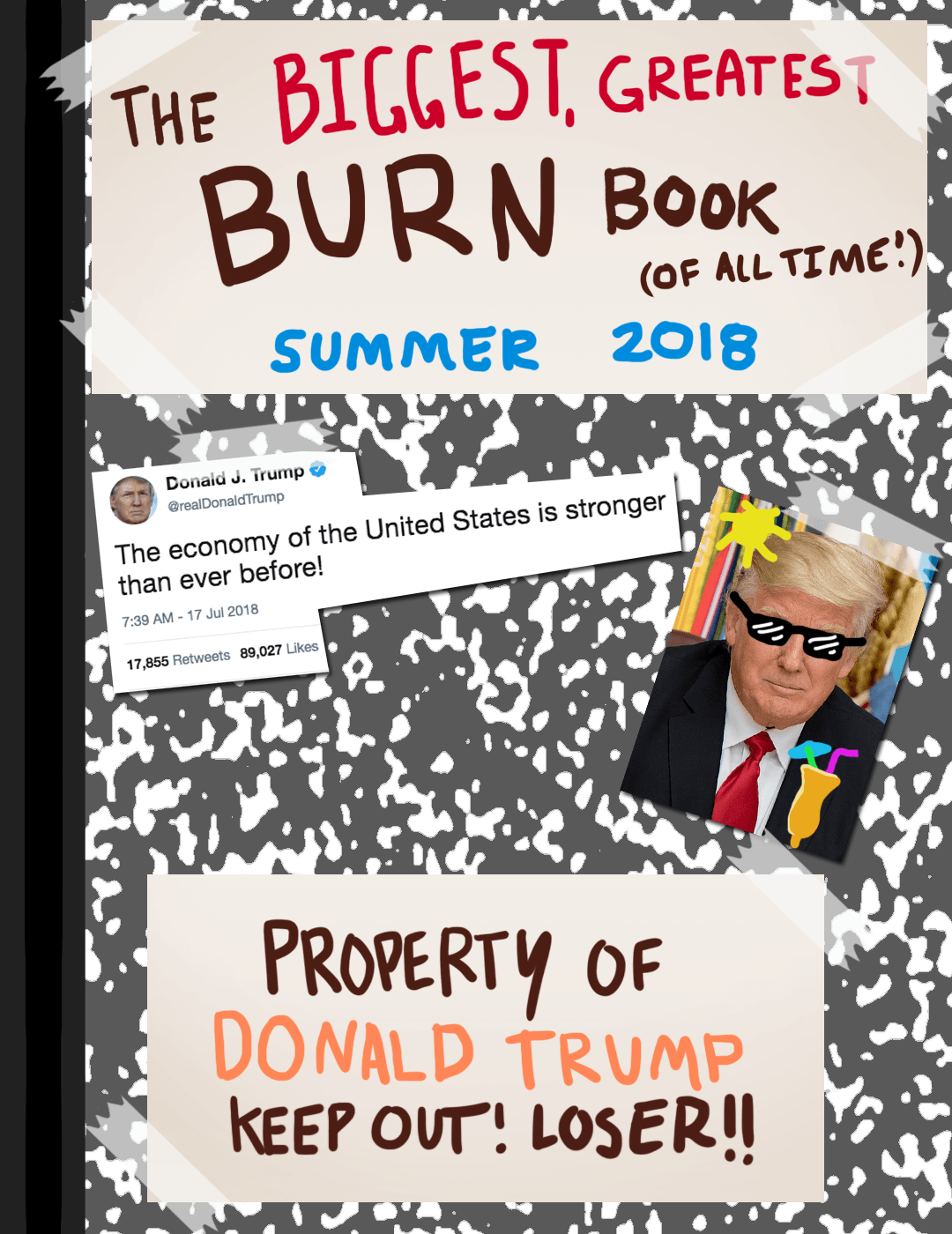 (Don’t be a Mean Girl– this post is satire & is meant for entertainment only.) 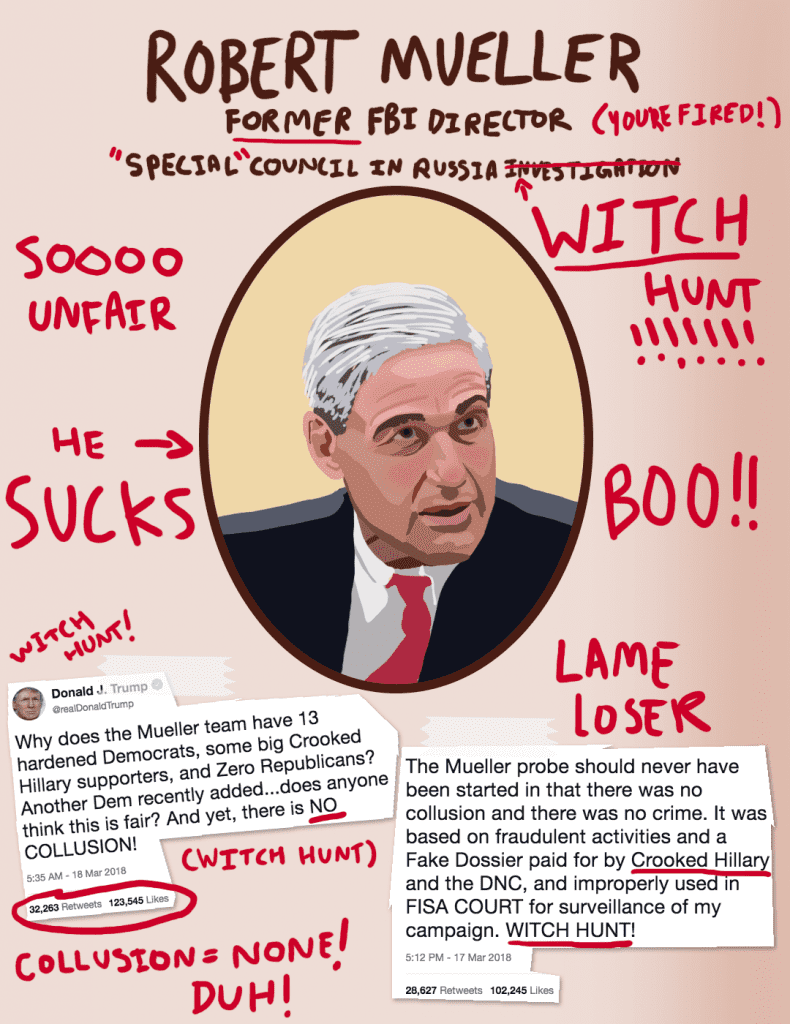 As Special Council for the Department of Justice, it’s Robert Mueller’s job to monitor the investigation into any links between the Russian government and Donald Trump’s presidential campaign. So naturally, Trump has some choice words for him– particularly the words “witch hunt.” 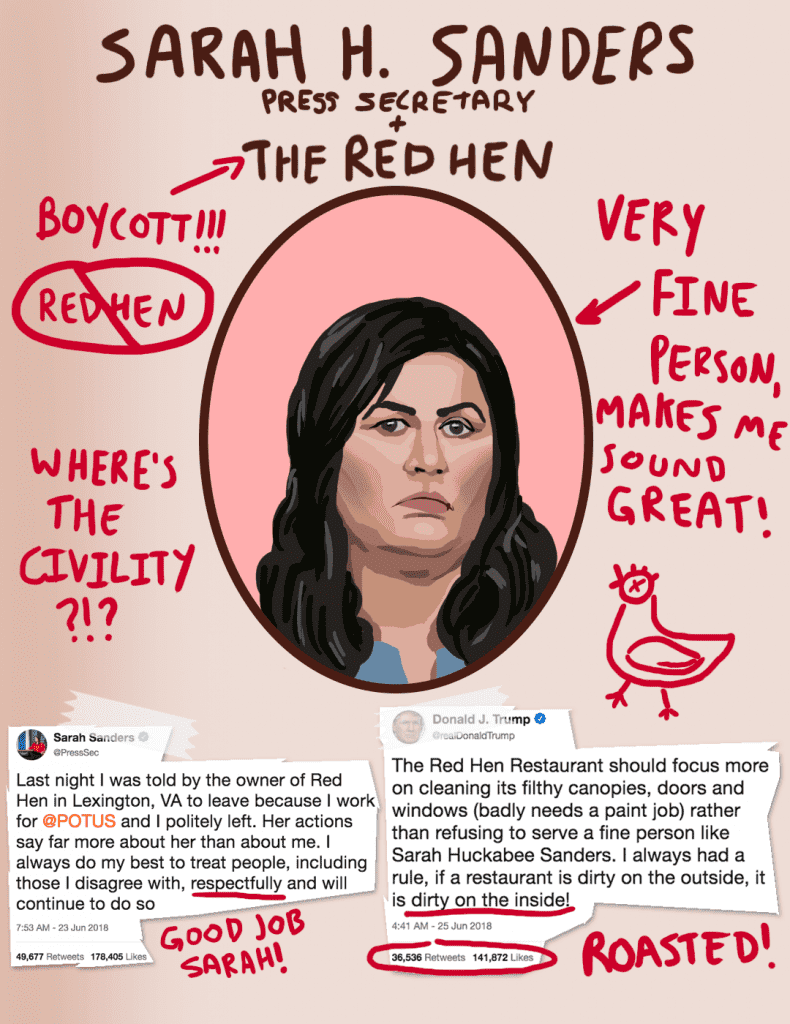 In June, Sarah Huckabee Sanders, the current press secretary for the White House, was asked to leave a Virginia restaurant named The Red Hen because her presence made the employees uncomfortable. Afterwards, both Sanders and President Trump took to Twitter to express their disapproval. 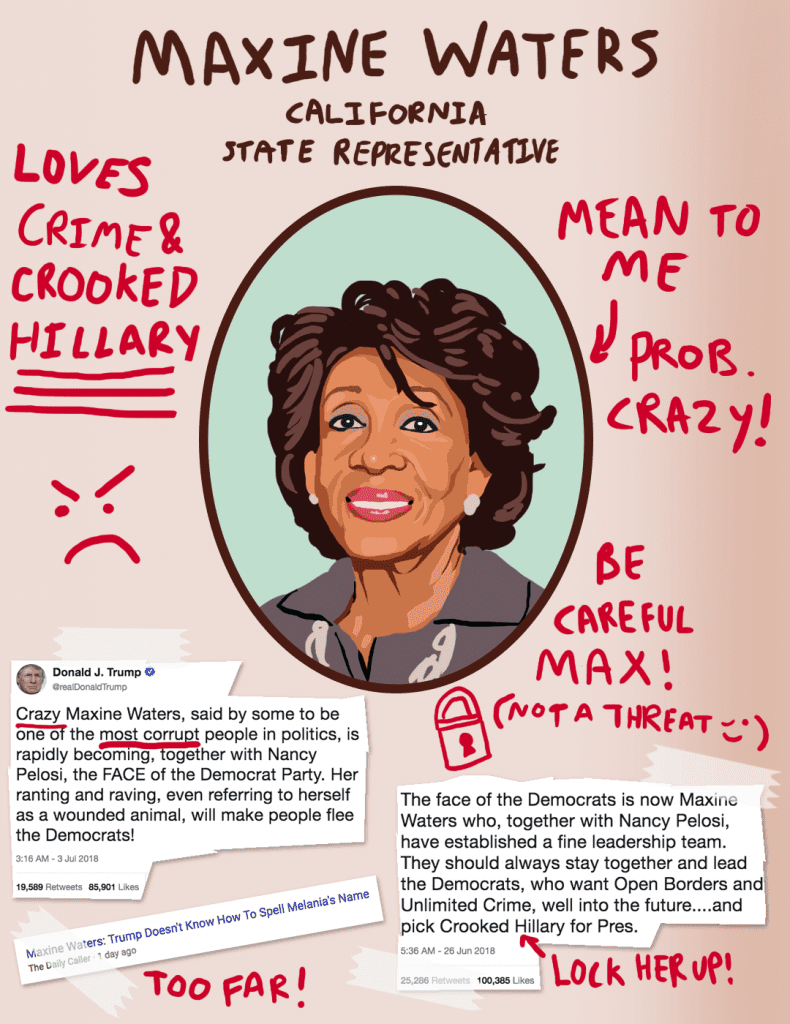 Democratic Representative Maxine Waters came out in support of The Red Hen & its employees. She encouraged others to deny service to members of Trump’s administration, saying, “Tell them they’re not welcome anymore, anywhere.” Since then, the beef between Waters and Trump has only escalated. 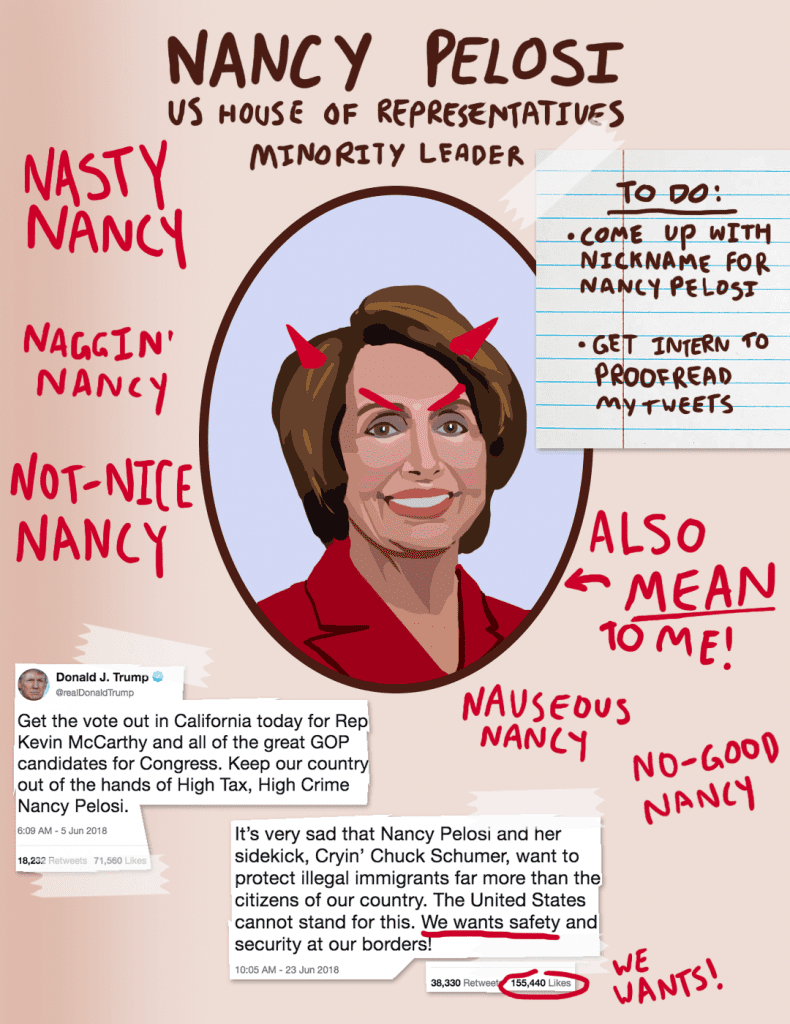 Finally– House Minority Leader Nancy Pelosi & Donald Trump have never been friends, and there was no love lost between them when Pelosi called Trump out for recent comments he made regarding the possibility of collusion between the Russian government and his presidential campaign.