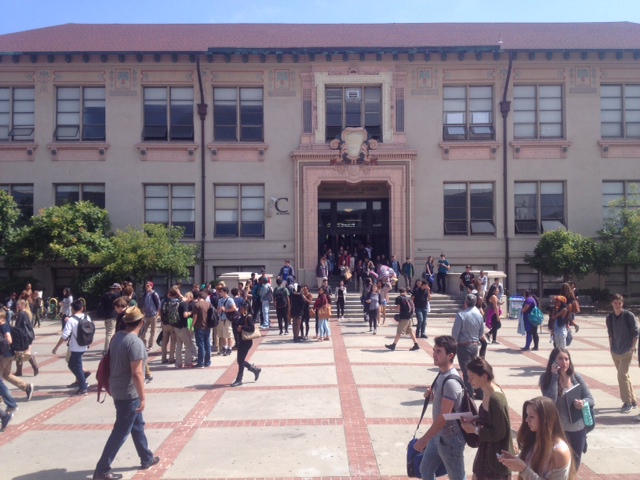 At 8:17 a.m. in the courtyard of Berkeley High School — four minutes before the first bell rings — students of all racial, ethnic and religious backgrounds are laughing and hurrying to their lockers. But by the time I’m in class, “diverse” is the last word that comes to mind.

School segregation is illegal, but that certainly doesn’t mean it’s obsolete. This May marked the 60th anniversary of Brown vs. Board of Education, the famous Supreme Court case that determined separate schools for separate races are inherently unequal. The UCLA Civil Rights Project released a report that shows segregation in California schools has grown a lot in the past 20 years — and there is currently no school integration policy in the state.  ProPublica did a national investigation finding that schools today remain racially divided. And in some states like Alabama, it’s getting worse.

My school district takes pride in the fact that it was one of the first school districts to voluntarily desegregate in 1968. But to students and teachers, Berkeley High looks and feels segregated by race.

To me, it seems like the “Small School” divisions within Berkeley High’s large 3,300-student population, are the root of the segregation on campus.  For example, I’m in the International Baccalaureate (IB) program — also called the International High School —  perceived by students as being the most rigorous program… as well as the whitest. (There’s only one African American student in my history class, and one African student in my French class.)

I wanted to know why I was only interacting with students who look like me — when Berkeley High is 21% black and 20% Latino.

I asked around for details — but Berkeley High doesn’t have the racial breakdown of small schools on hand — only the breakdown of the total student body.

Check out this demographic breakdown of small schools from the Western Association of Schools and Colleges (WASC) Report from 2011-2012:

Not all of these small schools exist anymore — but you can see that even a few years ago, International High School and Academic Choice had over 40% white students.

Meet my friend, Donisha Dansby. On paper we look a lot alike. We’re both seniors, we’re both interested in journalism and media, but at Berkeley High we live in completely different worlds.

She was originally placed in the Community Partnership Academy (CPA) — which students jokingly called  “Colored People’s Academy.” (CPA is now called  Academy of Medicine and Public Service, or AMPS).  It wasn’t her first choice.

Dansby told me that her small school was originally created to help students who were falling behind in school and enrolled mostly students of color. But Dansby didn’t know that was the focus of the school and didn’t think she needed the extra help. “White students struggle too and I don’t think it’s fair that [the administration] only goes for minority students,” she said. “Students like me and some of my friends would have done fine in IB or [Academic Choice].”

Dansby feels that the school administration cheated her out of a good education by placing her there. If she were in charge, she said, she would eliminate the small schools. “I would just make it one big school and offer all the students the same classes, because it’s not fair that some students are getting a higher education, while other students don’t even have a choice.”

I did some digging and found the graph below in the same WASC study. Looks like Dansby was right — many students who tested below average in English were placed in CPA. 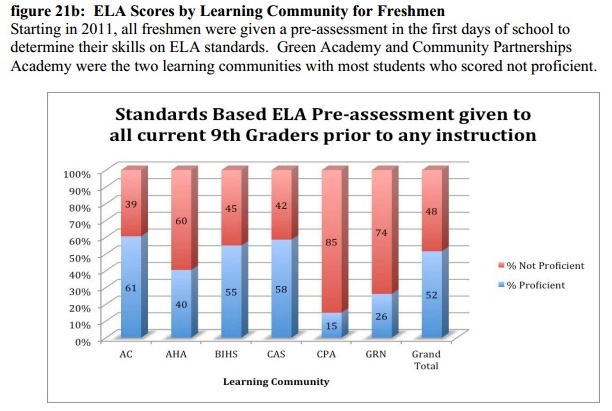 Dwayne Byndloss, former academic counselor for CPA and currently for AMPS, estimates that AMPS is currently 90% students of color. Byndloss explained that there is a complicated lottery system that determines a student’s placement in a small school that takes into account their preferences and zip code. But students who only wish to be placed in either IB or AC are guaranteed a spot if they don’t list any other choices. Byndloss said this specific rule is what causes large scale segregation at Berkeley High.

“What happens is a majority of white students and Asian students who come into the school — they don’t choose the small learning communities. They only choose IB or [Academic Choice]. Those schools have predominantly white populations. If that policy didn’t exist, that segregation wouldn’t exist,” he said. Basically, counselors would have the freedom to mix up the small schools.

Byndloss blames parents for keeping the policy in place. “That policy exists because parents have fought against their students having to be placed in a small learning community if they did not want them to. They won that fight with lawyers,” he said.

I knew very little about the International program, just that my parents wanted it for me. I’m glad I got in, but I’m beginning to question the sorting process more and more.

I did some research and found that the small schools are not only unequal in terms of race, but also academic opportunities. According to the school course catalog, different AP or honors courses are available depending on your small school. For example, AC and IB are the only schools that offer Advanced History courses during your junior year.

Dansby told me that in AMPS, students often have to argue with counselors in order to take AP classes. But as a student in IB, I am obligated to take Advanced English and History classes.  How is that fair?

And segregation at Berkeley High not only influences the academic lives of students, but also their social lives. Dansby and I both wish that Berkeley High had diversified its classes so that we could have had a more diverse friend group. She said, “My friends are the people I have classes with, and most of my classes are just black and Latino.”

I traveled back in time through school yearbooks to 1954 — the year of the Brown v. Board case — to see if students back then were also socially segregated. 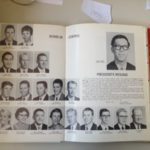 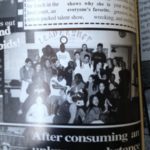 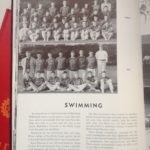 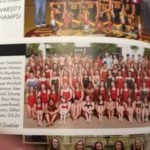 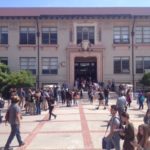 While the student government has diversified significantly, in 2014, Berkeley High’s situation is still embarrassing. Even my school newspaper wrote about the small school segregation. Although the school is as big as a small town, it shouldn’t feel like one — divided up into segregated neighborhoods.

I may not have all the numbers or statistics to prove that Berkeley High is segregated, but what I can say is that the racial division defined my high school experience. Students feel nervous to venture onto different areas of campus for fear of being judged or feeling out of place. I’m angry about unequal academic opportunities and uncomfortable when I think I may be getting a better education than a kid on the other side of the school.