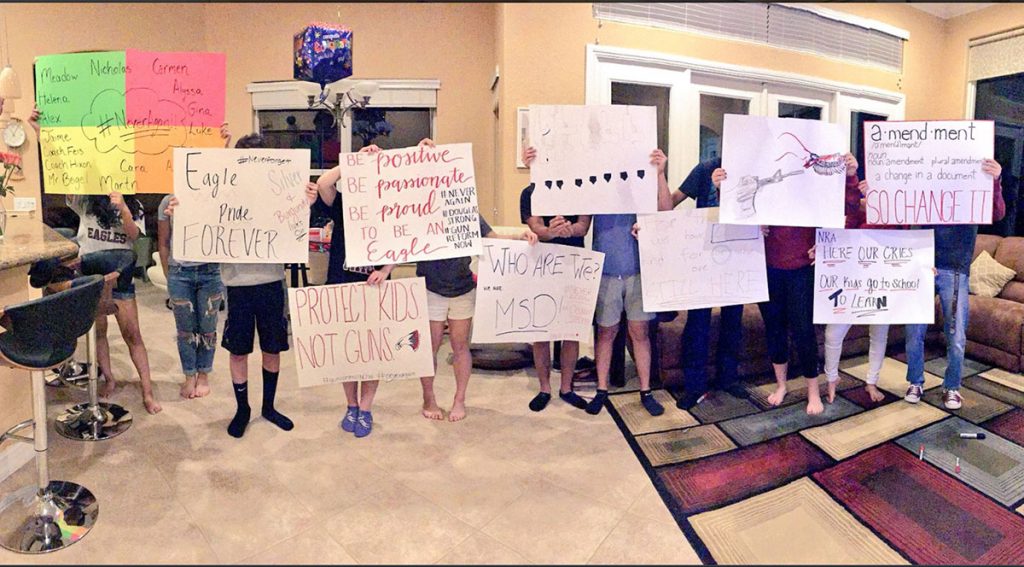 The survivors of the school shooting at Marjory Stoneman Douglas High School in Parkland, Florida have a message for lawmakers: we don’t want thoughts and prayers. We want gun control.

A gun has killed 17 of my fellow classmates. A gun has traumatized my friends. My entire school, traumatized from this tragedy. This could have been prevented. Please stfu tomi https://t.co/qNo03ZE3Ev

Even as students hid in closets during the lockdown, they were taking to social media to talk about what they saw as the underlying cause of the massacre, which claimed the lives of 17 people and injured many more.

Student reporter David Hogg at Marjory Stoneman Douglas High School spoke with his classmates while hiding from the deadly shooting: “I wanted to be a junior NRA member … now I can’t even fathom the idea of a gun in my house.” https://t.co/X550dpgA88 pic.twitter.com/T7s1uEieOk

The Florida shooting was carried out by a 19-year-old former student armed with an AR-15 assault rifle. In a rally this past weekend in Fort Lauderdale, Florida, Douglas High senior Emma Gonzalez lambasted lawmakers for making it too easy for people to buy automatic or semiautomatic weapons.

“Since the time of the Founding Fathers and since they added the Second Amendment to the Constitution, our guns have developed at a rate that leaves me dizzy,” she said. “The guns have changed but our laws have not.”

Less than a week after the incident, students from the school are banding together to organize civic actions for their cause. Using the hashtag #neveragain, they organized a trip to Tallahassee to encourage lawmakers to pass a ban on assault rifles.

On Tuesday, however, the Florida House of Representatives rejected an assault rifle ban, prompting shock and outrage from some teen survivors.

How could they do that to us ? Are you Kidding me ??? #NeverAgain We are not forgetting this come Midterm Elections – the Anger that I feel right now is indescribable https://t.co/Si9wAmFeQO

On March 14th the students are organizing a “March For Our Lives” in Washington DC and a national school walkout to call attention to gun control.