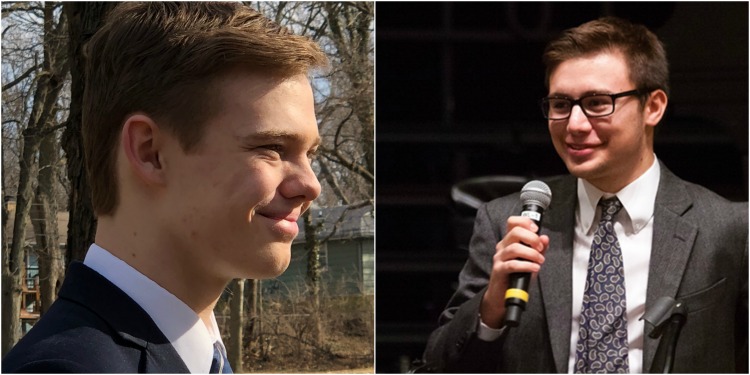 Tyler Ruzich and Dominic Scavuzzo, who became running mates after initially running for governor of Kansas separately. (Courtesy of the Ruzich campaign)

Animals have run for and even held office in small towns — a cat named Stubbs served as mayor in Talkeetna, Alaska for 20 years, and Clay Henry III is the third goat in a row to hold the mayoral title in Lajitas, Texas.

But the public is seemingly far more picky about who they let run for governor.

Earlier this year, a dog named Angus tried to become a gubernatorial candidate in Kansas. His efforts were thwarted due to state law. Still, aside from belonging to the human race, there are technically no requirements for who’s allowed to run for governor in the state.

Which is how six teenage boys, all aged 16 and 17, announced they would run for governor in Kansas.

Does it say something about the unstable current political climate in the state that a few boys barely old enough to drive are in the race to be in charge? Maybe. Or could it potentially signal a political awakening spearheaded by a group of driven youth?

One of the teen candidates, Joseph Tutera, 16, seems to think it’s the latter.

“As a teen, we have the ideas that will carry the future of our state and even the country. We offer a fresh take at a rather outdated career,” Tutera said. “The main point is that our ideas are going to shape the world in a decade, and the way I see it, the sooner the better.”

. @JosephTuteraJr , the youngest of the candidates for governor at 16:

"Here’s a newcomer here’s somebody that doesn’t know a lot about politics, but what’s the alternative? A lot of people who do have the experience aren’t showing much for themselves either. " pic.twitter.com/FgDFn1gXPc

After all, a couple of teens from Parkland, Florida, created a nationwide movement and completely changed the conversation around gun control. So why can’t a couple of teens in Kansas change the state of politics?

Jack Bergeson, a 16-year-old from Wichita, was the first to declare his run in the summer of 2017.

Today, Jack and Alex made our campaign official by filling with the Secretary of State! pic.twitter.com/sbI0BzXzbL

After reaching out to Bergeson on social media, and after a bit of convincing from the candidate himself, 17-year-old Tyler Ruzich decided to toss his hat into the ring as well.

Soon after, 17-year-olds Ethan Randleas (who was defeated in the Libertarian nominating convention last month) and Dominic Scavuzzo joined the race and were followed quickly by Tutera and Aaron Coleman, 17.

And then, on May 24, Ruzich and Scavuzzo combined forces, with Ruzich naming Scavuzzo as his running mate, according to a press release from the Ruzich campaign.

As news of the teenage candidates spread, media outlets, both local and national, picked up their story. Beyond their home state, the boys were receiving coverage in The Washington Post, The New York Times and CNN. The sheer capability of the young candidates to reach such a wide audience might seem to some like proof of their ability to make waves in the political sphere.

“When I first announced, I did not know what sort of media attention I would be receiving. I thought I was going to try this and do what I can,” Bergeson said. “Now I look back a year later, people know me, they’re willing to work with me. I’m becoming more in tune with the Democratic Party and with the voters.”

Yet despite the media coverage, and although the teenage candidates are technically eligible to run, there are naysayers. They’ve been met with pushback from all sides, even from within their own respective parties.

Although Bergeson had been granted inclusion within events with the Democratic Party among his older opponents, according to The Washington Post, the GOP excluded the teens, like Tyler and Dominic, from their official debates.

And Republican Rep. Blake Carpenter introduced a bill, seemingly in response to the boys’ candidacy, that would prohibit anyone under the age of 18 for running for governor or any other top elected office in the state.

“If you are an adult in the eyes of the government at age 18, you can serve in the military, you can do just about anything you want,” Carpenter told the Kansas City Star.

Some voters appear to doubt the political prowess and ability of 16 and 17-year-olds too. Surprisingly, many younger Kansans, the very demographic one might think would be energized by the youthful candidates, are significantly skeptical. 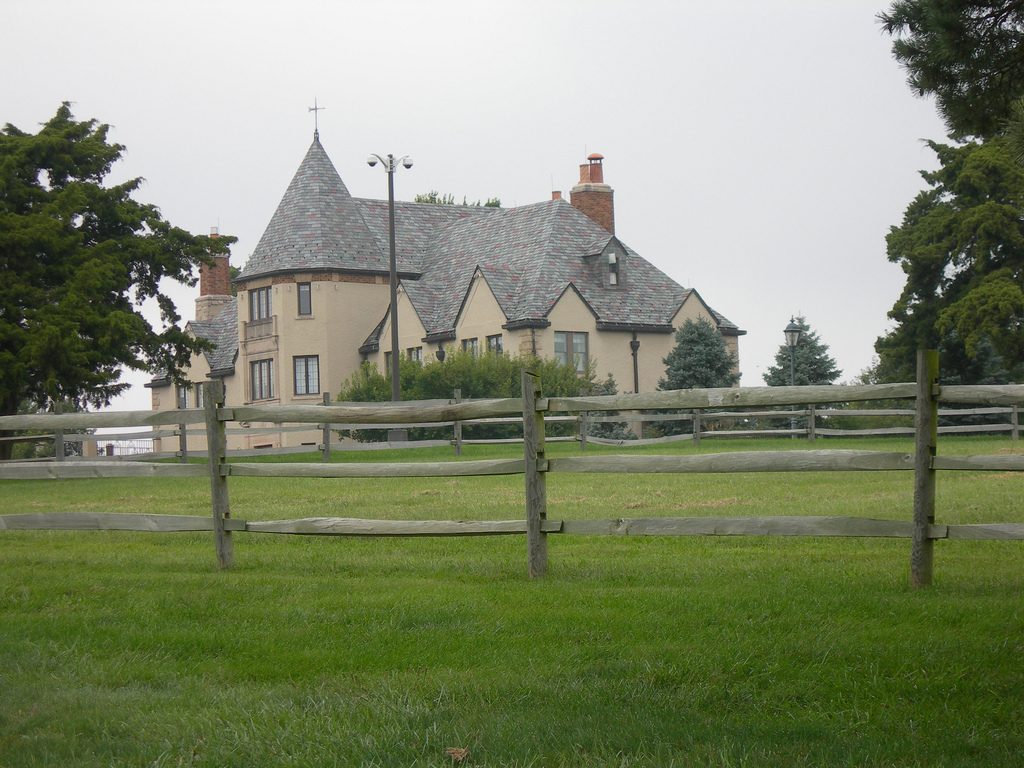 If one of the teen candidates wins, would he move into the Kansas governor’s mansion? (Photo by Jimmy Emerson, DVM, via Flickr)

“I think it’s cool that they are interested in politics and feel like they have enough insight and knowledge to run, but I personally do not think a 16-year-old could ever be capable of legitimately holding a government position,” Becca Pfeifauf, 20, of Overland Park, said. “They haven’t graduated high school, probably haven’t had a typical 9-5 job, and they still rely on their parents for everyday life tasks. Obviously this is something none of them can control, it’s just what comes with such young age.”

Even high schoolers of the same age, although unable to vote, have voiced their concerns. Daniel Hammond, a 17-year-old junior at Shawnee Mission East High School in Prairie Village, said he feels the teen gubernatorial candidates probably can’t rise to the challenges of running a state.

“No matter the teens’ intellectual capability, 16, 17 is much too young to holster the responsibility of governor. With age comes wisdom and experience,” Hammond said. “At that age you’re supposed to be going out and getting your first job at some low-paying, low-risk place. To run or be elected governor at that age is going from 0-100 real quick.”

But despite the naysayers, the skeptics, the negative press coverage and even institutionalized methods of ousting the teenage hopefuls, they remain persistent. For them, this is about change. It’s about altering the trajectory of their state and creating a shift within the political atmosphere of Kansas.

“People tell me I should wait a while, and I say ‘no,’ because by the time I’m old enough, this country may be too far left behind,” Bergeson said. “We need a progressive reform movement, and we need to be very bold with our actions. We need to look forward, we cannot look back. I believe it’s the difference between incremental change and real change in this election.”