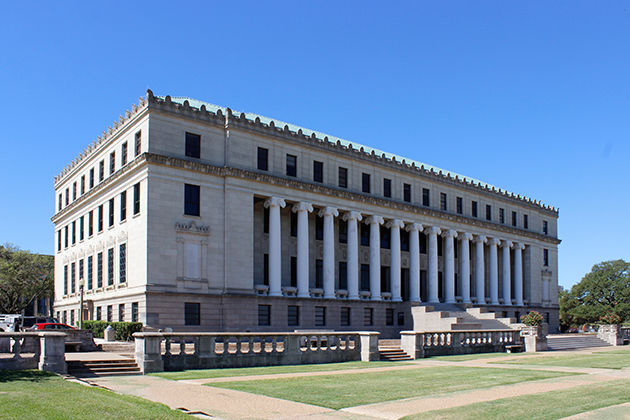 Texas A&M University cancels the White Lives Matter rally on September 11 after speaking with local law enforcement with concerns for the safety of students, faculty and staff. Photo courtesy of The Battalion/Texas A&M

By Josh McCormack / The Battalion

Following the advice of law enforcement officials, Texas A&M has cancelled the white lives matter event scheduled for September 11, 2017 in consideration of safety.

In a press release, the university also cited its policy change concerning guest speakers as a reason for cancelling the event.

“After consultation with law enforcement and considerable study, Texas A&M is cancelling the event scheduled by Preston Wiginton at Rudder Plaza on campus on September 11 because of concerns about the safety of its students, faculty, staff and the public.”

Wiginton, organizer of the event said this is a dangerous policy to set and takes away from his civil rights.

“What they’ve said is the first amendment doesn’t apply to white people,” Wiginton said. “We are in a new era of civil rights and it will be white people fighting for their rights.”

“Students have come from a multitude of backgrounds and sacrificed many things to attend Texas A&M, and they have the right to go to classes without fearing for their safety,” Brooks said. “White supremacy and the violence that has accompanied it are most certainly ‘Bad Bull.'”

Following the speech of Richard Spencer and subsequent protests, the university changed its policy regarding guest speakers.

“Texas A&M changed its policy after December’s protests so that no outside individual or group could reserve campus facilities without the sponsorship of a university-sanctioned group. None of the 1200-plus campus organizations invited Preston Wiginton nor did they agree to sponsor his events in December 2016 or on September 11 of this year.”

Adam Key, event organizer of BTHOHate said in a press release his organization is proud of his university for shutting the rally down.

“At the same time, we are touched by the support and dedication of the members of the Aggie community and beyond,” Key said. “We plan to keep that momentum going by holding our own event.”

Key also said his organization hopes to host an event in the same sport Wiginton planned to on the same day.

“The event will keep the same name, BTHOHate, but now serve the cause of combating hatred that affects students in their everyday lives,” Key said.

In response to the threat of safety to protestors and counter-protestors, Wigninton said it would not have been a concern.

“That’s why you have the police,” Wiginton said. “When black lives matter was here in November they rolled out the red carpet. But when white lives matter wants to come to A&M and express political concerns… we’re denied.”

“Linking the tragedy of Charlottesville with the Texas A&M event creates a major security risk on our campus. Additionally, the daylong event would provide disruption to our class schedules and to student, faculty and staff movement (both bus system and pedestrian).”

Wiginton said he and lawyers will be seeking legal action regarding this issue in consideration to their first amendment rights.

“We do plan on legal action, we do plan to continue forward,” Wiginton said.

The university stated they have supported first amendment rights in the past, but given the recent turn of events, safety is too large of a concern.

“However, in this case, circumstances and information relating to the event have changed and the risks of threat to life and safety compel us to cancel the event.”

This article has been republished with permission from The Battalion, The Student Voice of Texas A&M @thebattonline. Josh McCormack is an English senior and Editor-in-Chief for The Battalion.