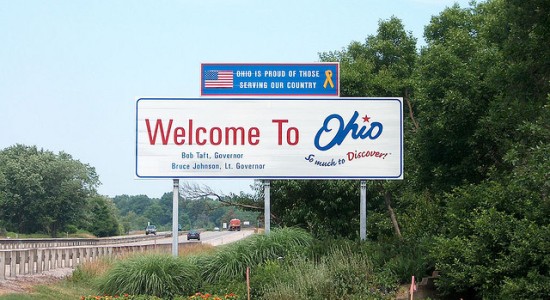 Just like DNA testing changed the face of the justice system in the United States in the late 80s, social media technology is becoming standard evidence in courts, especially where young people, its most avid users, are involved.

The Steubenville rape case is a perfect example. Two teenage football players were accused of raping an unconscious 16-year-old girl at a party while several witnesses stood by taking pictures. Leading up to the trial, however, prosecutors had trouble convincing the witnesses, mostly teenagers, to come forward. So instead, lawyers confiscated the party-goers’ cell phones, and used text messages, tweets, instagram photos, and facebook posts to recreate the night.

The photos posted to instagram showed 16-year-old football players, Ma’lik Richmond and Trent Mays, interacting with the intoxicated girl. One photo, on instagram, shows the young men carrying the limp girl by her hands and feet. Another depicts the girl lying naked and apparently unconscious on the floor. A witness also stated in court that in the car ride between parties, the players digitally penetrated the victim, an act that under Ohio state law is considered rape.

Tweets from young people that night include the hashtags #rape and #drunkgirl. One attendee, a former Steubenville high football player, tweeted out,“The song of the night is definitely Rape Me by Nirvana.”

These online interactions proved to be the crux of the prosecution’s case against the two young men, ultimately leading to their guilty verdict.

Youth Radio’s Sayre Quevedo spoke to Sue Burrell, a Staff Attorney at the Youth Law Center in San Francisco, about the role of social media in juvenile cases, and what Steubenville means for the way online interactions are utilized when teens are tried in court.

Sue Burrell: [The Steubenville] case would never have been filed but for social media. That’s what really brought it to public attention. Law enforcement and the prosecutors are going after social media. They’re trying to get passwords so they can get into facebook accounts. In this case, it was a

party and sexual activity, but we’re seeing it a lot with trying to show young people are in gangs.

For example. [Investigators] go into facebook accounts, and if they find photos of somebody doing gang signs, that’s interpreted as them being in a gang. As you and I know, it may not signify it. People do a lot of goofy things that may not have that meaning attached to it.

YR: In this case, a lot of the young people involved refused to talk to police. But the social media, the text messages, all of that provided a basis for the case. Do you see any weaknesses in social media being used as evidence?

SB: Well, I do see a weakness, because there’s a lot of puffery that goes on in these texting and tweets. There are often extreme statements that aren’t really what the person believes, but you get caught up in peer pressure. There are overstatements that don’t reflect the truth. Once you’ve twe

eted or texted something it’s really hard to undo that impression.

I’m sure a lot of the young people are horrified about their behavior and about what happened but when you have social media record of it, that’s all people will see and that’s all they’ll remember.
For example, the video of the young man making fun of the rape and laughing about it. It freezes one moment in time that maybe takes on a bigger importance than it should.

YR: It seems like one of the problems with social media as evidence is that it doesn’t paint a complete picture of what happened.

SB: In the case, there was that one photo of the girl being carried limply by the two boys. By their account, that was a staged photo, it wasn’t her unconscious. But how do you know? It looks one way, but the reality might have been otherwise and it’s really hard to prove which way it was.

So, there are some good parts [to social media] and definitely some bad parts. One of the original things that made this case get so much into the news was that bloggers were talking about it and were concerned that there was a cover-up that was designed to protect the football players. We also don’t want politicians to cover things up and social media can be a very powerful way to bring things to public attention.

The downside is you really lose any kind of privacy for the people involved. I was reading some of the articles about the young woman who’s a victim in this case. A lot of the activity was around getting justice for her but in the course of getting justice for her she’s been re-traumatized again and again by having her photo republished and having all this talk about her.