Within days of George Floyd’s death in May last year, I questioned everything I knew about racism and police brutality. I knew it was time I start taking my own activism more seriously.

Looking back, I thought the work would be simple. I was down to have all the uncomfortable conversations and educate the white folks around me any chance I got. In my classes, the space felt safe enough to talk about these things, and I spoke up. Even when I knew it would make my white peers uncomfortable.

But when it came to my white roommates,  I didn’t want to rock the boat since I’m the only person of color in the house. I knew we were all on the same page politically, but personally we couldn’t make the connection with each other. For many months now, I’ve wanted to talk openly with them. However, I hate being in the position to start the dialogue first. I also feel like once I open up with them, it’ll make my living situation more uncomfortable than it already is.

Change is a two-way street. They should start the conversation too – this shouldn’t be my job all the time.

At some point, it felt like Floyd’s death was no longer trending and we were back to only talking about COVID-19. This was frustrating for me because I felt like we all gave up.

I wanted to do more, but I started to understand just why everyone was so tapped out. In my own life, between working and going to school, I didn’t have the time to make social reform at the forefront of everything I was doing. I just wanted to get through the day like everybody else. These moments got me thinking about how slow the process of change is.

When the Chauvin trial was happening, I remember hearing my roommates downstairs watching a news report. I could hear them saying how crazy it was. Then when I came downstairs … silence. I wanted to jump in, but instead I just went to the bathroom and back to my room.

The day Chauvin was convicted, I remember my close family and friends texting me and celebrating. And yet I couldn’t feel good about it because just over a week before, Daunte Wright was shot. This was such a conflicting time for me.

You would think at the anniversary of George Floyd’s death there would be a lot to say about what has changed. In many ways, as it relates to racism and police brutality, nothing’s changed.

But when I think about my personal experience and the emotions I had to sort through, I know I have shifted. Last year, I thought I had to call people out all the time and make other people change. But today, I see it differently. After all these months, I’ve changed the way I show up – as much for myself as for anyone else.

I see now that change comes from within first. And I’ve learned that when you’re in the midst of changing, you don’t always see it. 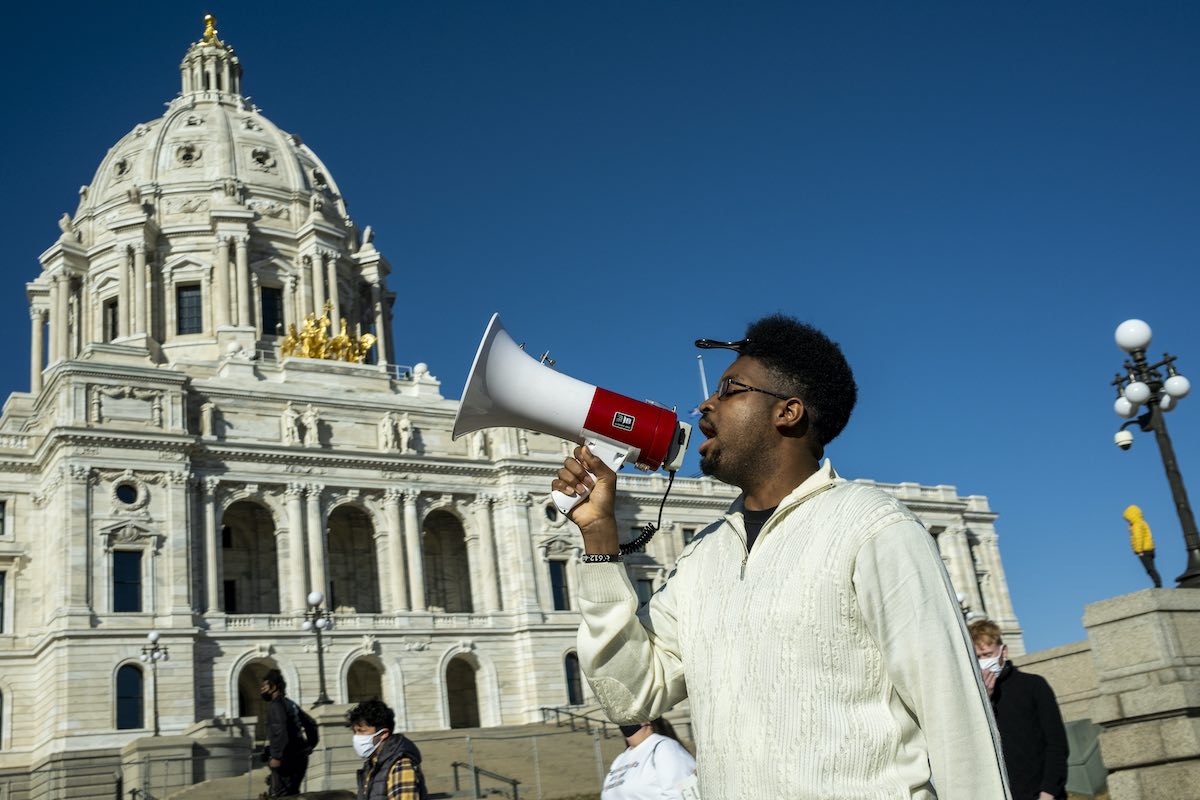