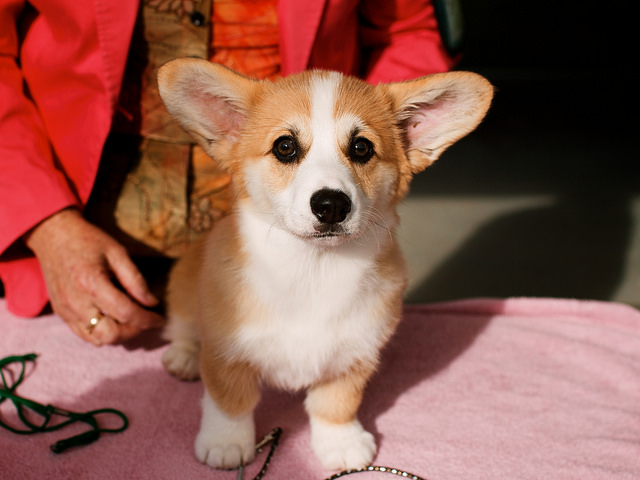 I’m sad I’m not a GIF. Do you forgive me? (Photo courtesy of Virtualwolf via Flickr)

It’s Friday again, folks. Time to sum up this week’s political news AND prove there really is a corgi GIF for every occasion.

The announcement went out early this week that White House Communications Director Mike Dubke had resigned, perhaps signaling bigger shake-ups to come. President Trump has made no secret of his unhappiness with his communication team. Until Dubke’s position is filled, White House Press Secretary Sean Spicer will be pulling double duty.

Bryan Moles, 43, a doctor from Pennsylvania, was arrested early Wednesday at the Trump International Hotel in downtown Washington after police found two guns, including an assault-style weapon, and dozens of rounds of ammunition in his vehicle. It’s unclear whether the move was meant as a threat to President Trump. A friend of the man says Moles is actually a pro-Trump supporter who may have been unaware of local gun laws.

Flynn Agrees To Turn Over Some Documents to Senate Intelligence Committee

Former  National Security Adviser Michael Flynn, who resigned after it was revealed he had misled Vice President Mike Pence about meeting with a Russian diplomat, announced he would turn over documents to the Senate intelligence committee as part of its investigation into Russia’s meddling in the 2016 election. Flynn had previously responded to an earlier request by the committee by invoking the Fifth Amendment’s clause against self-incrimination.

Comedian Kathy Griffin apologized for a photo she posted on social media depicting her holding up a bloody, fake severed head that resembled President Trump. Many prominent Republicans and Democrats alike decried the image for being offensive, and President Trump said that it had upset his 11-year-old son, Barron. Griffin, who for years has co-hosted CNN’s New Year’s show with Anderson Cooper, was fired from the network due to her actions.

After days of “Will he?” “Won’t he?” “Nah, he probably will,” speculation, President Trump revealed he would indeed pull the country out of the Paris Climate Agreement. The move follows though on a campaign promise he made to his base during the 2016 election. The U.S. joins Syria and Guatemala, which were the only two countries to refuse to sign the accord when it was created last year.

Speaking of campaign promises, President Trump pushed back his promise to move the U.S. embassy to Jerusalem from its current location in Tel Aviv. Trump isn’t the first U.S. President to go with the delay technique. President Obama also signed a six-month waiver during his term, which overrode a 1995 law requiring that the embassy be transferred to Jerusalem.