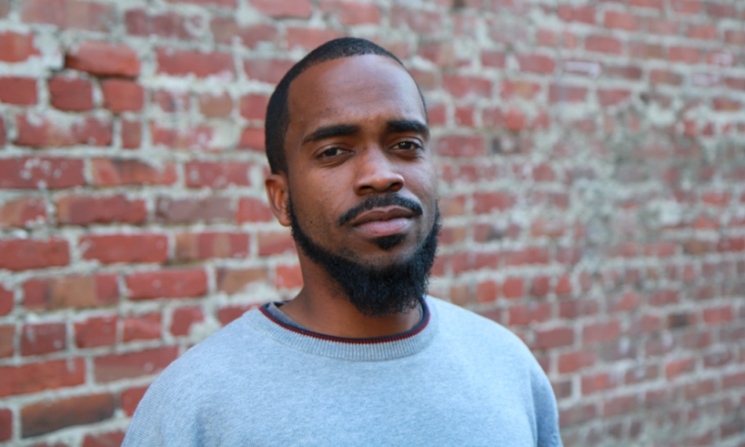 Watching Fruitvale Station in Oakland was more like watching a memory than watching a movie.

When the film showed people smoking on BART, one friend leaned over and whispered to me: “We used to do that.” When the movie played Mac Dre’s song “Feelin’ Myself,” another friend said: “Ah, that still SLAPS!”  And when the main character said “Bruh” over and over again, I thought to myself: “they’re overdoing this Oakland-lingo…Bruh.”

The movie backtracks to tell the story of Oscar Grant’s final day: a turbulent series of events that show him as everything from a good father and friend, to an unemployed weed-smoking ex-convict, and eventually as a son who obeyed his mother’s wish that he take the train instead of driving.

Incidentally…she was there too. Grant’s mom. She was sitting like 6 rows behind me. I could feel her presence on the back of my neck, especially during the opening scene. Raw footage of her son being shot in the back on the BART platform.

We all know how Grant’s story ended, but still when his daughter asked where her dad was toward the end of the film–that brought tears.

I worked these streets as a journalist during the Oscar Grant protests. I wrote about the court case. And I once asked former Mayor Ron Dellums about the possibility of changing the name of Fruitvale Station to “Grant Station.”

The story of Grant’s final 24 hours reopened wounds for me.

Then, 24 hours after the film’s release, a parallel tale of race, justice, and homicide swept the nation.

I didn’t watch any of the George Zimmerman trial because I couldn’t get on that emotional roller coaster. Covering the Oscar Grant saga so closely, taught me a lesson about becoming emotionally involved in the doings of America’s justice system.

That’s a lesson this country needs to learn.