Oakland, Ca. has always had a prominent art scene grown organically “on the block” by the city’s youth. One trend that’s made its way from inner-city Oakland neighborhoods into the public eye is the unique dance style known as “turfing.” Turf dancers have found new audiences by taking their art to the most public spaces: subway cars on Bay Area Rapid Transit, the regional subway system better known to locals as BART.

iDummy, Slow Motion, and C4 Boom are all young turf dancers who have practiced their art for years. In 2011, a few of these entrepreneurial turfers took their street show to downtown San Francisco. They would dance on Powell St., an area with high foot traffic, asking for donations. After numerous complaints from businesses they decided to take their skills to a new platform. 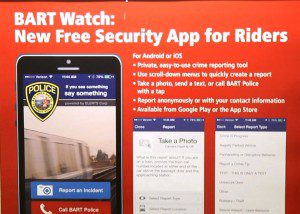 There is careful planning and strategizing that goes into what the dancers call the “BART street show.” Recently BART developed a mobile app that makes it easier for riders to report disturbances on the train — iDummy tells us that he thinks the app was made to specifically target performers like him. Now, turfers avoid riding trains that go to cities like Concord or Walnut Creek where, in their experience, riders tend to be more closed-minded about their impromptu performances. This may have to do with the demographics of these cities and who tends to ride on these trains.

These dancers say they feel most misunderstood when it comes to asking for donations. Once they have completed their dance routine, they announce, “the best nation is a donation.” They emphasize that they never shame anyone who does not want to contribute. According to iDummy and C4 Boom, the biggest reward is to simply see people smile and enjoy the show. At times, people who do not have any money will offer whatever they have. The dance crew has received bottles of wine, packs of incense, body oils, and even leg warmers as donations. 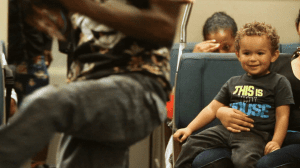 As turf dancing has evolved, it has also become a more structured activity with occasional battle events where turfers compete with each other and against other dance styles. But there’s something special about seeing a train show. So the next time you are riding between West Oakland and San Francisco be on the lookout for an energy-filled performance that is sure to entertain.