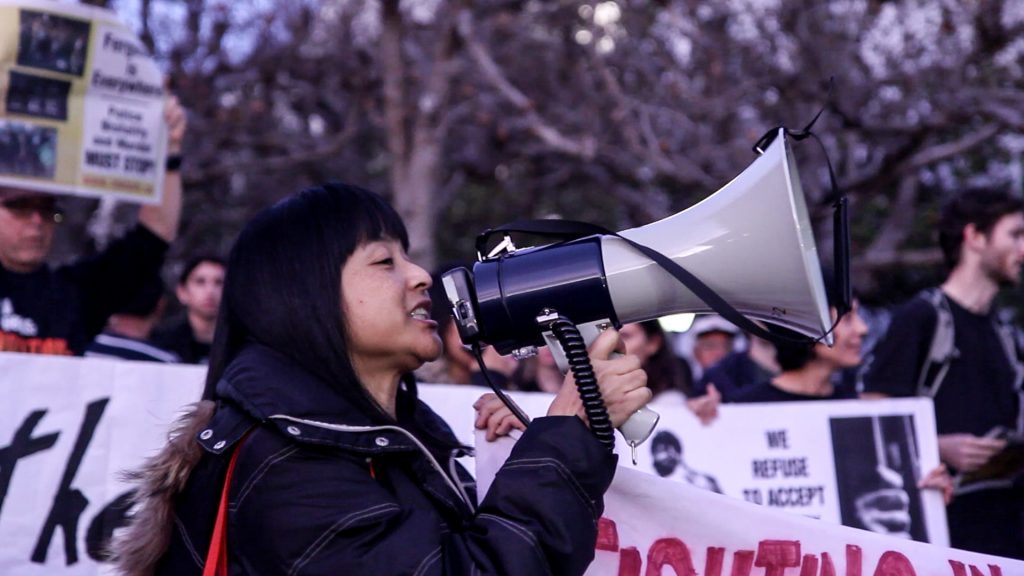 In the aftermath of the Eric Garner and Michael Brown grand jury decisions, demonstrations have spread nationwide. For the past three nights, thousands of protesters have taken to the streets in Berkeley, California.

On Monday night the rally looked highly organized, with student activists handing out water bottles and leaflets listing legal advice. While hundreds gathered at the edge of the UC Berkeley campus, Thanh Bercher, crouched at their feet with a stack of paper masks.

“These paper masks are being doused in vinegar so they can neutralize the acid of the tear gas and we’re going to pass them out to protesters, hopefully they won’t have to use them,” she said.

There were at least 216 protesters arrested last night, including some who were blocking traffic on Interstate 80. Others blocked Amtrac by laying down in front of a train.

Yvette Felarca, an organizer with the group By Any Means Necessary, said she’s not concerned about the damage and looting that have happened here the last few nights.

“I’m concerned about the violence of the police that have been killing black people and latino people with impunity for years. How are we going to change that and stop that,” she asked.

“Protests are really good for raising awareness and riling people up but what we really want to see is cultural and legislative change.”

He said next semester he plans to take the momentum from the streets to the statehouse.