Donate Now
Police officers wait and watch in front of Sproul Hall on the University of California, Berkeley, campus on Thursday. Protests were anticipated after conservative speaker Ann Coulter canceled an event.
04.28.17

On Thursday, the University of California, Berkeley, braced for protests after conservative pundit Ann Coulter canceled a scheduled appearance on campus. Student groups sponsoring the event pulled their support amid rising tensions and an inability to secure a venue. Coulter is the second prominent conservative in two months to have a Berkeley event scuttled out of safety concerns, prompting criticism that the university isn’t living up to its free speech ideals.

So I spent the day on campus to find out how young people feel UC Berkeley’s iconic past reflects what’s happening today.

My first encounter: two construction workers. They were bolting a large steel bike rack into the sidewalk off Telegraph Avenue, directly across the street from the university. But it was in a weird shape–a peace sign. 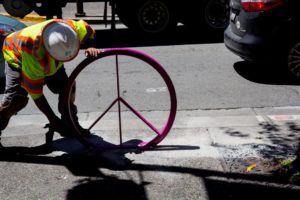 Workers install a bike rack in the shape of a peace sign on Telegraph Avenue, across from the UC Berkeley campus.

“Amor y paz. Peace and Love,” one of the workers told me, describing the brightly colored bike rack.

While helicopters thump overhead, hundreds of police begin to line UC Berkeley’s Sproul Plaza.That’s where I meet freshman Pranav Jandhyala to ask him how he’s feeling about the cancellation of the event with Ann Coulter . 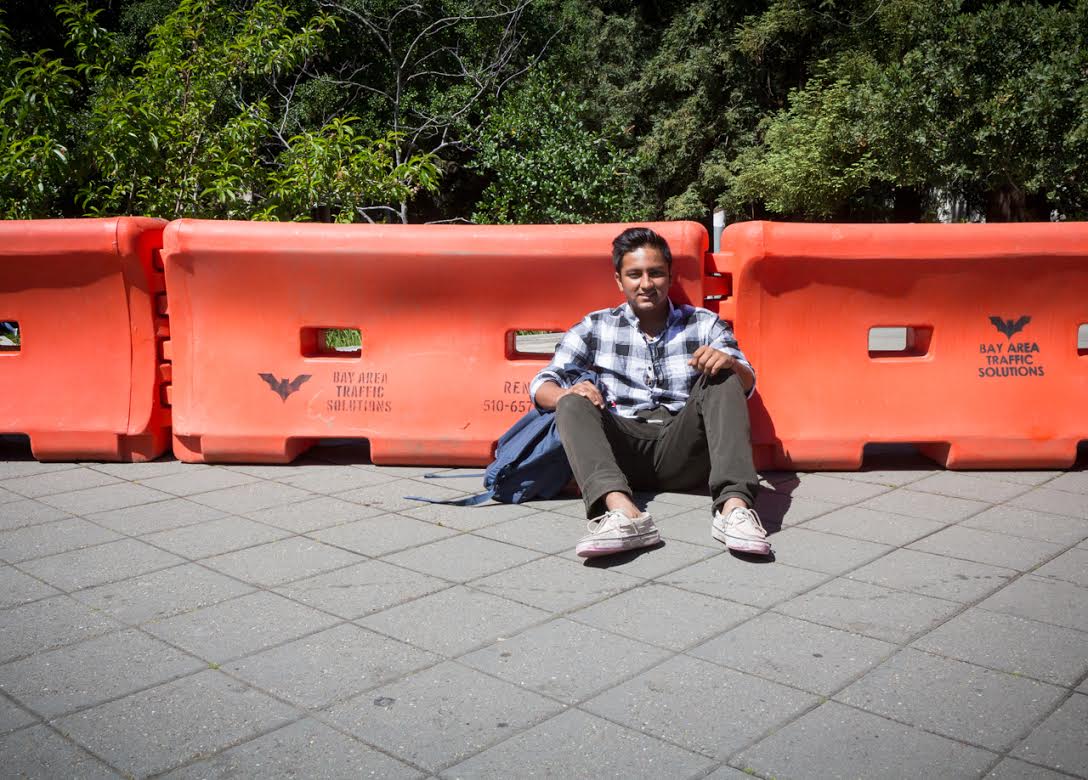 UC Berkeley student Pranav Jandhyala, co-founder and President of BridgeUSA Berkeley, a nonpartisan group, said he felt super disappointed that the Ann Coulter speaking event had been canceled. He says he invited Coulter to encourage dialogue and understanding, and the whole thing went south.

Jandhyala is the president and co-founder of BridgeUSA Berkeley, a student club that co-sponsored the Coulter event along with the Berkeley College Republicans. BridgeUSA is all about overcoming political divides, something Jandhyala, a political moderate, says is desperately needed in this country and on Berkeley’s campus.

“There’s a lot of activism. People yelling, trying to get their points across on Sproul Plaza,” he said. “But no listening. There’s no discussion. And that’s something that’s lacking here. And I think that’s part of the reason why we’re so polarized.”

BridgeUSA had already co-hosted an event with the Berkeley College Democrats that went off without a hitch. The event with conservative firebrand Coulter was designed as a counterpoint.

By noon Thursday, megaphone-wielding anarchists set up on the edge of the Sproul Plaza. They’re talking free speech while a silver haired pro-Trump demonstrator carrying a large American flat shouts them down from just a few feet away.

None of them appear to be students here, which has become a major issue in the debate over Berkeley and it’s tolerance for free speech.

“I consider myself an anarchist antifa,” a guy named Danny told me.  He didn’t want to give his full name because he’s involved in illegal activity.

Antifa is an anti-fascist organization. The group was blamed for causing more than $100,000 in damages back in February, when violent demonstrations canceled a scheduled appearance from former Breitbart News personality Milo Yiannopoulos.

Danny considers the cancellations of the Milo and Ann Coulter events a victory. He says, this is about fighting against opportunistic attacks from the far-right, attacks that he thinks aren’t actually about free speech, but have more to do with gaining power and making the left look hypocritical.

“Berkeley right now, it’s really the battleground of the left and the right,” Danny said. “And whoever wins will shape the next few years of American politics.” 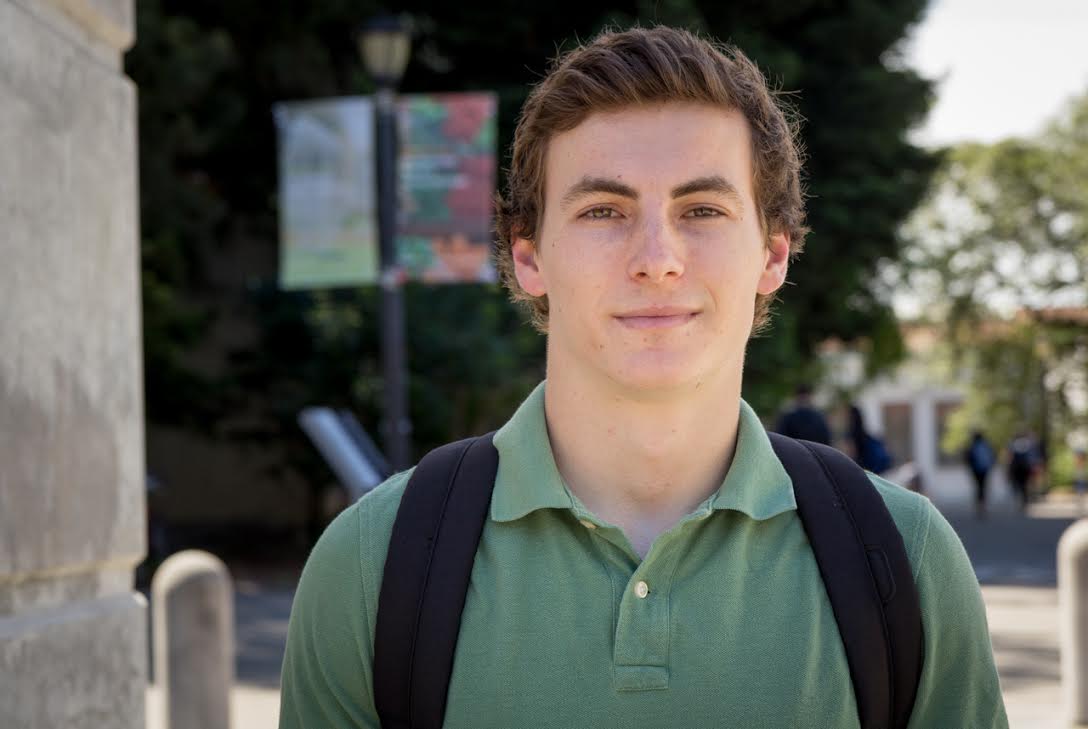 UC Berkeley junior Pasha Minkovsky says he feels like free speech is still really important, but doesn’t feel the need to fight for Coulter or Yiannopoulos. He considers their political views “regressive.”

Back on campus, Berkeley junior Pasha Minkovsky says he doesn’t condone the violence from the far left, but he also thinks that the far right is manipulating the situation. I asked him if the Milo Yiannopoulos and Ann Coulter events were about free speech.

Minkovsky says he believes free speech is one of the most important rights Americans enjoy, one worth fighting for. However, Minkovsky says he wouldn’t go to the mat for Ann Coulter or Milo Yiannopoulos, whose ideas he calls regressive. And he says the damages after February’s Milo Yiannopoulos event justify decisions by Berkeley administrators to regulate speech…when it’s on the school’s dime.

“That hundred thousand dollars could have been used to fund someone’s tuition for four years,” he said. “When you weigh it like that, it really doesn’t make sense to have someone like Milo here.”

UC Berkeley is considered the top public university in the country according to US News and World Report. But when it comes to the Princeton Review’s rankings of the most politically active campuses, Berkeley doesn’t even make the list.

The free speech movement happened here over half a century ago, and despite public perception that Berkeley remains a hotbed for political activity, it doesn’t always mean that students are at the center.