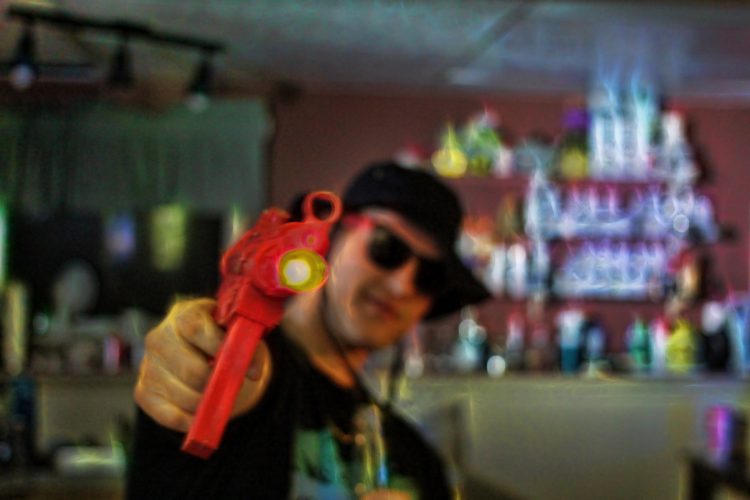 Boys in America get taught that violence is cool and masculine. (Photo: Cory Denton, via Flickr)

As I read about Nikolas Cruz’s passion for guns, I was not surprised. As an American teenage boy, the gross glorification of violence, weapons, and arms in our culture is not the least bit surprising. In fact, it’s deeply entrenched into the idea of American masculinity, beginning as early as in elementary school.

It’s not my intention to categorically stereotype men and boys, specific activities, or “masculine” interests, but rather — I write this piece in order to confront a reality that toxic masculinity is a cultural problem that makes our country less safe.

The United States of America has a massive gun violence problem that is underscored by a series of statistics, including our dramatically high rates of mass shootings and homicides by firearm.

The public health crisis that is gun violence is largely fueled by our government’s negligence, inaction, and greed, but as underscored by relatively low male participation in movements to demand gun control as well as by disproportionate rates of male gun ownership and violence.

If we are interested in making our country safer, it’s necessary for boys and men to follow the lead of those — many of whom are women of color — who have built the movements to demand gun control. Furthermore, it’s vital that boys and men evaluate how toxic masculinity is fueling an American culture of violence.

I grew up in a household of all girls, playing Barbies. It actually wasn’t until I started school that I realized that most boys didn’t play with Barbies – that instead we were expected to enjoy wrestling.

In middle school, it became impossible to hang out with any of my male peers without a first-person shooter game being played. Images of guns, death, and violence began to be normalized in our consciousness starting at around the age of 10.

But it isn’t normal when boys stare at guns and death all day through video games and are expected to enjoy it in order to be “masculine.”

We are systematically teaching our boys to be violent. It isn’t genetic, it’s systemic.

I chose to sit out the violence, thoroughly preferring Webkinz or chatting with the girls during recess to wrestling, violent video games, or the latest game that simulated war. I was called gay, weird, and weak because of it. Repeatedly. I still am, even today. 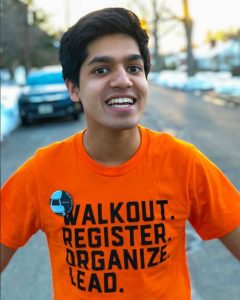 In America today, we have conflated violence and militarism with masculinity. As we mourn the deaths in Parkland, that is a reality that we must confront.

If one (irrespective of gender or conditioning) genuinely likes playing with Nerf guns or certain video games, that is one thing, but it’s another to expect every boy to enjoy violence in order to be considered properly a boy, and to systematically teach one gender that violence is an acceptable means to solve conflicts.

When boys are simultaneously taught that tears are not “manly” and that taking someone behind the bleachers is a legitimate way of handling problems, it creates a culture in which boys may feel that they must be aggressive to overcome their insecurity, which can provoke the violence that we are seeking to eradicate.

As we are outraged by the school shooting in Parkland, we must also be outraged by a system and culture that teaches our boys that posting Instagram pictures with knives, guns, and hate symbols is cool, masculine, and normal.

We absolutely need #GunControlNow, but we also need overwhelming reform in our culture, commercialism, and conversation. The way that we gender our culture is promoting violence, and we all have a role to play in dismantling that patriarchy to create a better, safer world.

We must be calling our representatives to call for #GunControlNow, marching to put pressure on our politicians (following the incredible lead of the #MSDStrong), and using social media to demand #EnoughIsEnough, but we also must take a moment to think critically about the ways that gender roles are promoting violence and to evaluate our own roles in this problem. And we must be willing to follow the lead of women to dismantle toxic and fragile masculinity.

If we care about making this country safer, this must be a top priority. We don’t need our political representatives for this change. This is on us.