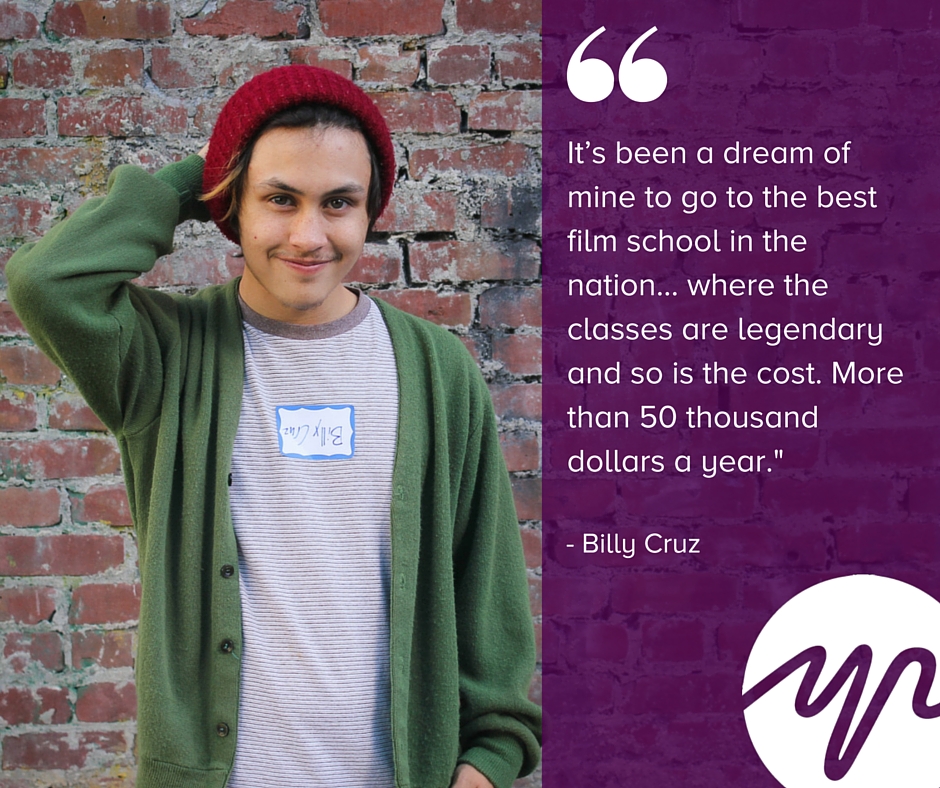 This week marks the last big applications push for most high school students. Friday, January 15th is a big day for deadlines.

My mom didn’t go to college. When she graduated high school, she started helping out with my family’s business and has worked there pretty much ever since. She waits tables at my grandmother’s restaurant.

My dad also got a job right after high school. He pretty much had to. His dad wasn’t in the picture so he helped his mom raise his five younger brothers. I’m lucky by comparison. I’ve been able to follow my passion for making movies.

It’s been a dream of mine to go to the best film school in the nation, a place like NYU or USC, where the classes are legendary and so is the cost. More than 50 thousand dollars a year.

“Going to USC in film doesn’t mean you’re going to be a famous director, and going to San Francisco State in film doesn’t mean you’re not going to be a famous director,” said Gabrielle Glancy, a college counselor who has written books about college essay writing. Forty-five minutes of her time can cost almost $300. My family doesn’t have that kind of money, so we had to complete the application process on our own, which wasn’t that easy.

“To be honest, the reason I have a job is because it’s very difficult for parents to do this by themselves with their son or daughter,” said Glancy.

My mom and I got into so many fights when I was applying to college. Money was always a huge part of that. Ultimately, my mom told me “If you get accepted, we’re gonna go check it out, and we’ll see if it feels right, you know what I mean. And if it does feel right, your dad and I will have really to sit down and say, ‘Well maybe we’re gonna let him go there.’ None of it is off the table.”

When I was young, I used to imagine my first car would be an all new Chevy Camaro. But actually it was my mom’s cousin’s old Mazda Tribute. USC is like that performance car I used to dream of. Sure it’d be nice, and maybe it’d get me to where I want to be a little faster, but my family is middle class and we just can’t afford it.

I decided not to apply to USC because of the crazy sticker price. Now I’m most excited about San Francisco State University, a college that’s more like that old car. It won’t break the bank and can still get me where I want to go in life. Now that money isn’t causing my mom stress anymore, something else is.

“Me going to school, especially far away, would be a big deal for my family,” I asked her.

“Heartbreaking,” she said, laughing. “That would be hard, but I’d be okay. I can do this.”

I completed applying to schools on her birthday. She said it was the greatest gift I could ever give her.