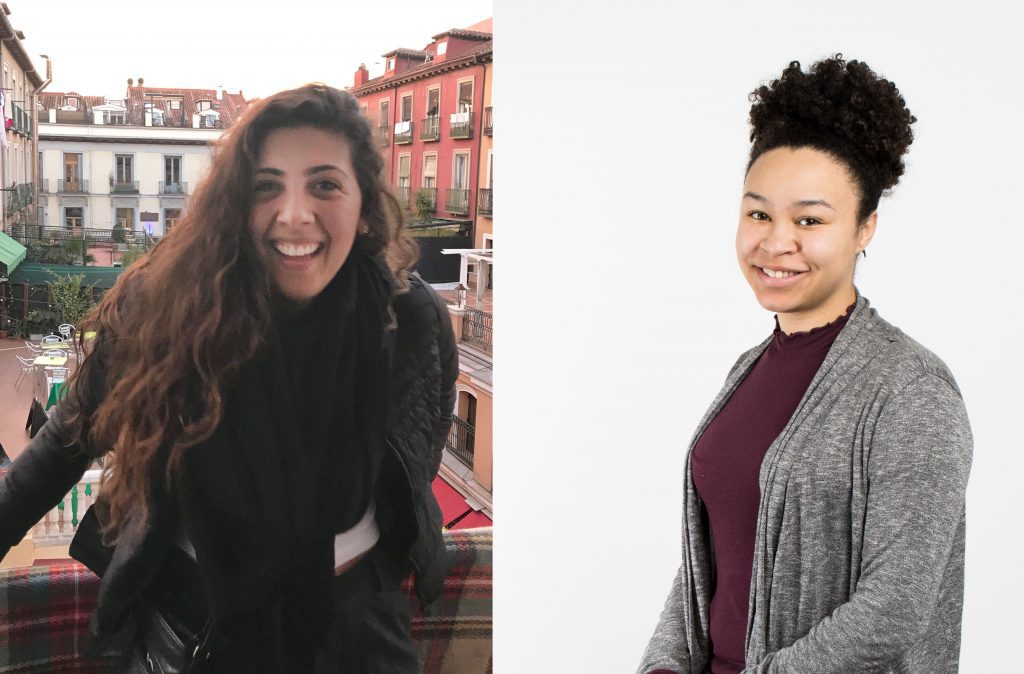 This year, Fostering Media Connections (FMC) launched its first-ever Youth Voice nonfiction writing contest and invited current and former foster youth between the ages of 18 and 24 to submit essays on the theme “What love is.”

The winning essays appear in the May/June issue of Fostering Families Today, FMC’s magazine for foster parents. Here, Youth Radio presents excerpts of two of the winning pieces. Click on the essay titles to read them in full.

Love is an elusive word in the world of foster placements.

It is not spoken in the homes I live in. Does that make them houses? Shells of a home?

My friends talk about their families and go on vacations. Their parents wait outside at the end of the school day.

My adopted foster sisters cuddle in my foster parents’ arms. Their bio children pass over an invisible line that keeps me out.

I can feel the oozing discomfort of their insincerity.

My heart squeezes and aches and my lungs compress trying to hold back sobs. I want a hug and a kiss, too. I cannot form these words.

In the back of my consciousness I scream out for my mom, begging and pleading to be touched, to hear her say “goodnight, I love you” and know it’s the truth. In the same moment anger rises like a sneaker wave and sears through any remaining longing, removing every trace. All that remains is a sharp ache in my chest. I want to run until I collapse.

They tell me I must love myself before I can love anyone else.

I go off chasing boys, searching for it, but all I find is a void.

No one taught me about healthy relationships. I make assumptions and hypotheses trying to guess if this one loves me or if he’ll leave me like everyone else. I pour everything I have into this teenage romance, hoping for approval. Hoping for consistency. Hoping for the missing four-lettered word to be uttered on a rainy day under the bleachers.

He takes my virginity and leaves.

He lied about love.

My being rears up in fury, angry at the world. More angry at myself.

My thoughts consume me: “I hate you, no one will ever love you! Why can’t you just be normal? You’re not enough! You’re never enough, I wish you would just die.”

I punch myself in the face. Slam my head into the wall. I carefully pull out the blades from my razors while thinking these things and quickly slice into my arms. I will myself to stop feeling anything for anybody, dissociating into icy waters that will submerge my thoughts.

This new pain swallows my previous pain; a shark that smells blood. I sob myself to sleep while other people decide my future.

It skirts around me like a drop of oil in water.

Until one day I find it.

Sierra Howard is a former foster youth who exited the system in 2016 at 21. She has been supporting herself while earning her bachelor’s degree at the University of Portland, where she will graduate in May with a bachelor’s degree in nursing.

My brothers and I were taken away from the care of my mother at a very young age. I was upset that she would let such a thing happen to her own children, and although I didn’t want to accept it, I knew that it had to be done. I quickly learned that I was now part of what was referred to as “the system.” These were words I heard often, but did not completely understand.

After spending some time in different homes, my two brothers and I were eventually passed around to different family members and treated horribly. We were three young kids who were already confused, yet we were constantly harassed with comparisons to our mother: “You are going to end up just like your mother.” We were kids — of course we were going to forget to put the milk in the fridge. We were bound to leave our toys all over the house. We weren’t perfect. Again, we were kids. Such actions resulted in verbal abuse that left us traumatized and made us feel as if we were to blame for having a mother who made such mistakes. It wasn’t fair.

I knew that they were wrong for saying such things, but I always bit my tongue and took the abuse. I still loved them. I was thankful that they took us into their care, but I didn’t feel welcomed. I didn’t feel loved. So the search for love began.

You Have Five Minutes Left

My mother may have lost the fight for custody, but this didn’t mean she could never see us again. We were allowed to visit her twice a month, but our visits were limited to government-controlled facilities where a social worker was present. It was the most awkward thing ever. The social worker would sit there and observe us the whole time. She would take notes, and I would stop talking as soon as I saw her write in her notebook. What is she writing? Did I say something wrong? Am I jeopardizing our visits? The whole thing was very strange.

Months passed before we were allowed to meet with my mother in public, this time at our city’s McDonald’s. My grandmother was the “supervisor” of these visits, so they weren’t as awkward as our visits in a room too small for four people and, not to mention, a complete stranger observing us.

Things were going really well with my mother, but it was too good to be true. I was right. Our visits went from twice a week to twice a month and eventually faded away. I was very upset and questioned the whole situation: Is this really happening? Why me?

I had been starting to feel important. Starting to feel cared for, loved. I wanted to fight for her love, but I knew that I would only hurt myself in doing so, so I accepted it.

Maybe my mom realized she was harming us. Maybe she realized we were better off without her, no matter how much it might have hurt. Maybe love meant keeping her distance while trying to better herself.

Maybe love was there, but I couldn’t clearly see it.

I’m So Proud of You, Thalia

“I’m so proud of you, Thalia.” It was like a broken record. My mother told me this all the time. She, of course, couldn’t be at my graduation, but I wasn’t surprised. Till this day, her reason for missing my big day remains a mystery.

I accomplished something huge. Something no one thought I could do. I was proud of myself. I thanked my mom for everything despite all the harm she caused.

I love my mom, but people still question my logic behind that. No one understands. My mother tried to get me back, but once she realized she was doing more harm than help, she backed away.

Love sometimes hurts. LOVE. HURTS. That’s it. As I said before, love is sometimes disguised, and it isn’t until moments like this that you truly realize that you are loved. Love is often sold as smiles, red hearts and endless joy, but this is not real. This love does, of course, exist, but not always.

After my high school graduation I thought long and hard about the first 18 years of my life and I realized that I was loved, that even though it might not meet typical expectations of what love is supposed to look like, I was loved.