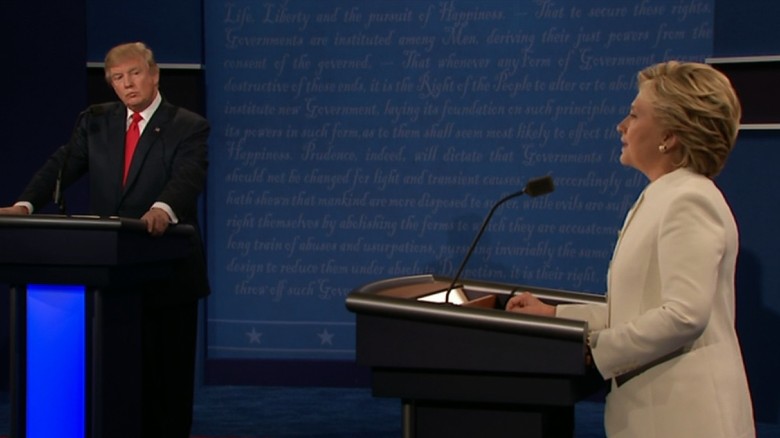 First the good news: this whole thing is almost over.

In the race to become President of the United States, Hillary Clinton and Donald Trump have passed the last major campaign milestone—the debates—and now it is pretty much a sprint to the White House. In this “anything goes” year, whether or not Millennials show up to vote could be the deciding factor in many of the battleground states. So let’s check in and see what the campaigns are doing to bring them out…or keep them home.

What The Polls Tell Us

First up, there’s been some chatter around numbers released by The Center for Information & Research on Civic Learning and Engagement (aka CIRCLE) about Millennial attitudes toward the election. It turns out that even though they’re engaged in the election at home, say talking to family and friends, the campaigns aren’t doing much to mobilize them as a voting block. The majority (70 percent) of millennial voters in this poll say they haven’t heard from either campaign. But that’s not the only reason young voters might not make it to the polls. A recent USA Today/Rock the Vote poll found enthusiasm about voting is dipping among young voters, partially as a result of the starkly negative tone of the campaigns in recent weeks.

That lack of enthusiasm might actually become a boon for the Trump campaign. Since young voters are backing Hillary Clinton over Donald Trump by more than three to one, according to the USA Today/Rock the Vote poll, Trump would benefit from more millennials staying home. That almost makes Trump’s starkly negative campaign—seriously, this will be considered historic—seem less like a PR problem and more like a political strategy..

Where The Campaigns Appeared This Week

Need more evidence of a divide? Here’s a peek at what college campuses and youth voter events the candidates and their surrogates have been staging.

While the candidates can’t seem to agree on anything—even on whether or not election results should be honored—they do appear to have one thing in common: a belief that college is too expensive.

Just how far their respective administrations would go to reign in costs differ, but it is somewhat reassuring to know is they are both thinking about how crippling college debt has become for millions.

There’s no real way to tell what the impact of this election will be until long after the smoke has cleared. What we can do right now is start to tease out a few threads and themes that may impact the youth vote in the long run.

For starters, the Trump campaign has alienated some college Republicans, which may have a larger impact on GOP unity for future generations. But there’s evidence that millennials are frustrated with both candidates. And even though Clinton is the first female presidential nominee of a major party, one poll suggests that millennial women may be more likely to jump onto a third party bandwagon than millennial guys.