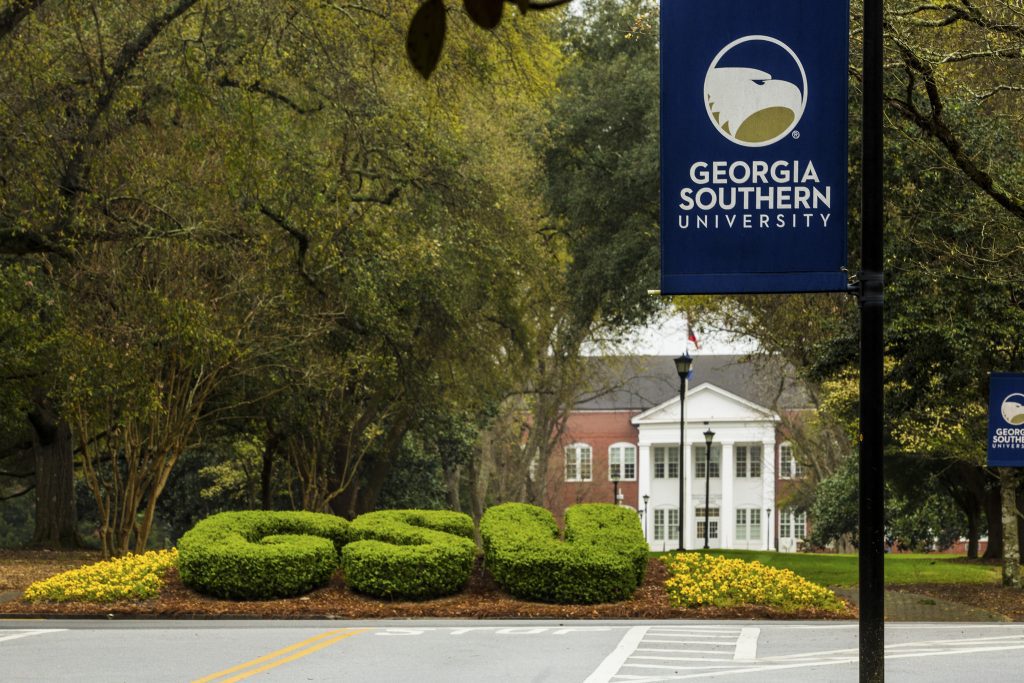 A text conversation between two future roommates at Georgia Southern University went viral after a white student apparently sent a racial slur to her assigned roommate, who is black.

The conversation between the two students started normally, when the black student introduced herself to her future roommate via text and both students had accidentally called the other.

Screenshots posted on social media reveal the conversation then took a turn. The white student sent a text using the n-word, that it seems like was meant to be sent to a friend, not to the roommate: “Her insta looks pretty normal not too ——ish.”

The student immediately apologized to the roommate — and blamed auto-correct, saying she meant “trigger-ish.”

“OMG, I am sorry,” she wrote. “Damn spell check. I did NOT mean to say that. I was texting Hannah and I meant to say triggerish meaning like you seemed really cool, nothing that triggered a red flag! I’m so embarrassed, I apologize.”

Our iPhones have been changing f**k to duck for YEARS, so we find it hard to believe that a Georgia Southern University student "mistakenly" sent the word ni**erish instead of triggerish: https://t.co/OSIJnwvo3R pic.twitter.com/fvly2HoL8z

However, many, including friends of the student who received the message, are not buying it.

“Triggerish is not a word at all either,” Dajah Morrison, a friend of the black student, told WSAV. “The closest word to that is triggerfish. So for her to cover those things up, it just didn’t add up.”

Some are calling for the student to be expelled.

#TheView To that racist liar at Georgia Southern: The letter 'T' and the letter 'N' are not anywhere near each other on the keyboard.

I would expect anyone from Georgia Southern University to say that

That is such BS – that is definitely NOT a word your phone's dictionary would contain – autocorrect had NOTHING to do with this!

IT DID NOT auto correct to the word ni**erish! NOPE! It DID NOT! Sooo @GeorgiaSouthern interim President #ShellyNickel #and EVERYONE ELSE ON STAFF, there NEEDS to be some disciplinary actions taken! I am waiting and watching ? you Georgia Southern University.

So Georgia Southern University y’all aren’t going to expel her or take any action? It’s sad when the apartment complex…

Other schools have expelled students from the same thing she has done. I don’t see the difference pic.twitter.com/nsEIoDT4Am

The exchange led GSU Interim President Shelley Nickel to release a statement Friday affirming that “The use of such racist comments is offensive and unacceptable and in no way reflects the attitudes or values of Georgia Southern University. To be clear, there is no place for bigotry or racism on our campuses.”

Founded in 1906, GSU encourages its faculty, staff, and students to “embrace core values expressed through integrity, civility, kindness, collaboration, and a commitment to lifelong learning, wellness, and social responsibility.” According to the GSU website, the university serves more than 27,000 students from all 50 states and beyond, and about 25% of its student body is black.

GSU spokesperson Jennifer Wise told Newsweek she could not comment on student records and couldn’t confirm whether action had been taken to address the incident but that Nickel’s statement “clearly affirms the University’s position on the matter.”

According to Newsweek, the white student allegedly deleted her social media accounts after her name began to spread around social media. The original Facebook post with the text exchange has been deleted.

Aspen Heights GSU, the campus where the students would be living, said on Twitter they could not discuss resident issues publicly but that they are taking the issue seriously and “addressed it with the resident in question.”

We addressed it with the resident in question. This is an issue we take seriously, but we do not discuss resident issues publicly. We can discuss general issues via DM or email us.