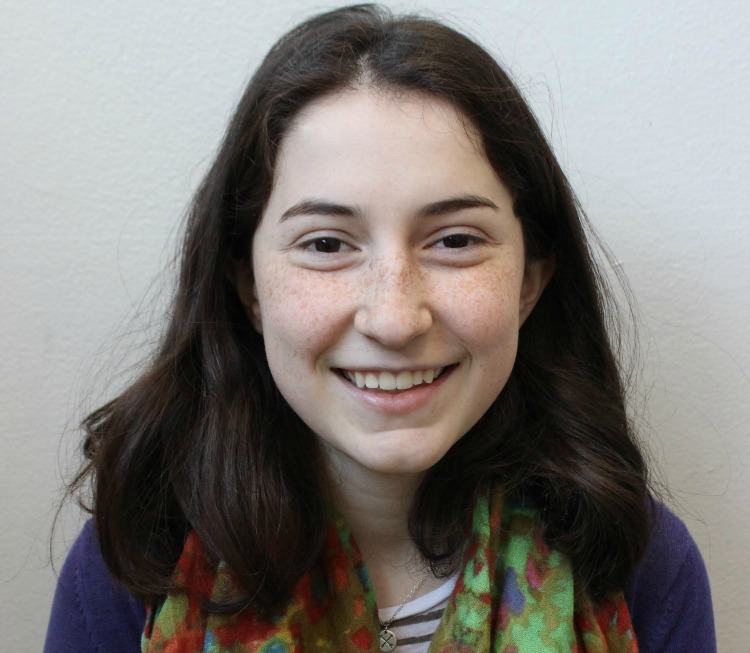 Hundreds of thousands of students all over the country took to the streets on March 24th to march for gun control and to say #NeverAgain to deaths from gun violence. Katie Eder, age 18, and some of her classmates at Shorewood High School in Wisconsin are taking their passion for the cause one step further — or, more accurately, 50 miles further. Katie helped organize 50 Miles More, a plan to march 50 miles to the hometown of Republican congressman Paul Ryan, who serves as the Speaker of the House of Representatives.

What to do when marching 50 miles to @SpeakerRyan's hometown? Create highly applicable and catchy chants. Play on full volume! #50More pic.twitter.com/z2RLPlVSNg

Youth Radio caught up with Katie before her group’s march to find out more about the 50 Miles More movement.

Note: This interview has been edited for clarity and length.

Katie Eder: Everyone came to Madison, Wisconsin, on Saturday night, and then we started marching bright and early Sunday morning. We’re walking 50 miles from Madison to Janesville, Wisconsin, the hometown of Speaker of the House Congressman Paul Ryan.

It’s 50 miles from Madison to Janesville, and we’re taking four days to do the march, so we’ll arrive Wednesday, March 28th, around 12 noon.

YR: How did you come up with the concept for 50 Miles More?

KE: Right after the Parkland shooting, it became very clear that those students were standing up and speaking out and saying enough is enough. In Wisconsin, myself and students from around the Milwaukee area, we all got together and said, “What can we do, and how can we help?” Because you know this is an issue that affects every young person in every school in America, we want to make sure that all of our voices are heard.

Fifty-four miles was the [length of the] 1965 Selma to Montgomery march during the civil rights movement. That was an example of young people standing up and making a change and making the impossible possible. And that’s what we’re trying to do.

YR: What are your plans for the 50-mile stretch?

KE: We’re going to march about 13 miles a day and then high schools along the route are opening up their school gyms to let us sleep there at night.

For the march itself, we think there are going to be 40 young people who do the whole thing.

At our final day rally in Janesville, we’re hoping to have upwards a couple hundred — maybe even a thousand — people show up to sort of welcome our marches into Janesville and call upon Speaker Ryan to make a change.

Wisconsinites!! Passionate about gun reform and want to get involved with #50More? Be at Traxler Park in Janesville to welcome this incredible group of young people into town this Wednesday @ 12PM. This rally is the culmination of our 50 mile march and we need you there!

After the rally on Wednesday, we’re busing kids back to their hometown.

YR: How much support has your group received from people in Wisconsin?

KE: There are definitely a lot of people in Wisconsin who are very big supporters of the Second Amendment to the extreme. I think we’re definitely going to encounter some of that on our walk, and we’re prepared for that. We’re matching with young people from towns that I think normally swing right. What I’m seeing, especially in the young people, is that this is connecting people across geographical lines in a way that most other issues wouldn’t.

No matter what you’re doing or what your cause is, there will be people that don’t agree with you. But I would say there is surprisingly an overwhelming amount of support.

YR: What do you hope this accomplishes?

YR: Why do you think the Parkland shooting has ignited so much teen activism around the need for stricter gun laws?

KE: I’m 18, and I was born in a post-Columbine America. So for my whole life, this has been something that’s been normalized. In elementary school, I remember doing lockdown drills. I remember where I was when Sandy Hook happened and I was only in seventh grade. We have grown up with this, and we’ve seen the lack of action.

We’ve seen time and time again politicians sending thoughts prayers but doing nothing. [But now things are changing because of a shooting that] happened at a high school where the students are old enough to articulate themselves and turn their grief into change and to inspire other young people to do the same.

YR: You’ll be voting for the first time in November. How is the gun violence issue going to affect how you look at candidates?

This issue is activating a lot of youth all over the country, and we saw that with walkouts on March 14 and the March For Our Lives rallies. We are ready. We’re so ready to vote. We’re ready to have our voices be heard, and we’re learning how important a single voice is.

Every one of us has the power to tip the scale and we’re seeing that. Maybe people in Washington aren’t quite prepared for what’s coming and that’s the youth of America. We know how to use technology, and we’re more educated on the political issues, we’re dedicated to making a change, and we want to see the world become a better place.

YR: What’s next for you all after this? How will you keep the momentum going?