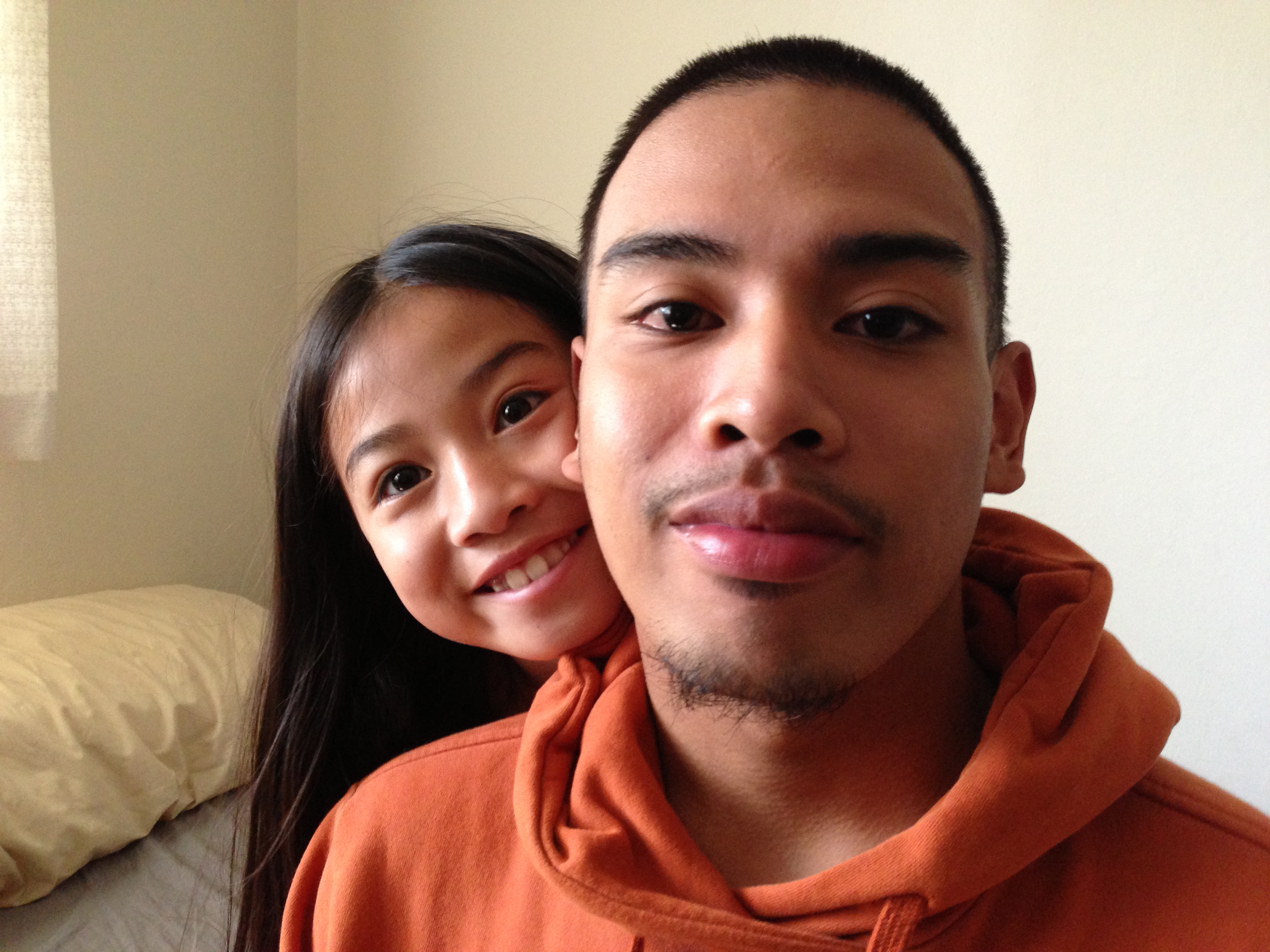 Families with lots of cash have safety nets. Nursing homes when elderly relatives get sick. Daycare for young children. But for working class families, young people are often the default safety net.

In Alameda, California, Twenty-year old Jonathan Anabo prepared breakfast for his ten year-old sister Katrina. Sausage and eggs sizzled on the frying pan, rice steamed in the cooker, and bread was toasting.

Their dad died a year ago, and their mom leaves for work early. So Monday through Friday, Anabo takes over for his mother.

“He drives me to school, he picks me up from school,” said Katrina. “Like he supports me into what I do, but not being like a potato couch.”

Preventing his little sister from becoming a couch potato requires sacrifices. Instead of taking a full time job, Anabo only works three days a week. He only takes college classes if they finish in time for him to pick up his sister. And once, he even brought his sister to work with him.

“I could have left her here,” explained Anabo, “but I don’t like leaving her home alone. Just because what parent wants to leave their kid home alone? Who doesn’t want to give them attention?” 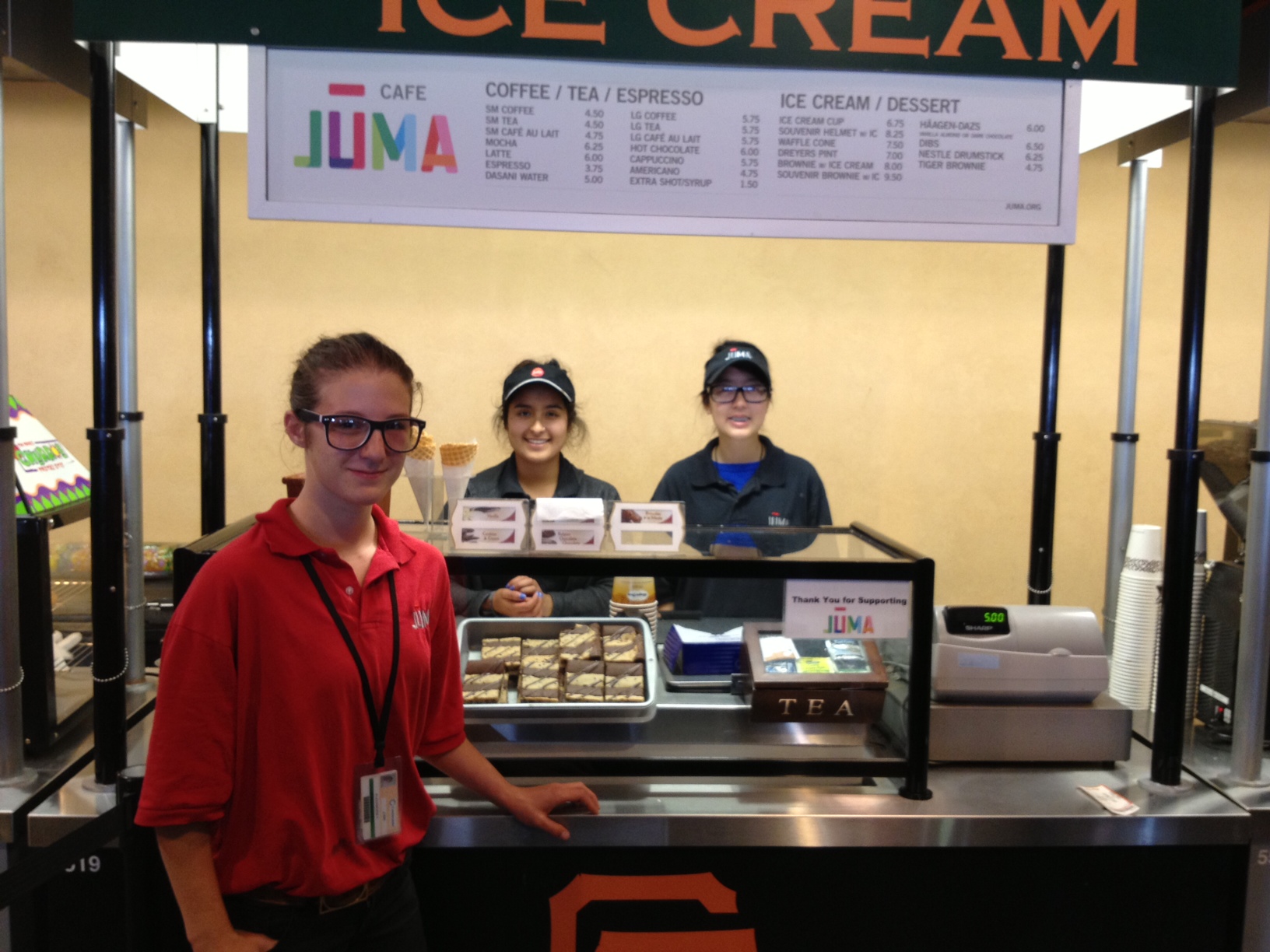 Across the bay in San Francisco, teenagers work the cash register at a Giants home game. They’re with a non-profit called Juma Ventures, which employs more than 350 youth in four cities across the U.S. manning concessions stands at major sporting events.

The issue of work-life-school balance is one that comes up often for young people employed by Juma, including eighteen year-old Alexandria Ferrey.

“It’s really difficult,” said Ferrey, “because you’re in this awkward stage of trying to figure out who you are, and also you’re trying to be the adult. You’re trying to support all these different people.”

Ferrey was raised by a single mother and is the oldest of three siblings. She took the concessions job to help with rent and food, and was like a part-time parent. Especially to her 12 year-old sister.

A typical day starts at 8 am for Ferrey, then to work, then home by midnight, where sometimes there are problems waiting. Ferrey gave the example of one night, “My sister didn’t do her homework so I had to do her homework with her, and then I had to do my own homework, do my chores and didn’t get any sleep that night and had to do it the next day.”

She has one goal. Be the first in her family to graduate from a four-year college with no loans. It’s a challenge that Mills College economics professor Siobhan Reilly knows well.

Many of Reilly’s brightest and most organized students struggle to graduate because of job and family commitments. It’s a difficult balance for young people to get right, choosing between investing in themselves by going to college or getting a job — or giving back to loved ones who need help.

Jonathan Anabo has been manning the ship for quite some time. Does he want it to end?

“I mean, do I hate this life? Uh, I think I. I think I’ve grown to appreciate it. Like at first I wasn’t all for it. I was kind of thinking for myself.”

But for now, Anabo is choosing his family’s needs over his own. He thinks it will be worth it in the end.