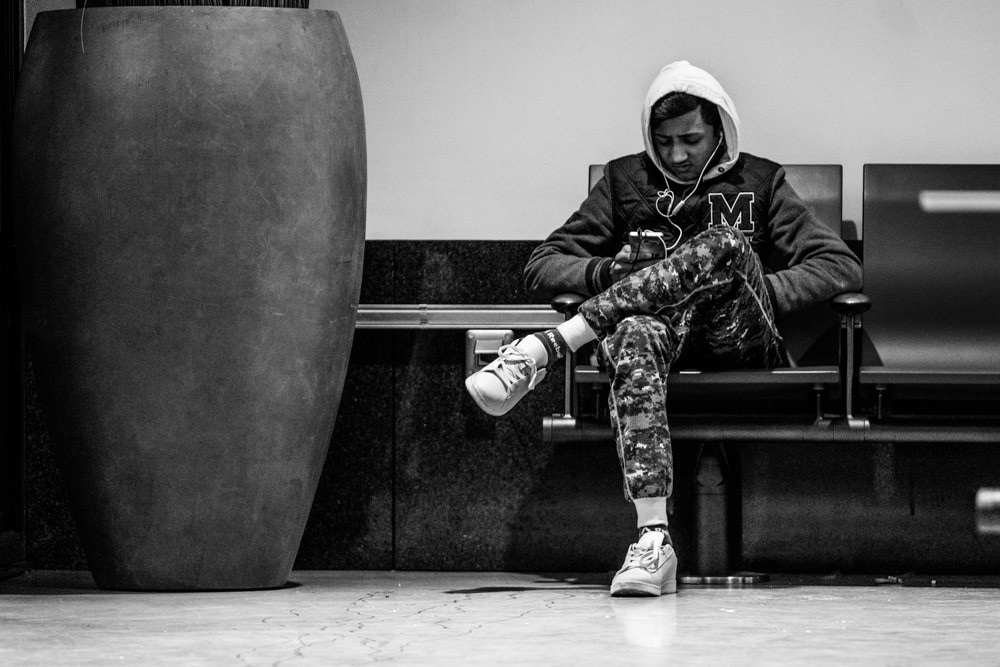 These days, when a tragedy strikes – be it a school shooting, act of terrorism, or other traumatic news story – word spreads fast thanks to social media. And as it turns out, the sheer volume of news itself can bring trauma of its own.

You may have experienced this yourself, keeping up with events in real time, seeing video footage from students inside Marjory Stoneman Douglas High School in Parkland, or following along as students at Santa Fe High School used Twitter to try and find out their friends were okay, to often heartbreaking results.

We turned to Stephen E. Brock, Ph.D., a professor who heads up the school psychology program at California State University, Sacramento to understand how these incidents can affect us psychologically.

“You can think of the crisis event being a pebble or a boulder, depending upon the magnitude of the event, being dropped in a pond of water,” Dr. Brock says. “Right where that pebble or that boulder hits the impact is pretty profound. And then there’s these ripple effects that go out and eventually get far enough away from that, that there’s no more disruption to the water. But closest to the epicenter, the impact, the effects are greater.”

While there are no studies yet on how social media coverage of these kinds of events affects young people – the ethics of running such a study could be problematic, as heavy social media exposure isn’t regarded as healthy – there are studies from as far back as the 1990’s on the impact of cable TV coverage of tragic events. There was evidence of trauma among those who witnessed news reports of events like the Oklahoma City bombing, even if they lived hundreds of miles away.

Pair that with the current thinking on social media: Dr. Brock says that more than hour a week spent on social networks can lead to trouble. The more time you spend, the more likely, experts believe, you are to be exposed to potentially traumatizing content.

“We do know that when social media usage increases beyond 10 hours a week those positive effects decline, and it does appear to have a negative effect on mental health,” Dr. Brock says. “So we’re just talking now about social media in general, not necessarily the viewing of traumatic images via social media. However, we would assume that those kids who have higher amounts of social media usage are going to be more likely to encounter these more traumatizing disturbing scenes and images.”

And the speed with which events like mass shootings unfold, are reported on, and discussed on social media doesn’t give caregivers like school psychologists and teachers time to step back and gather themselves to provide support. Instead, they must have plans in place. Dr. Brock has been working on one such plan – PREPaRE – for over a decade. It’s a curriculum that gives schools frameworks to deal with crisis events. One strategy: limiting exposure in the wake of an event.

“Immediate prevention” is one of the pillars of the program. Dr. Brock explains, “Immediate prevention is basically minimizing exposure to traumatizing images. Now this, of course, can include direct physical exposure, and so we talk a lot to school staff members about how you can isolate kids from crime scenes and medical triage scene. Exposure to that can be traumatic or compound the trauma. But we also talk about media. That includes electronic and print [journalism] as well as social media.”

The good news is that most people recover from trauma. Having a support network helps with that recovery.

“(It’s a) normal, common, typical reaction to an abnormal situation,” Dr. Brock says. “With time and talk and the support of moms, dads, teachers, and friends, we expect those disturbing feelings they’re having associated with the traumatic stress to dissipate.”

Those with a history of trauma – like victims of ongoing child abuse – may be more deeply affected. This is considered “complex trauma” and may need prolonged care. This can include those who have only experienced the “ripple effects” of a crisis event.

When it comes to minimizing anxiety over potentially traumatic events, facts can sometimes help. Like statistics that show that the odds of dying while in school are actually down from decades past. Dr. Brock cites a study from the Center for Disease Control and Prevention School-Associated Violent Death Study showing that young people more likely to die in a car accident than to die violently.

For some, though, that information may not be reassuring.

That’s because, often, “Perception is reality,” Dr. Brock says. “What you see and what you hear is your reality. The statistics, the odds, are an abstraction. A developmentally more mature individual is going to be able to juxtapose the abstract statistic with their perception and appreciate the difference.”

Children and teens, Dr. Brock says, who are surrounded by talk about worries over school shootings can color their perception and make the threat seem worse than it is, statistically speaking.

Judging from reactions in the media – social or otherwise – people of all ages have a hard time reconciling the odds and what they fear.