Lama Abu Hantash grew up hearing the story of how her grandparents became Palestinian refugees after they had to flee their village of Qaqun in 1948. The village was one of hundreds destroyed in the wake of the establishment of Israel during what has become known as the Nakba–Arabic for “the catastrophe.”

Abu Hantash’s grandparents were among about 750,000 Palestinian refugees, according to the United Nations, who were forced into exile–and many have not returned since.

Stories like those shared by Abu Hantash, who is 19 and from Louisiana, are largely forgotten and rarely told. But her story and others like it are being spotlighted in the most unlikely of places: a Facebook meme group.

Post Colonial Memes for Oriental Minded Teens is your average Facebook meme page–with jokes about postcolonialism and orientalism. As niche an interest as postcolonial theory might seem, the closed group has garnered about 17,000 members.

Many young Palestinians took the idea and ran with it, turning the meme page into a mini archive by sharing their families’ stories of displacement on a page normally used for memes and jokes.

Abu Hantash said she decided to share her family’s story on the Facebook group because as a Palestinian in the diaspora, she only had her oral family history and liked the idea of writing it out.

“There is currently no unified Palestinian history of life before the Nakba, or even really of the struggles since,” she said. “I believe it’s the duty of members of the diaspora to weave their own stories together so that we can create a full and rich patchwork history of our ancestral home.” 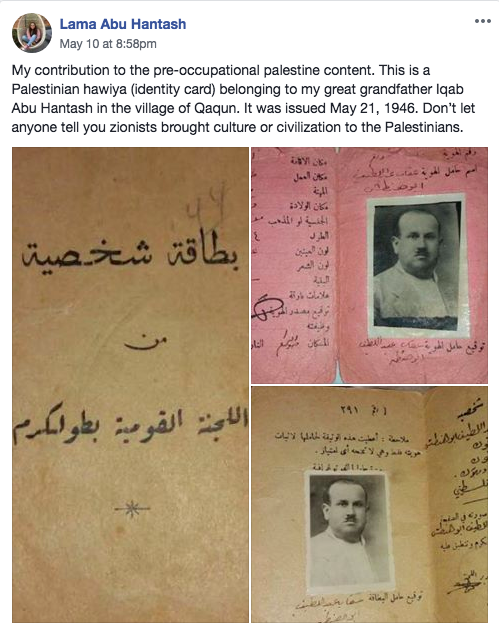 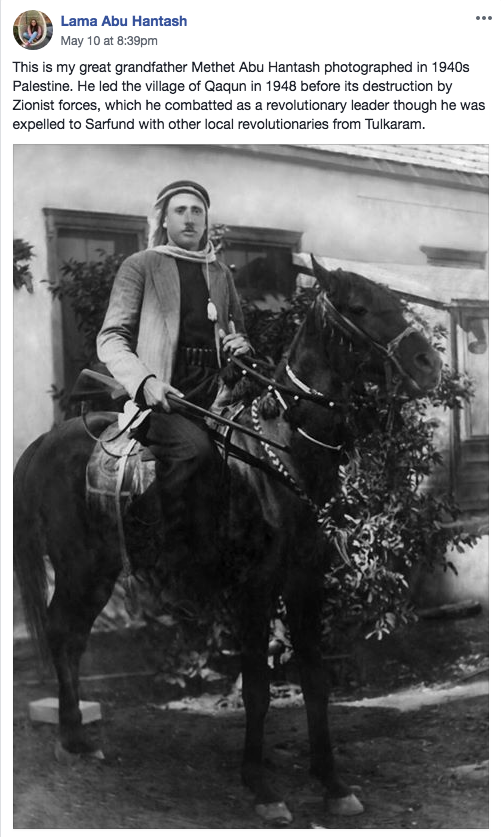 Ziena Sami, a 21-year-old Canadian, said she felt a sense of hope and community when she saw other Facebook posts on the meme page. She wanted to continue to spread that hope with the stories passed down to her from her grandmother. 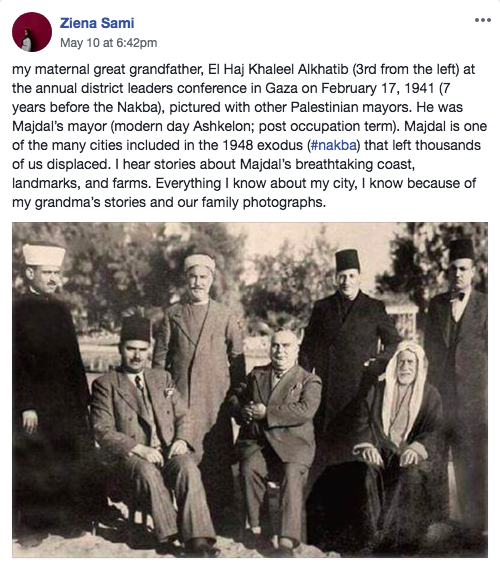 Eighteen-year-old New Yorker Hebh Jamal’s grandparents forgot much of their heritage, she said, when they escaped to Jordan in 1948. 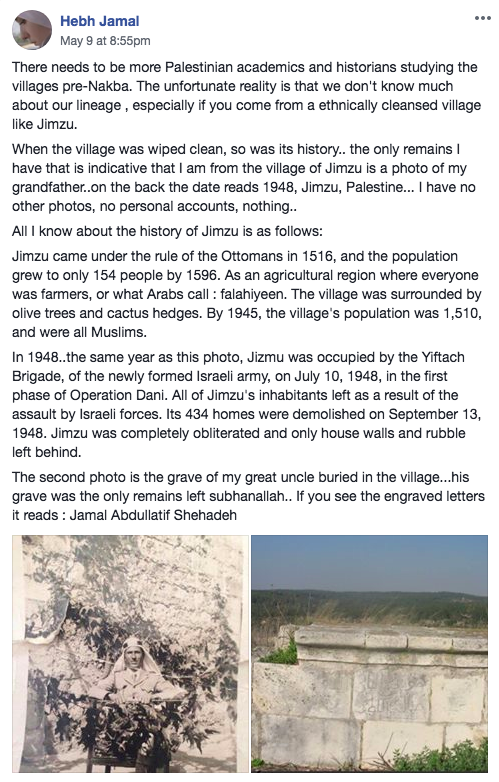 “When talking about my heritage, I find that understanding where you come from not only reinforces why you fight, but it also encourages others to join it,” Jamal, an activist, said. “That page has stories that did just that.”