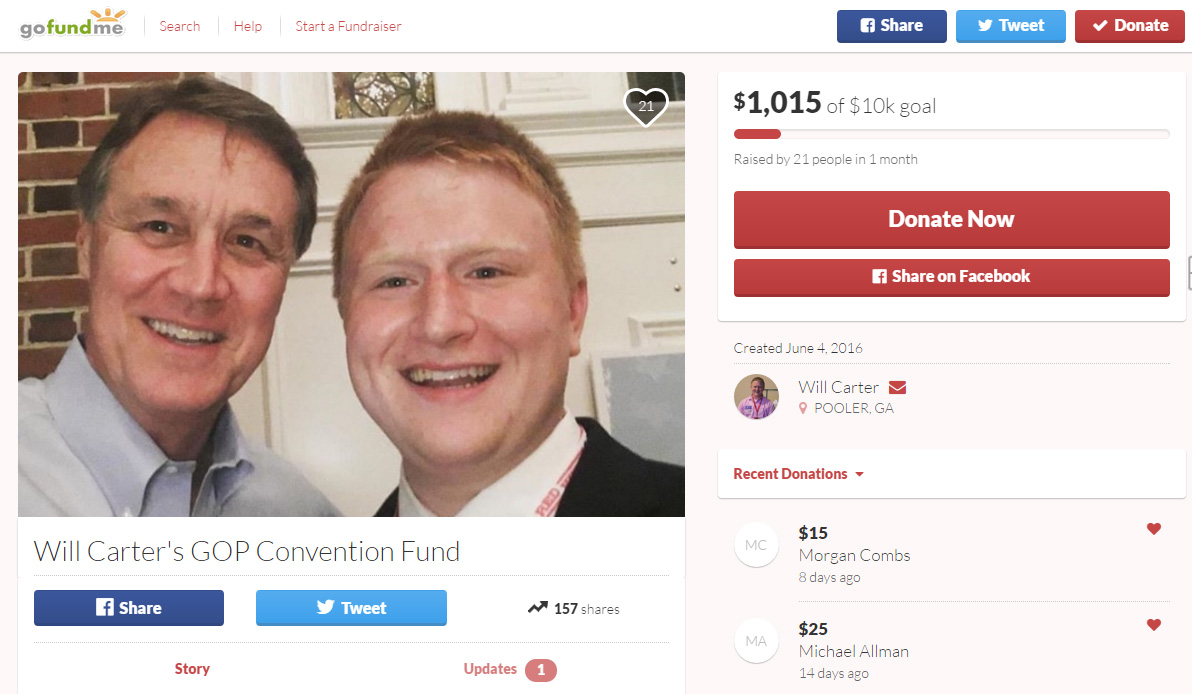 Georgia delegate Will Carter, 18, used GoFundMe to help pay for his trip to the RNC.

On Will Carter’s first day in Cleveland, he met a celebrity. “I just met Chris Wallace. He’s on Fox News every night like I watch his show every Sunday, so I’m pretty excited,” said Carter outside the Quicken Loans Arena.

Meeting famous political figures and pundits is one of the many reasons why the 18-year-old ran to become a Georgia delegate back in March. “At that point it was all tunnel vision for me. I didn’t care what they said. I wanted that delegate spot.”

But it came with a price tag.

“After I had won, I learned about the financial responsibility of being a delegate,” said Carter. “I mean, I’ve almost spent close to $3,000 and I’ll probably, by the end of this week, have spent close to $5,000.”

There’s no delegate plane. They buy tickets and fly coach like the rest of us — at least most of the young ones do. The RNC books huge blocks of hotel rooms, but the delegates pickup the tab for that too.

There are about 2,500 delegates. Add to that the alternates, volunteers, lobbyists, police, and press like me, and you end up with about 50 thousand visitors to the Cleveland area this week. John Aldrich, political science professor at Duke, says the RNC is hoping all those dollars translate to more than a few swing state votes. 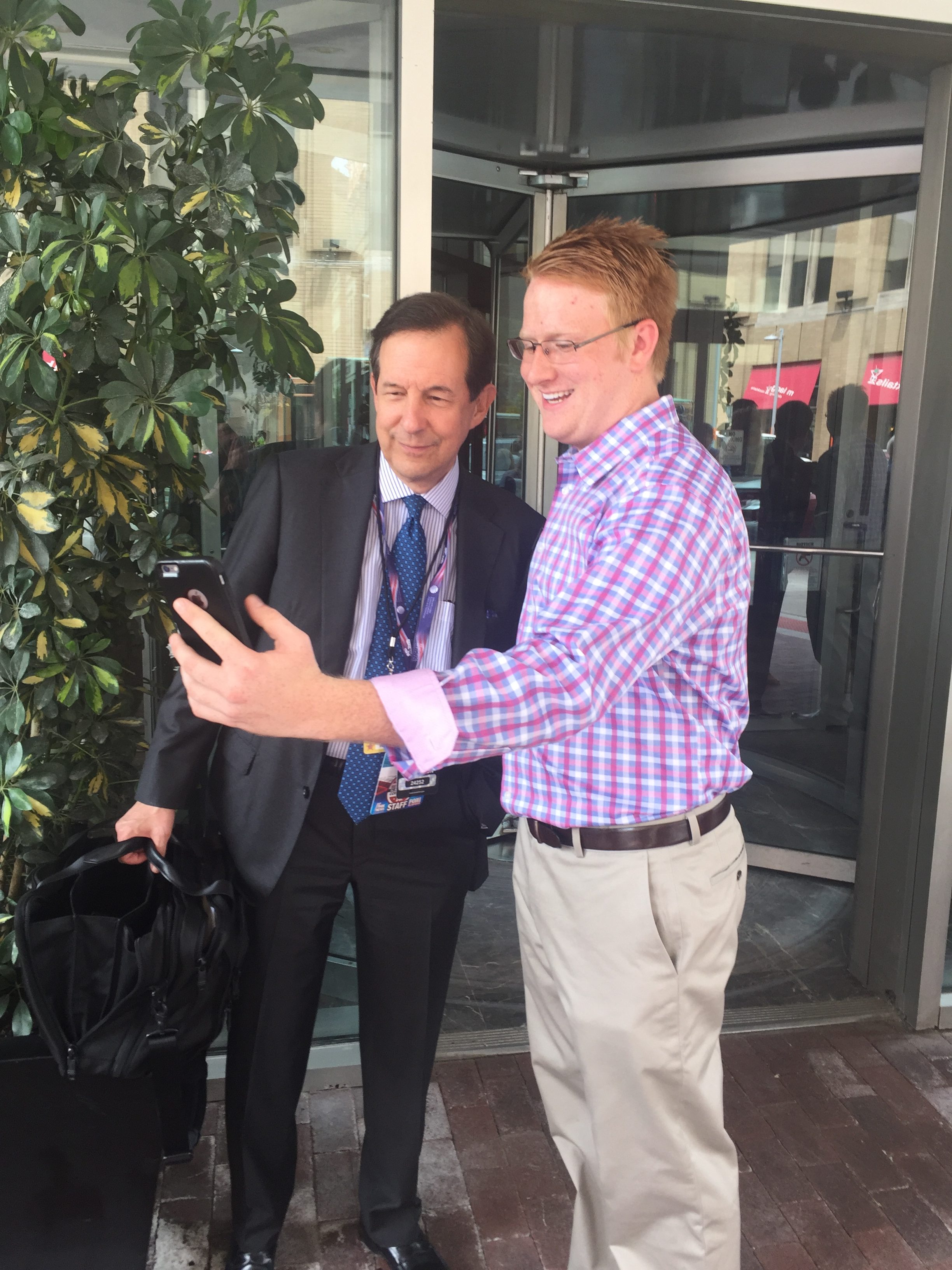 “They hope to have a lot of good press about how important this convention was for our city. How much it’s helped,” said Aldrich. “Look how much money it’s brought in, look how much tourism trade will be up, and so on and so forth.”

“On the other hand it’s worth a shot. It’s got to be someplace. It might as well be the place where if all goes well, it will be at least marginally helpful [to the Republican Party]. It’s simply, ‘it might help.’”

“It might help” is what Will Carter was hoping when he started a GoFundMe page. He set a goal of ten thousand dollars to help pay for the trip, but only raised a thousand from the crowd funding site.

No matter, says Carter. Because for a young delegate who hopes to someday be President, the convention offers a chance to be discovered.

“I don’t know if it’s possible but my hope is that they’ll go, ‘Hey, wow, this kid’s really young. Hey, would you like to speak?’ and I’d be like, ‘Heck yes!’ That’s what it would be like in my little, you know, uncomplicated perfect world,” said Carter.

Even if that doesn’t happen, Will Carter says, thanks to this story, his other goal for the convention has been realized: making it into the national media.