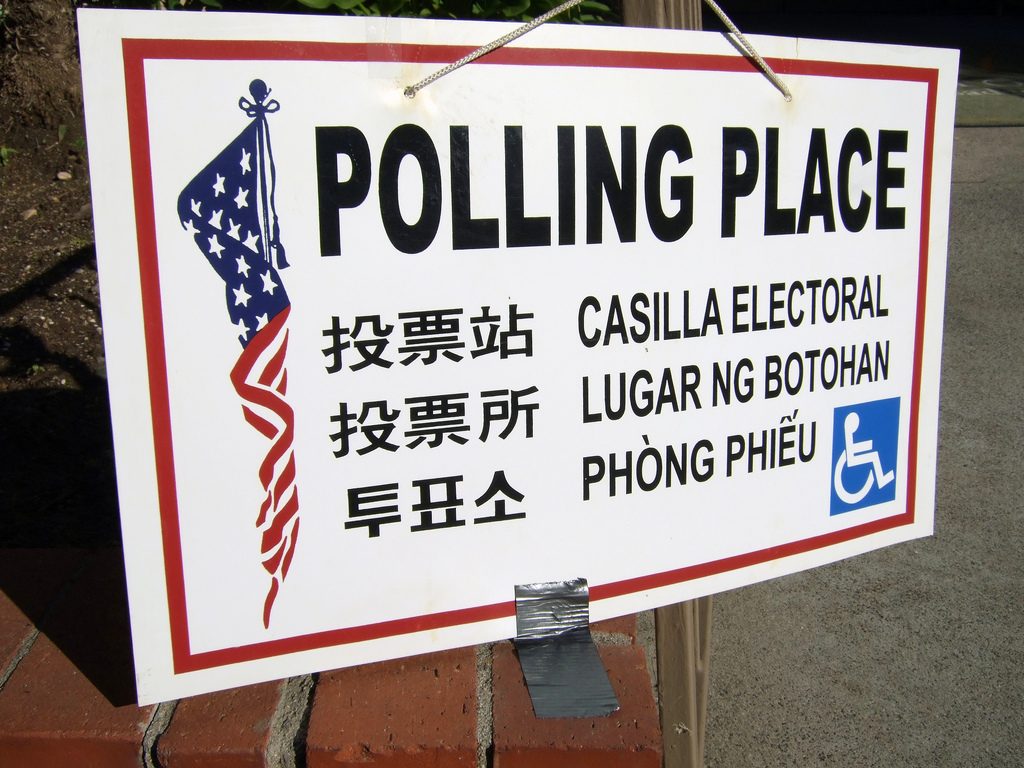 The 2018 California primary election is on June 5. (Photo: EL via Flickr, under Creative Commons license)

Not voting hurts more than you think. Primary election day in California is on June 5th, but worry not, this isn’t like the presidential election with all the bubbling vomit and dung that came along with it. This is a direct primary, which means your vote indisputably matters.

We get it. There are a million reasons not to vote. You’re not registered to vote, you don’t know enough information about the candidates, you feel your age group has less power than the Baby Boomers, you don’t have the time, or you simply don’t care enough to go out and do it.

There are hardly arguments. If anything, they’re weak excuses.

Registering to vote sounds scary. It something official from the government, so it must be a long and sophisticated process, right? Wrong. You can register online at registertovote.ca.gov right now if you’re a Californian, or www.usa.gov/register-to-vote in other states. It’s extremely simple and takes only a few minutes. (In some areas of California, you can actually register at your Registrar of Voters building the day of the election.) So if you think it should be easy to exercise your right to vote, good news: it is.

You don’t know anything about the candidates? If you’re reading this article, you have access to the internet, which also means you have the power to find out! Whether you have Democrat, Republican, or independent views, you can easily look up who best reflects your views and decide who to vote for on your ballot.

Our vote isn’t watered down by the Boomers–if we participate. According to the U.S. Census Bureau, there are currently about 8 million more Millennials than Baby Boomers. That means if everyone eligible registered to vote, Millennials and Generation Z voters would outnumber Baby Boomer voters in the millions! Add Gen Z, and this means our future is in the hands of the youth if we choose to take it!

You’re young, busy, and stressed. How can you find the time to vote? Your real only option is to take the time to vote when you’re out and about at whichever precinct is most convenient for you.

It’s a common misconception that you absolutely must vote at your specific precinct. You can actually vote at any precinct you want to. The only catch is you must vote provisionally. This means the Registrar of Voters need to verify you didn’t already vote at your home precinct, so they can keep people from voting twice. Ultimately, your vote still gets counted.

And if you don’t care enough to help mold the future of your government and country, then you can’t complain if you didn’t do anything to help change it.

There may be a million reasons not to vote, but there’s an infinite number of reasons to vote. The biggest one that applies specifically to this election would have to be the fact that this is a direct primary. Unlike in the presidential election, where the electoral college represents you, in a direct primary, your vote directly counts toward who or what you are voting for.

With the way the 2018 California primary is set up, the odds are in favor of Democrats for the position of state governor. This is due to the abundance of Democrats running for office. The top two vote-getters, regardless of party affiliation, and the top vote-getter from each recognized party go up against each other in the general election in November.

This means there’s a high probability that three Democrats vs. one Republican will be on the ballot in the fall. On top of this, with California being a very blue state, it’s a near guarantee a Democrat will win.

But even if you don’t share a candidate’s party affiliation, their views may be closer to yours than you might think.

So look at the candidates beyond their party labels–it’s possible that they hold views that correspond to yours, even if you don’t identify with their party’s policies.

Support what you believe in by making sure to vote Tuesday.

P.S. And if you’re now convinced, take it a step further! Participate by volunteering as a poll worker in a future election. What better way is there to find out about any flaws or issues with the polling process by helping run it yourself? In an age of alleged “fake news” and “rigged elections,” help stop these allegations by ensuring the integrity of your local poll.

To do so, contact your local Registrar of Voters office and ask about becoming a poll worker. There are many positions open, from touch screen inspector to clerk, that you can hold. Volunteers even receive a $100-200 stipend to offset expenses. Basically, you will be getting paid for serving your community and aiding in the future of your state!