Donate Now
On the floor of the Quicken Loans Arena, site of the 2016 Republican National Convention.
07.18.16 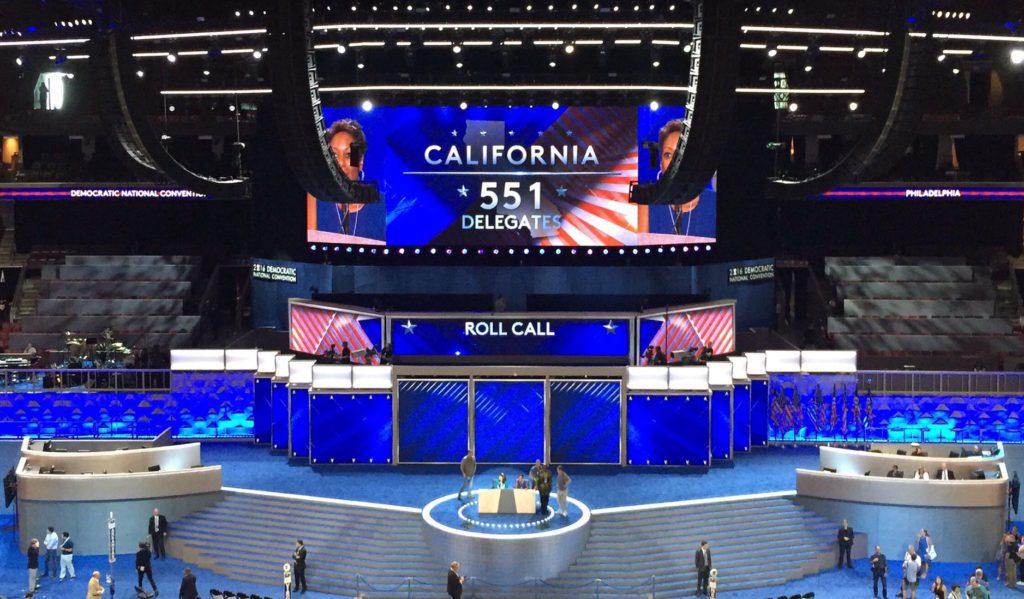 Check out our reports and interviews

Reporters Myles Bess and Billy Cruz get a sneak peak of the “Black Men For Bernie” bus drawing crowds at the DNC in Philadelphia. 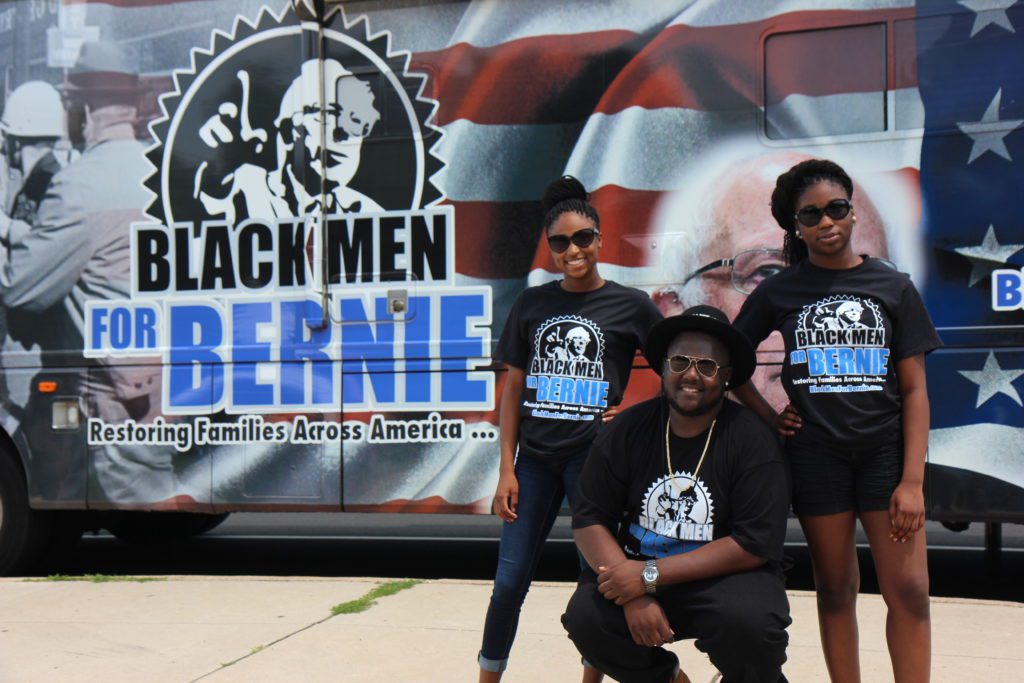 Teens Convince Parents To Take Political Message On The Road

If most teens told their parents who to vote for, they might think about it, but they probably wouldn’t get eight cars decked out with a candidate’s face and take off all over the country. But 17-year-old Nadia Crawford’s family isn’t exactly normal. 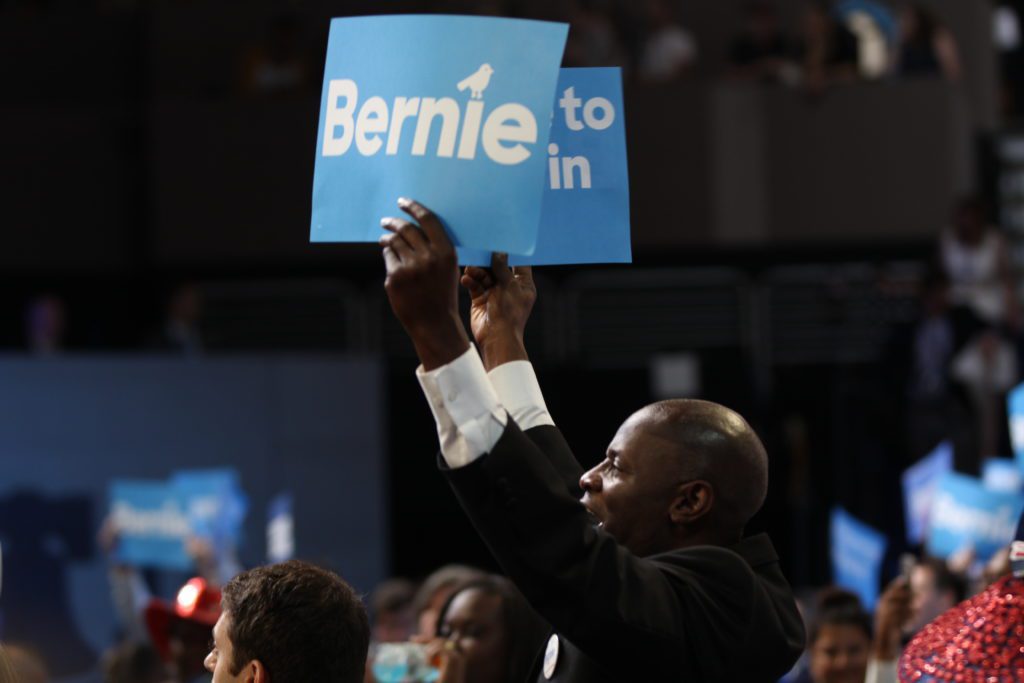 The DNC, Black Voters, And Democracy In Action

The question now that Clinton is the Democratic nominee for president is whether black millennials will vote for her in November. And for black people at the DNC in Philadelphia, that answer seems to be mixed. 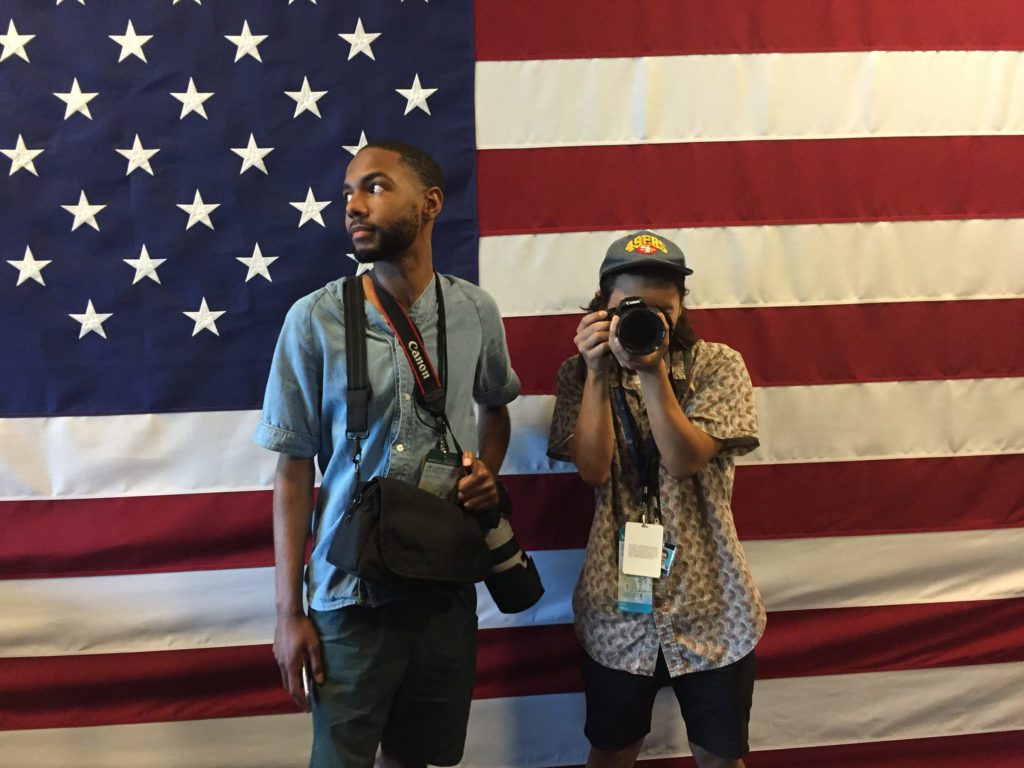 What’s A Millennial Voter To Do?

After a week of interviews at the DNC trying to figure out how millennials will vote in this election, we can honestly say: we have NO clue. 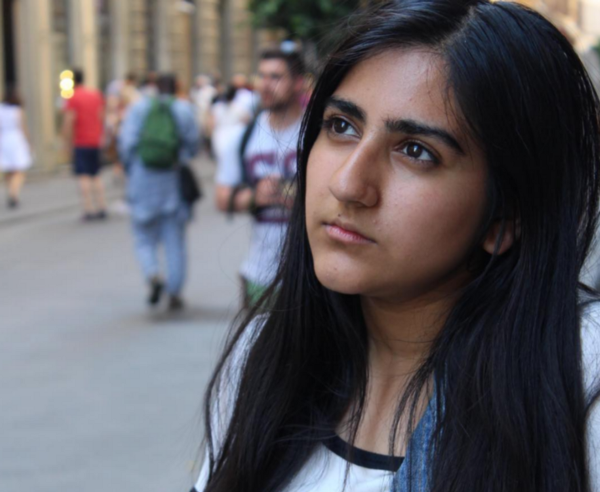 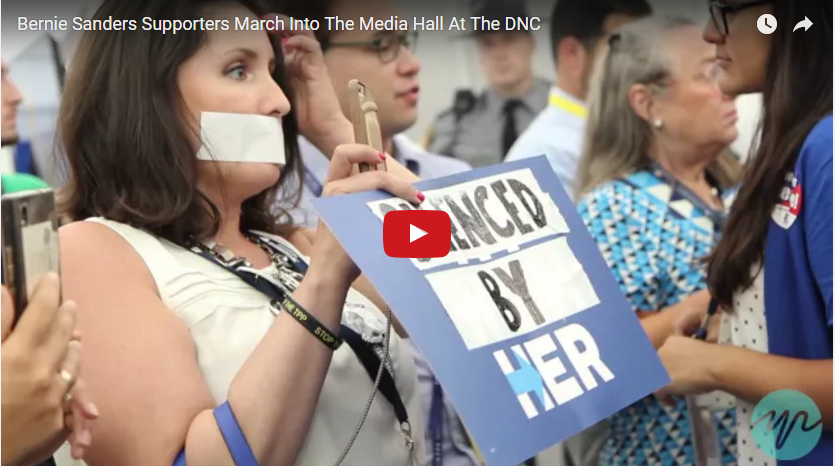 On the second day of the Democratic National Convention in Philadelphia, Senator Bernie Sanders supporters walked into the media tent yelling, “This is what democracy looks like!” 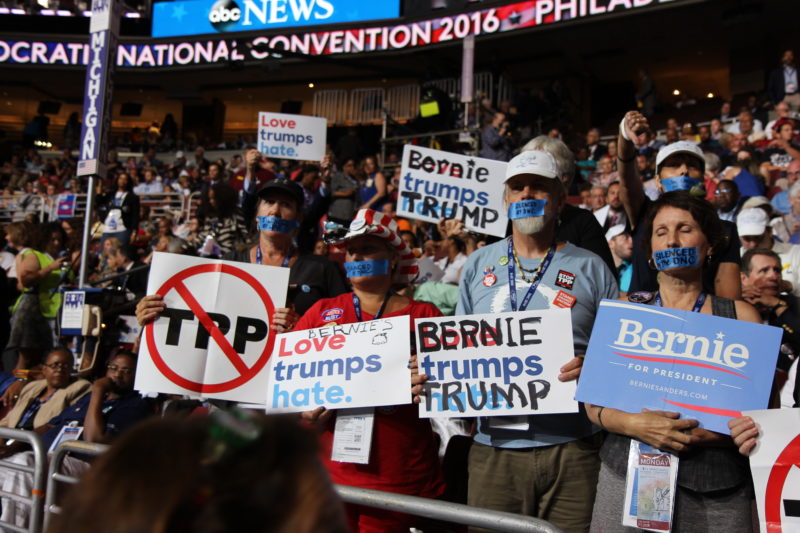 The first night of the Democratic National Convention saw a swell of support for Bernie Sanders when he took the podium. Youth Radio’s Myles Bess described of the opening night’s contentious atmosphere in an interview with Hard Knock Radio on KPFA. 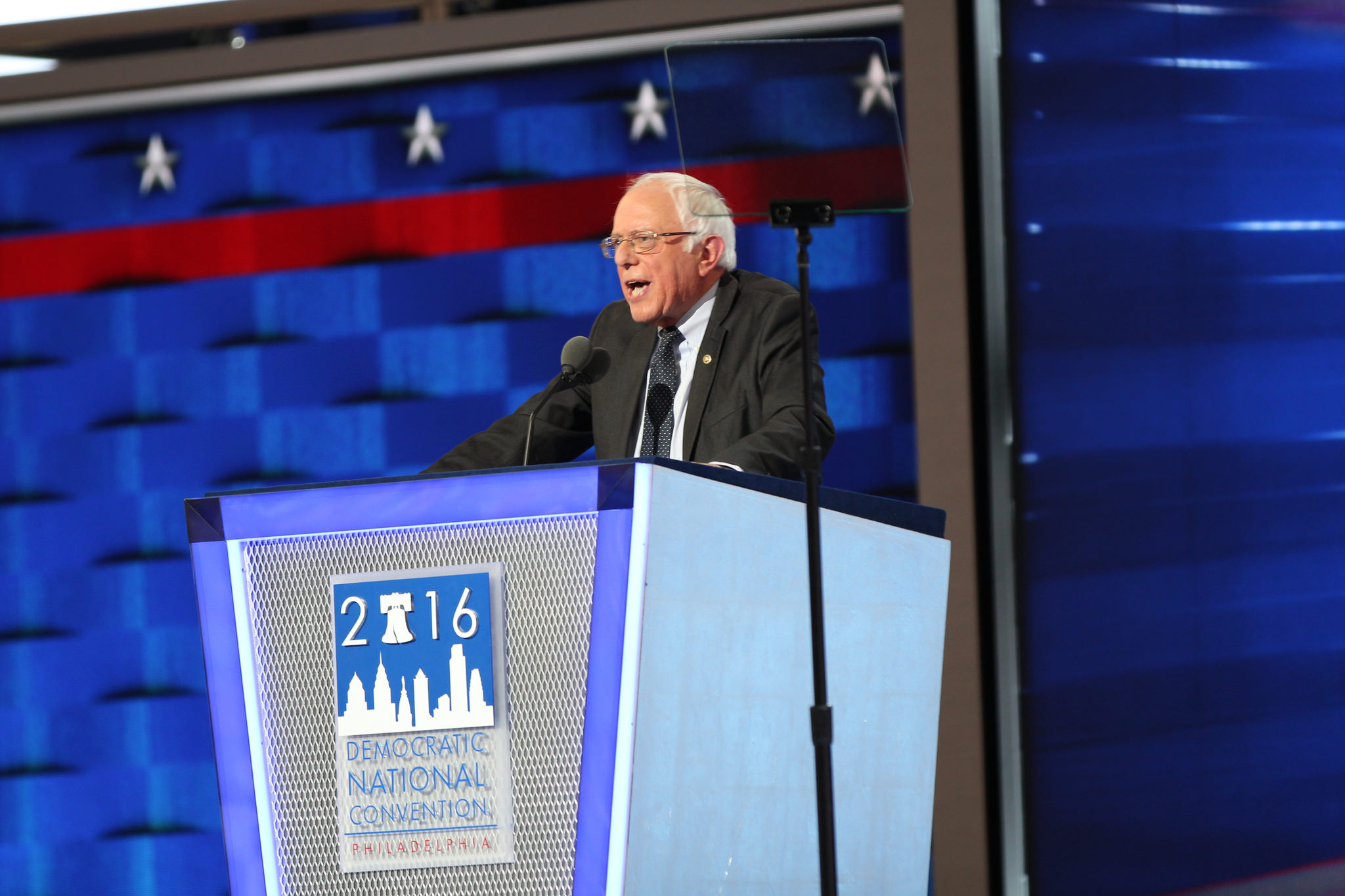 The Bernie Effect at the DNC 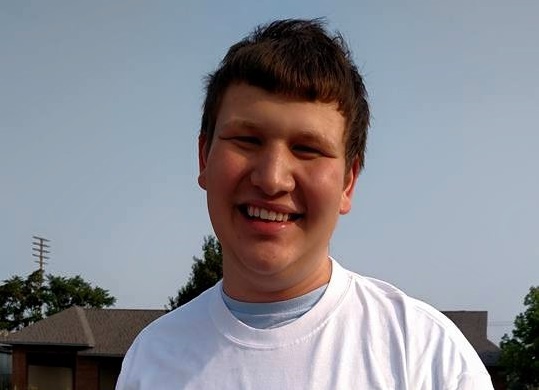 Will This 18-year-old, Former Bernie Delegate Jump On The Clinton Bandwagon?

Youth Radio reporter Myles Bess interviewed 18-year-old Ethan Petzold, a Democratic delegate from Michigan. In our conversation, Petzold walked us through the ins and outs of working on a  political campaign. 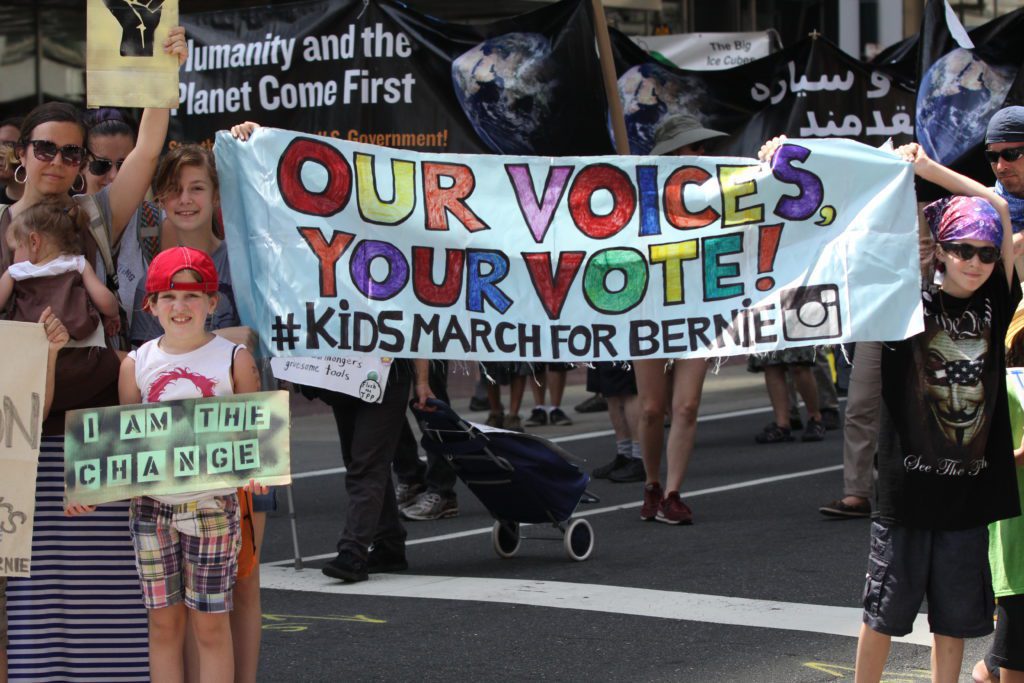 Snapshots From Philly On The Eve Of The DNC

Here are some of our favorite moments from the day before the DNC in Philadelphia. 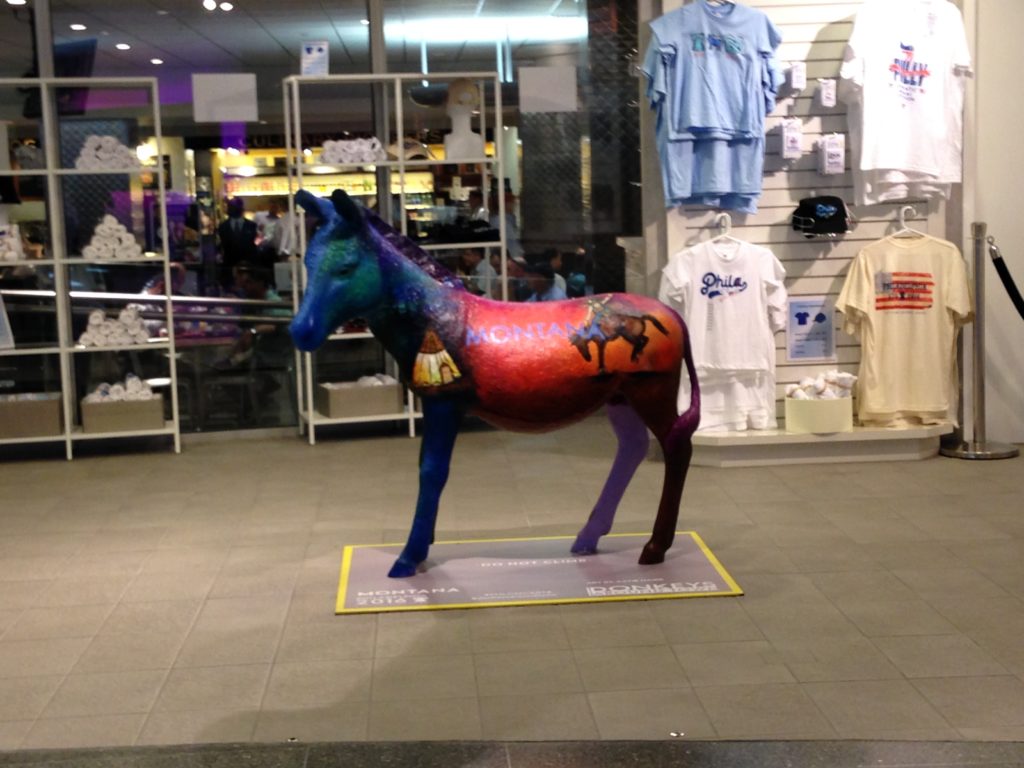 A Teen’s Guide to Philly for the DNC

Being unable to vote, while simultaneously having political opinions is a huge frustration for teens everywhere, and Philly is no exception. 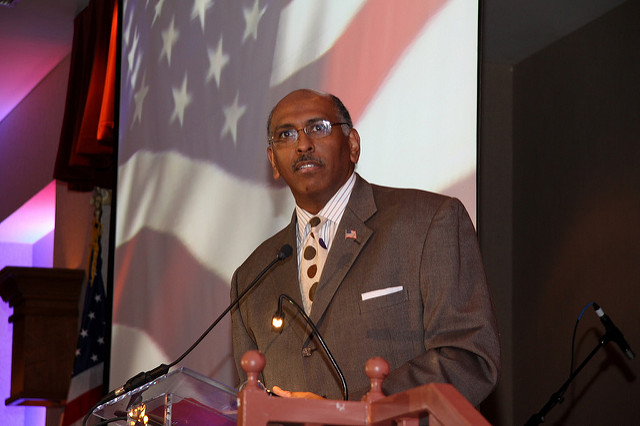 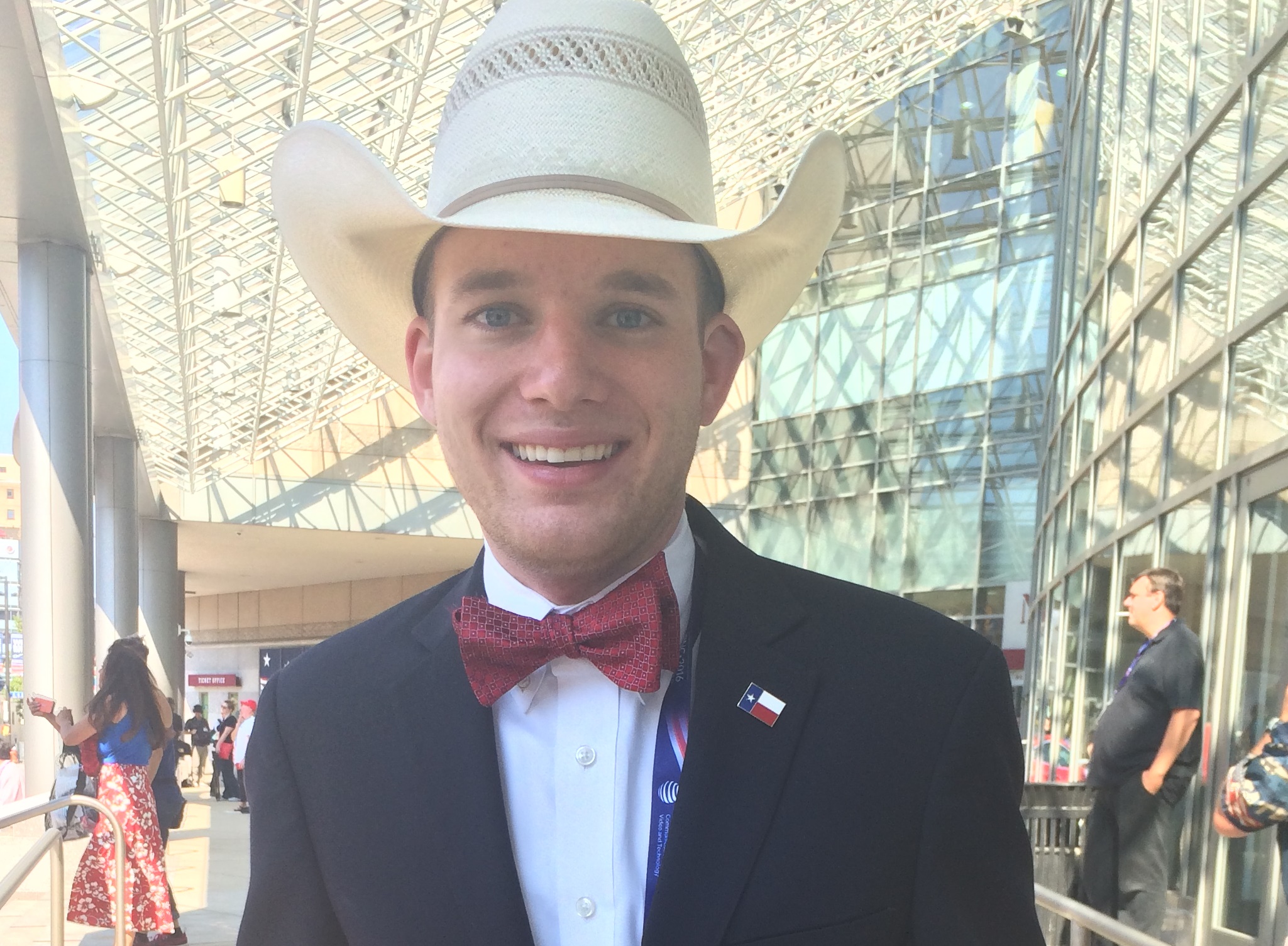 I’m young and queer, and it’s hard for me to accept that there are politicians who want to pass legislation that would make big parts of my life illegal. It’s also hard to accept that there are gay people who would vote for these politicians. I’ve never met a gay conservative in the Bay Area, but I’m not in the Bay Area this week: I’m in Cleveland, covering the Republican National Convention for Youth Radio. 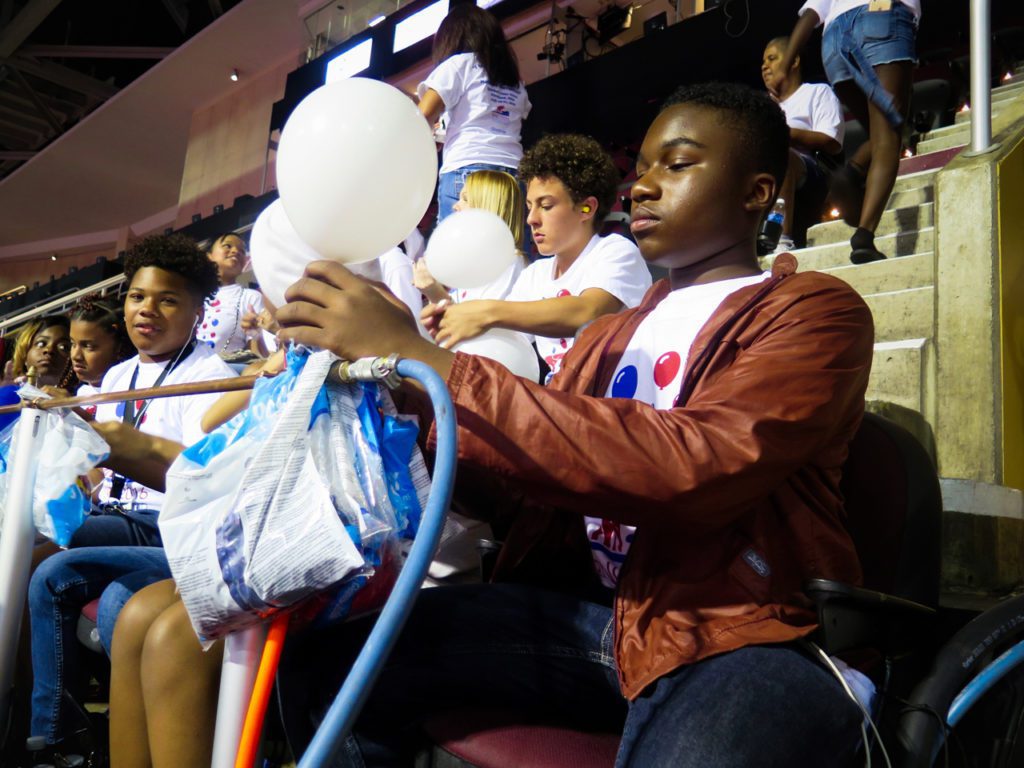 On the last night, 125,000 balloons will drop from the rafters of the Republican National Convention in Cleveland. About a hundred local teenagers blew up each and every one. “It’s the tying that’s really, really, really hurting us. So yeah, that’s the problem,” said Kiliell Wallace, 14. 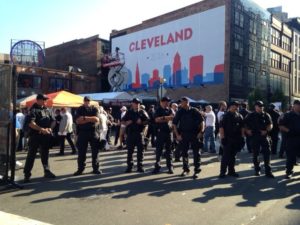 At the Republican National Convention, a constant topic of conversation was how everything outside was… well, tame. Where were those rowdy protests we all expected? 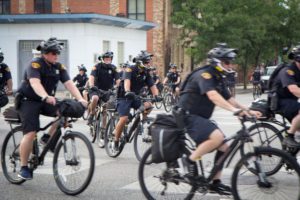 The contrast between the security concerns going into the Republican National Convention and how the convention has actually unfolded thus far is striking. 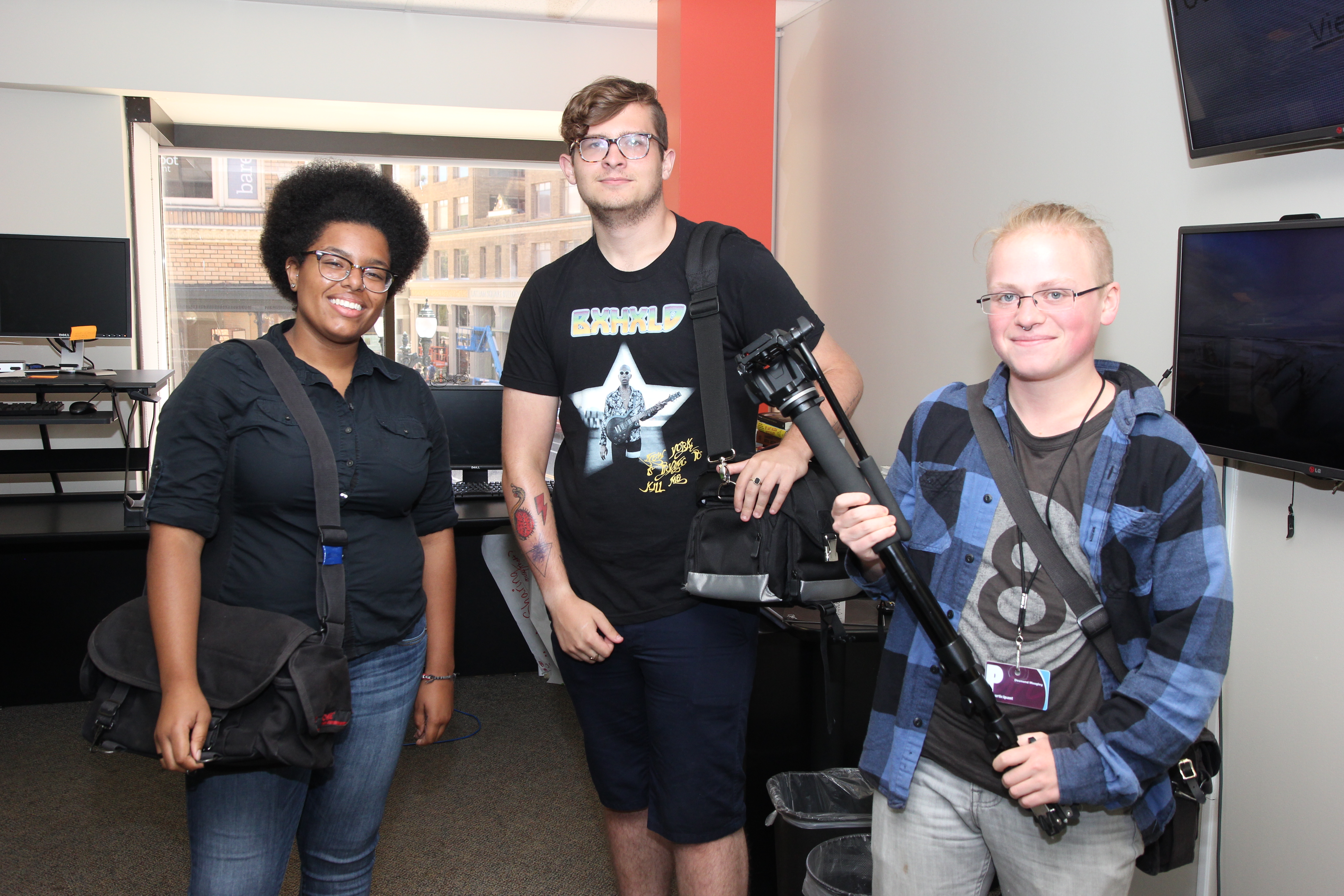 RNC Wrap Up: Reflections From The YR Team

Before our reporting team left Youth Radio’s headquarters in Oakland, our reporters were trained on how to handle certain catastrophic scenarios: if tear gas is thrown, if someone is arrested, if a gun goes off, et cetera. Our reporter Desmond Meagley writes of the relative calm in Cleveland. 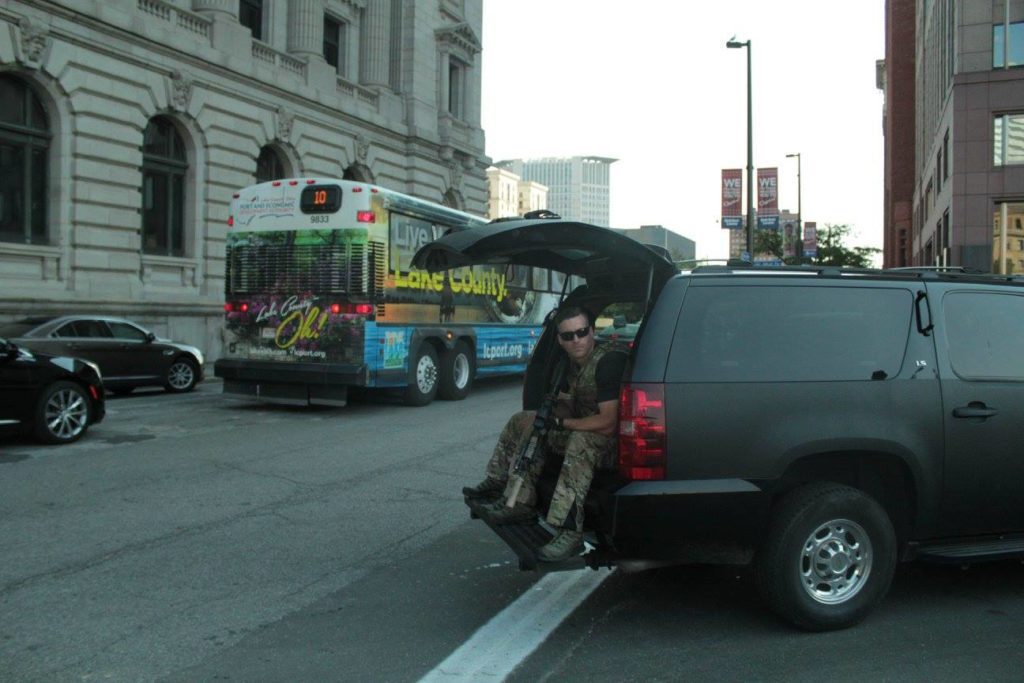 The expectations from the media and our own painfully recent history appear to have created a paper tiger, where worries of violence in the streets have created an environment eager to find it. But really, so far this week, you are more likely to find LeBron here in Cleveland, than the uncomfortably familiar imagery of police clashing with the populace. 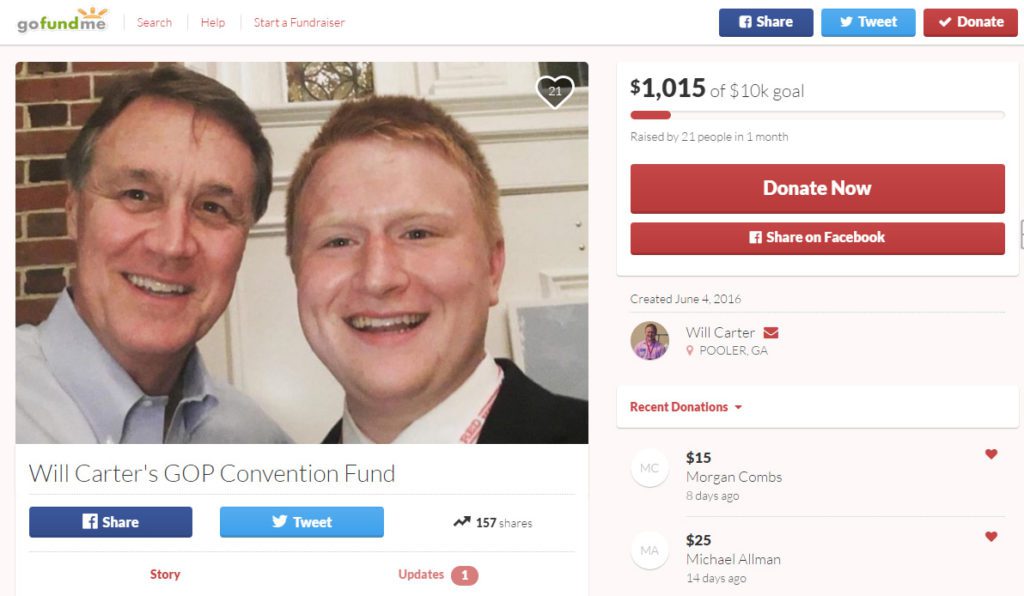 Young RNC Delegates Use GoFundMe To Get To Cleveland:

The RNC is expected to generate about 200 million dollars. That’s good news for Cleveland. Bad news for young delegates. Youth Radio reporter Soraya Shockley has this profile of one young delegate who went to GoFundMe as his first stop. 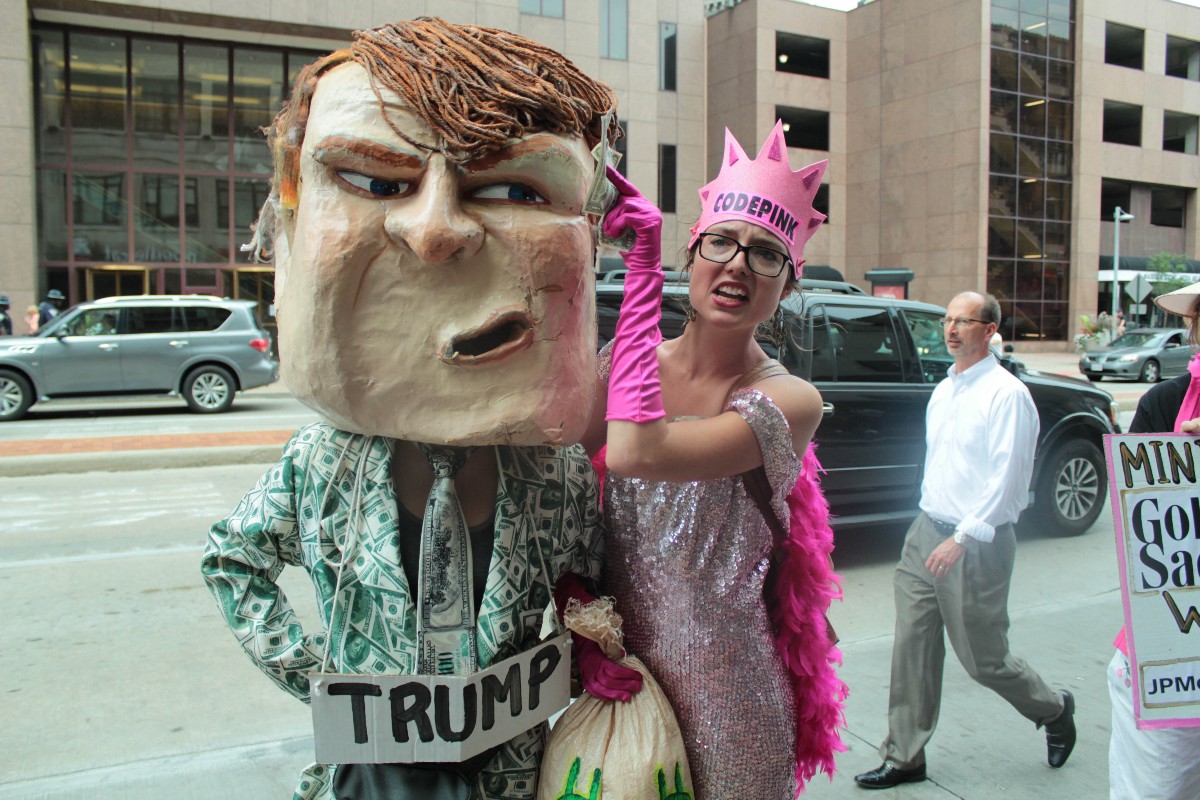 A Place Like No Other: #RNCinCLE Day One in Pictures:

The first day of the Republican National Convention was expected to be an irresistible magnet for protesters and boosters of presidential hopeful Donald Trump alike. Recent weeks even saw the American Civil Liberties Union sue the city over proposed marching routes that would have kept demonstrators far away from the secure zone around the Quicken Loans Arena 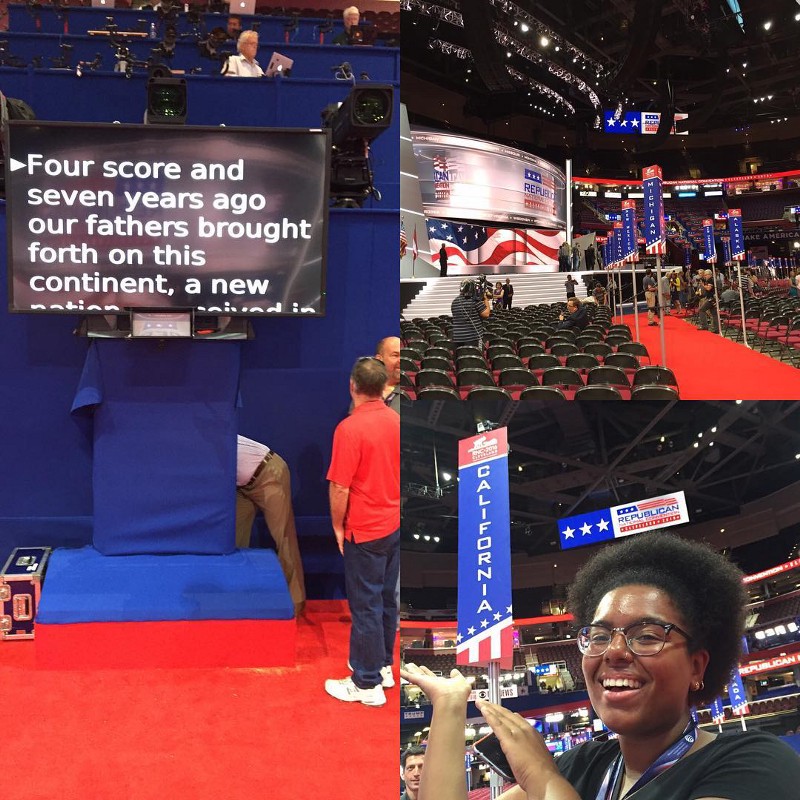 Cleveland Gets Ready To Rock The RNC:

Youth Radio landed in Cleveland, Ohio ahead of the Republican National Convention. Our reporters headed out to different corners of downtown to uncover the lay of the land. From a peace vigil to a lively anti-establishment protest to the floor of the Quicken Loans Arena.

Check out the pictures here 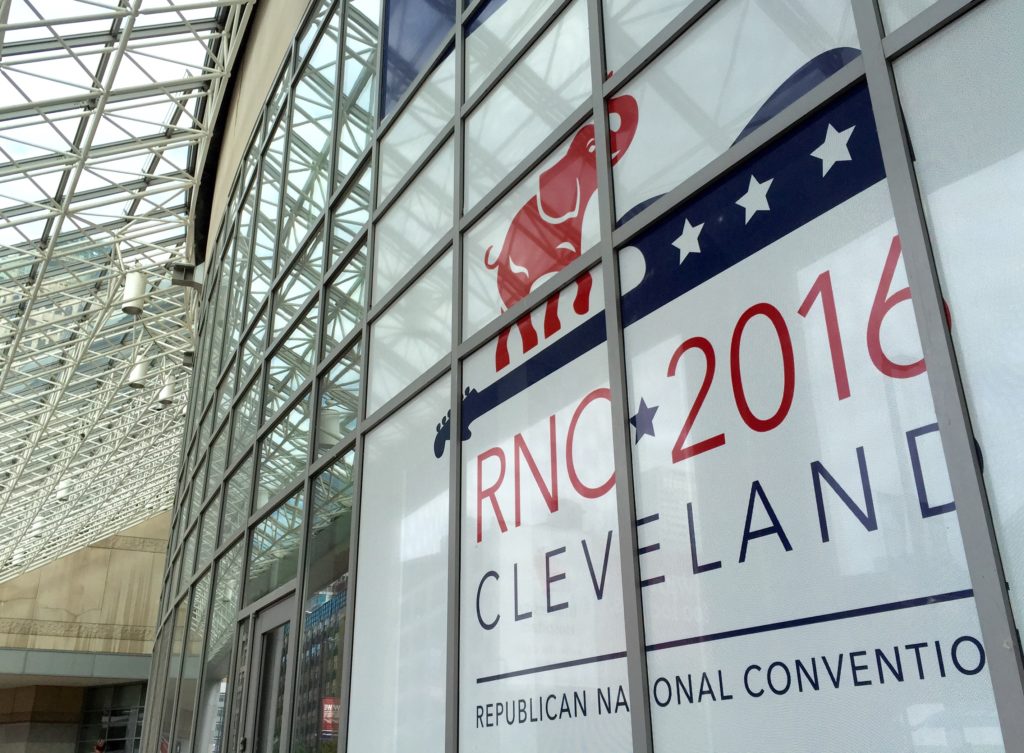 Why Conventions Matter And What to Expect:

Youth Radio reporter Soraya Shockley spoke to Duke University political science professor John Aldrich for a briefing on what will happen at this year’s Republican and Democratic National Conventions and some historical context about the role of conventions in electoral politics. 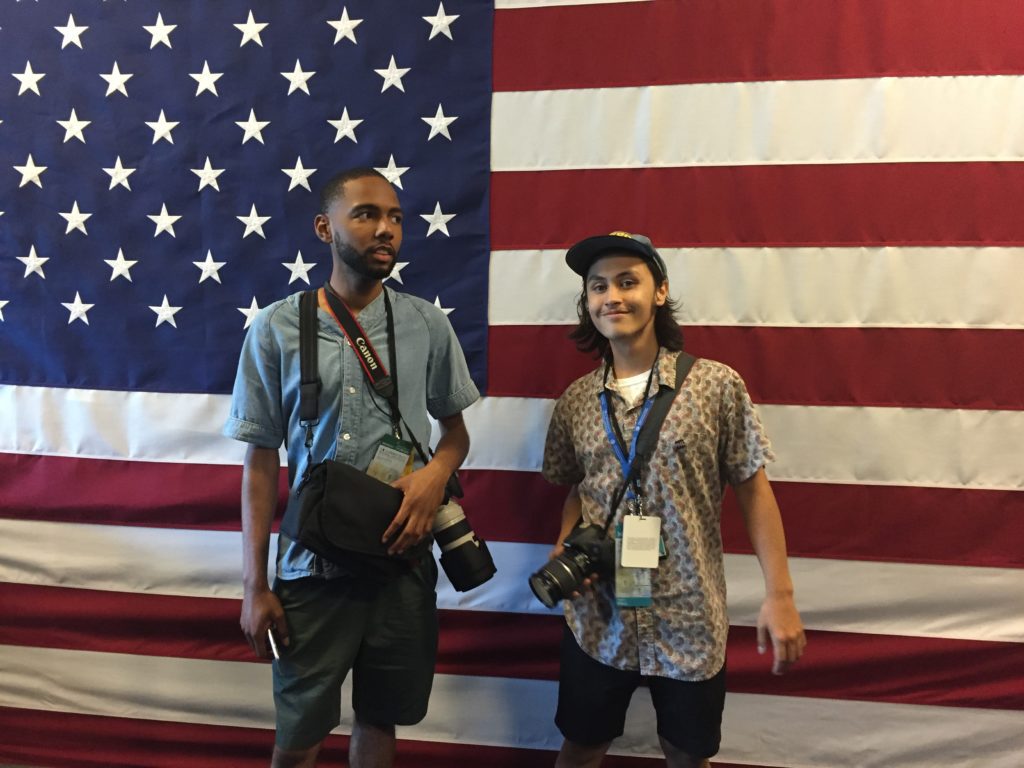 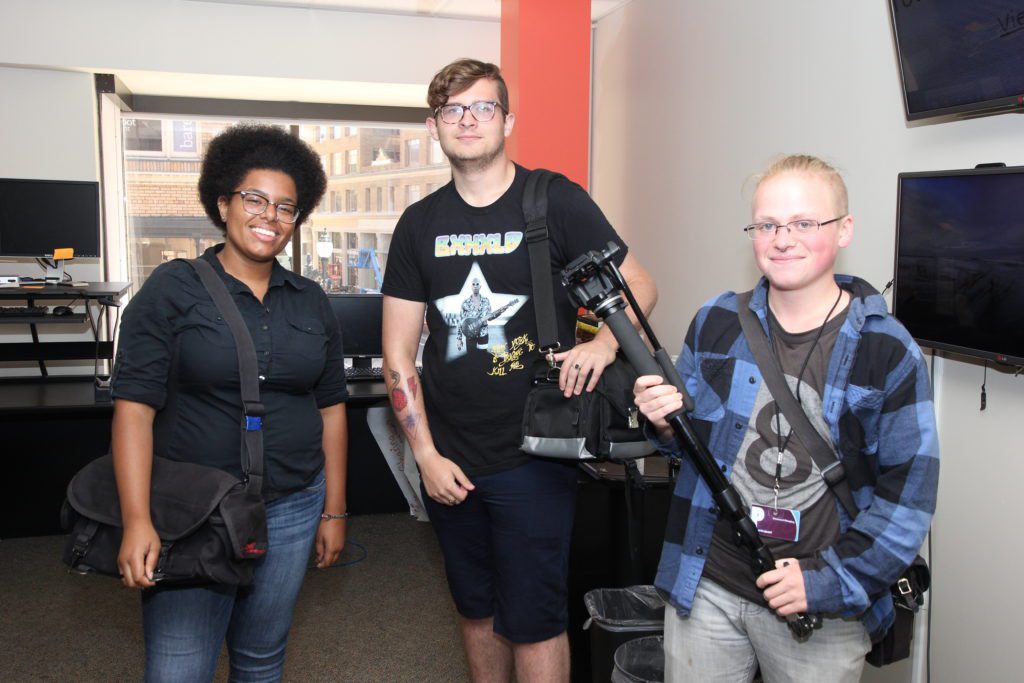 The Republican National Convention team includes reporters Desmond Meagley, Soraya Shockley, and Andrew Meyer.
In addition to their own reporting for social media and broadcast, the DNC and RNC reporting teams collaborated with local youth in Cleveland and Philadelphia. Follow them on Youth Radio’s social channels, and via their individual accounts:
Billy Cruz: @billydabbles
Myles Bess: @itsthelake