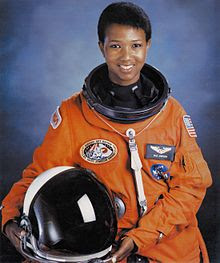 What do Steve Jobs, Bill Gates, Mark Zuckerberg, and even Bill Nye the Science Guy all have in common? They are white guys. STEM fields are infamous for lacking females and people of color participants, but maybe not for long.

According to a study published by the American Psychology Association, black women are less likely to hold subconscious sexist stereotypes about STEM (science, technology, engineering, mathematics) fields than white women.

The authors conducted their research with 1,108 students from various universities across the nation for each different study conducted.

Professor Laurie O’Brien of Tulane University, one of the main researchers on the study, spoke to Youth Radio in more depth about the findings.

“Stereotypes are such a pervasive problem because they affect not only what people are interested in, but they also affect the attitudes of teachers and parents,” O’Brien said.

O’Brien explained that the research team measured gender biases in black and white women through conscious and unconscious testing.

The research team then tested participants at an unconscious level through an implicit association test. They were able to look at the way the participants internally felt about STEM gender biases. The responses, this time, were different.

“These implicit stereotypes showed kind of a different picture,” O’Brien said. “That’s where we found that black women were less likely to hold stereotypes associating science with men as compared to white women.”

It seems surprising that black women, who might be considered at a dual disadvantage in the STEM world, generally feel more confident than white women while approaching these fields.

“We aren’t saying that just because black women are more interested in science, they won’t face racism in those fields,” O’Brien said. “I think we kind of need more research [on this]. Our study just focused on gender and gender stereotypes.”

O’Brien told Youth Radio that internalized gender biases may be constructed by multiple sources, including the the presence of visible models of what type of people excel in STEM.

“Our stereotypes can also be shaped by media. You have shows on TV like The Big Bang Theory, which is about a group of young men who are scientists, and the central characters on the show who are in science are all men,” O’Brien said.

“If you’re starting college, and you start taking math and science courses, and most of your professor are either white or male, that could actually create stereotypes about what type of people do science.”