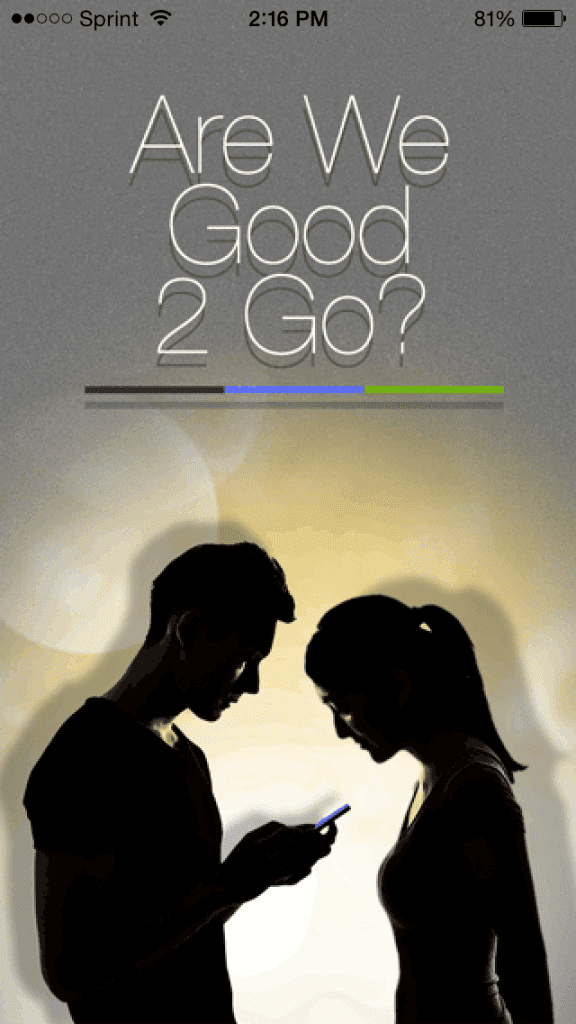 California’s governor just passed a “Yes Means Yes” law to address the issue of sexual assault on college campuses. It states that only an enthusiastic “Yes” means an interest in sex — a continual and enthusiastic yes.

Almost as soon as the law passed, news spread about a new app that attempts to address this issue with technology. Good2Go is one of the hopefully many apps that attempt to tackle the issue of sexual consent, and how to talk about it. Considering how widespread the issue is, it’s great to see someone attempt to innovatively make talking about consent simple and easy.

But Good2Go is not exactly something that I’d use.

The app itself follows a seemingly simple formula: hand your phone over to the intended partner, and have them check one of three options listing whether or not they are interested, not interested, or feel that there needs to be a discussion before continuing on with whatever the two of you are doing. Which would be fine, if it weren’t so…vague. There is no discussion of what you will be doing. A large problem with sexual consent is not having a discussion of what you are actually comfortable doing sexually, especially in college. And the language of the app itself can be confusing. When you select the option “Yes, but we need to talk” a large, black and white message pops up on your screen telling you “Remember! No means No! Only Yes means Yes BUT can be changed to NO at anytime!”

It’s hard to imagine in what circumstances, exactly, you would use the app. Do I just gift my phone to someone I see across the room from me at a party? Wait until we end up in a bedroom? How am I supposed to do it smoothly? On the app itself, there isn’t a suggestion about when to have this conversation, or where. The app’s simplicity wouldn’t be a problem if this wasn’t a question of safety. But this conversation not only needs to happen, but needs to be conducted in such a way that both individuals feel safe.

The idea of the app is sound. But I prefer simply being honest and straightforward with a potential partner about what they’re looking for in the night, and if I’ve been drinking too much, nothing happens at all. And if you’re not capable of verbally bringing up the issue of consent, you probably shouldn’t be in this situation at all.

The makers of this app seemed to have forgotten that so much of the point of this interaction is the importance of knowing your own boundaries. An app about consent that does not focus primarily on the owner of the app, and doesn’t state what lines the app’s owner does not want to cross, is a lot less helpful in regards to issues of sexual consent.

It’s important that our society is even having this conversation. But it also speaks volumes that we’re at a place where we must rely on an app to communicate about it.

Maybe this app will work for some people, but in the meantime, handing over my phone to have a potential boo check items off a list just isn’t something I’m good to do.