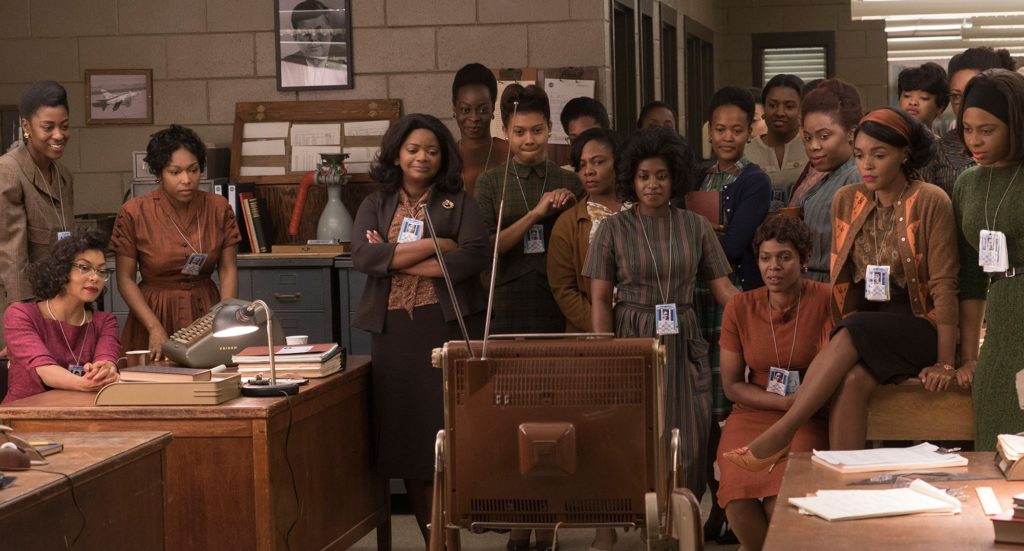 The film Hidden Figures, which was just released on DVD, is creating excitement in the STEM (Science, Technology, Engineering, and Math) fields.  A whole new generation is discovering the role African American women have long played in advancing humanity’s frontiers.

Youth Radio asked our partners at Boston’s Zumix to talk with Joy Buolamwini, the Massachusetts Institute of Technology graduate student who won the grand prize in the professional category of “The Search for Hidden Figures” scholarship contest that was tied to the film. Buolamwini entered the contest after seeing the film, and won in part for her work creating the Algorithmic Justice League, which aims to highlight the hidden biases in computer code that can lead to systemic discrimination.

Zumix reporters Keneisha Germain, 13, and Manuela Melguizo, 14, answered our call, and had this conversation (edited for length) with Buolamwini at MIT’s Media Lab. 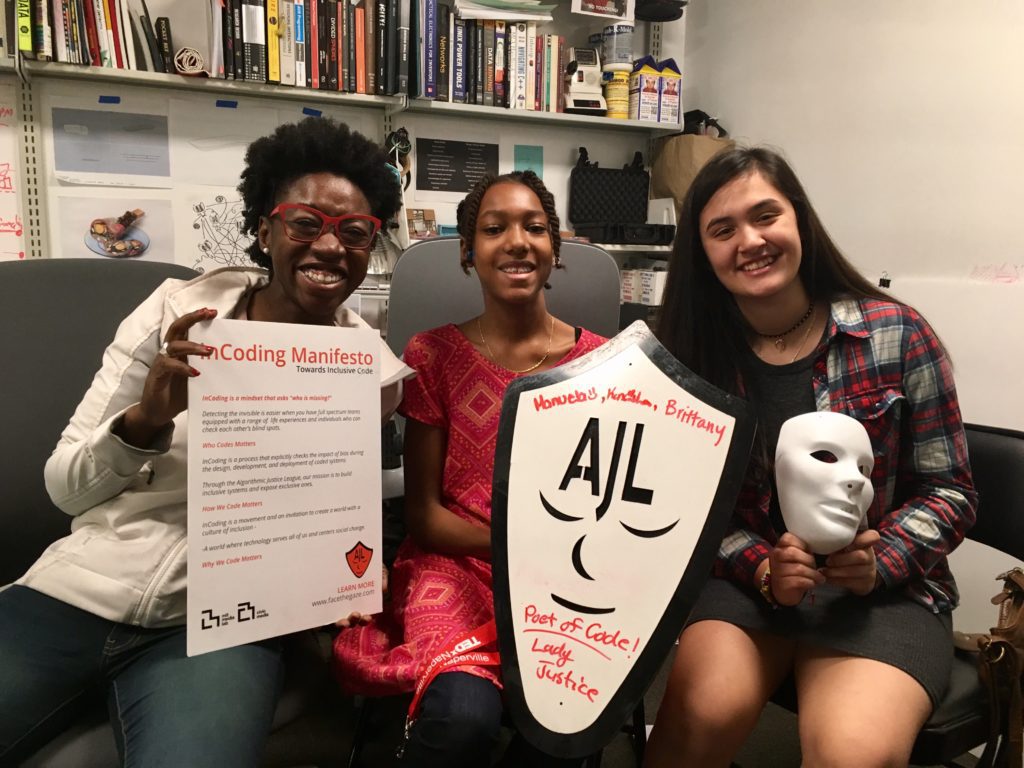 Keneisha Germain: How big of a deal is the movie in your scientific social circles?

I actually first saw it at MIT on December 8th, and it was amazing to watch the movie with women from all over MIT. Some people studying aerospace engineering, you have some chemical engineers, you have people doing what I do at the Media Lab, which could really mean just about anything and man— the energy in that room— especially that scene where all of the women leave the West Computing building  and they go to work on the IBM Squad Goals.

Manuela Melguizo:  Oh my God. I watched that movie yesterday and I was with my friend and she said exactly what you said. Like literally squad goals.

Joy: That was one of my favorite parts. I’ve seen the movie five times with different groups of people. I really like seeing it with a younger audience. Just the reactions are fun to hear and then also watching it with technical women is also really fun.

Keneisha: Beyond the scholarship, what has the film meant to you?

Joy: Being able to see women celebrated for their intellect, being celebrated for their contributions to society in something that’s so iconic and so related to the American story, right? Sending somebody into orbit and then eventually getting to the moon and seeing women, seeing people of color, being involved in that in our nation’s history is a powerful reminder that it really takes all of us to make significant advances. Whether it’s advances in science or advances in society. So I felt great just seeing smart women being represented in Hollywood. Being played by top actresses. I thought it was absolutely amazing.

Keneisha: So what is algorithmic justice?

Manuella: That’s really cool. How did you come up with the Algorithmic Justice League?

Joy: During my first turn at the Media Lab, I took a course called science fabrication. In this class, what we’d do is, we’d read science fiction books and then based on anything that inspired us we’d create a technology of the future. So the technology of the future I wanted to create was something called an “aspire mirror.” And what an aspire mirror does is it allows you to look into a mirror that looks normal but has some special technology, and when you look into the mirror it can project anything onto your face. So I had this mirror that would project a lion onto my face or you could make yourself somebody you admired. Maya Angelou could be projected onto my face as well, or you could have quotes and that kind of thing. The whole idea was to have a fun mirror that would make you smile by putting something that you liked on your face.

The only problem is that mirror didn’t always consistently detect my face. It was because of some of the code I was using. So I was borrowing code as a way to program more quickly, and that code didn’t pick up my face all the time until I wore this mask. And when I wore this white mask there’s no problem. It immediately detected my face. So I thought, instead of struggling to have my face be detected, let me just wear this white mask to get the project done.

That was fine for the project, but not cool for society overall, right?

So I started to think “Isn’t it a little ridiculous that for my system to work well on me, I’m wearing this mask? What’s going on?”

I started learning a bit more about how facial detection systems work, and through that, I learn that you have training sets that are used to teach a computer to see a face. So you have lots of examples of faces. But if the faces you’re providing aren’t that diverse, then the system you end up creating might have a harder time detecting people who aren’t represented in the set. I believe that’s in part what was happening to me.

Then I thought, well maybe we can do something about this. I went from trying to create this fun, whimsical project called the aspire mirror, realizing there was a problem—a problem I’d run into before—but I’d assumed had been fixed and realizing it hadn’t been fixed. So that’s how the Algorithmic Justice League got its start: I was trying to project animals onto my face through a magic mirror.

Joy: If Twitter is any indication, I think all of the tweets around the Hidden Figures movie have definitely shown interest. I’m not sure if it’s highlighting what was already there, or if it’s spurring interest, but I have a feeling it’s spurring some interest that you go in and you’re like: “Whoa. Maybe I can do that too.” And I think…I have a sense the film has been doing that just from people I’ve seen around.

This interview was produced in collaboration with ZUMIX Radio. Special thanks to Brittany Thomas for field production.