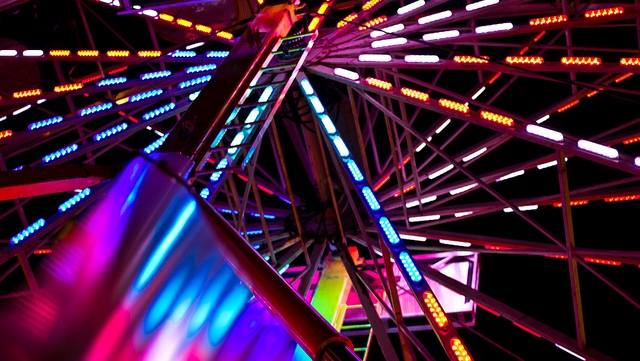 Anyone ever wonder what a carnival in the year 2020 would be like? Probably lots of cool technology, games and huge robots.

Well, we won’t have to wait until 2020 to find out. Inventors Brent Bushnell and Eric Gradman will be launching the Two Bit Circus, a revamped version of the classic carnival, next spring in Los Angeles and San Francisco. I spoke with the inventors and learned more about their new and improved version of the carnival.

Bushnell referred to the Two Bit Circus as “halfway between an incubator and a think tank.” The inventors say visitors should expect to see a “big crazy, high tech, carnival.”

“We are going to use a bunch of re-imagined carnival games and high-tech amusement for a weekend of fun,” said Grandman.

Before the idea of starting the carnival, both Bushnell and Gradman spent their time making interactive games and sharing them at conferences. They realized that their inventions were inspiring people, and they had an opportunity to change the way people perceived science, technology, engineering, art and math.

“The U.S. has a problem — not enough kids go after degrees in the STEM and STEAM fields. We really wanted to create a real focal point that could inspire kids, and games are such an easy one“ said Bushnell. The games are just “the hook,” but their bigger agenda is to get more young people interested and excited about math and sciences.

Grandman makes it clear that the goal of this carnival isn’t necessarily to teach STEAM, just to inspire. “There is tremendous value to what we are doing,” said Gradman. “Regardless of how STEM and STEAM are taught in the classroom, anybody who goes into a classroom having been inspired by something cool, is going to want to learn. And wanting to learn is more important than how you’re taught,” he added.

Check out the video below from Steam Carnival’s Kickstarter page.