On June 21st, 2017, Snapchat released a new feature called “Snap Map” that allowed it’s users to see where all of their friends were located on a digital map, similar to Google and Apple maps. Users simply pinch their camera screens to be redirected to the map. Once there, users can see where their friends, represented by their Bitmojis (cartoon avatars of the user), are located.

Users can see not only the area or region, but the exact street where their friend currently is. The app tracks users as soon as it is opened, and still shows that same location when the app is closed. The location is then updated the next time the app is opened. 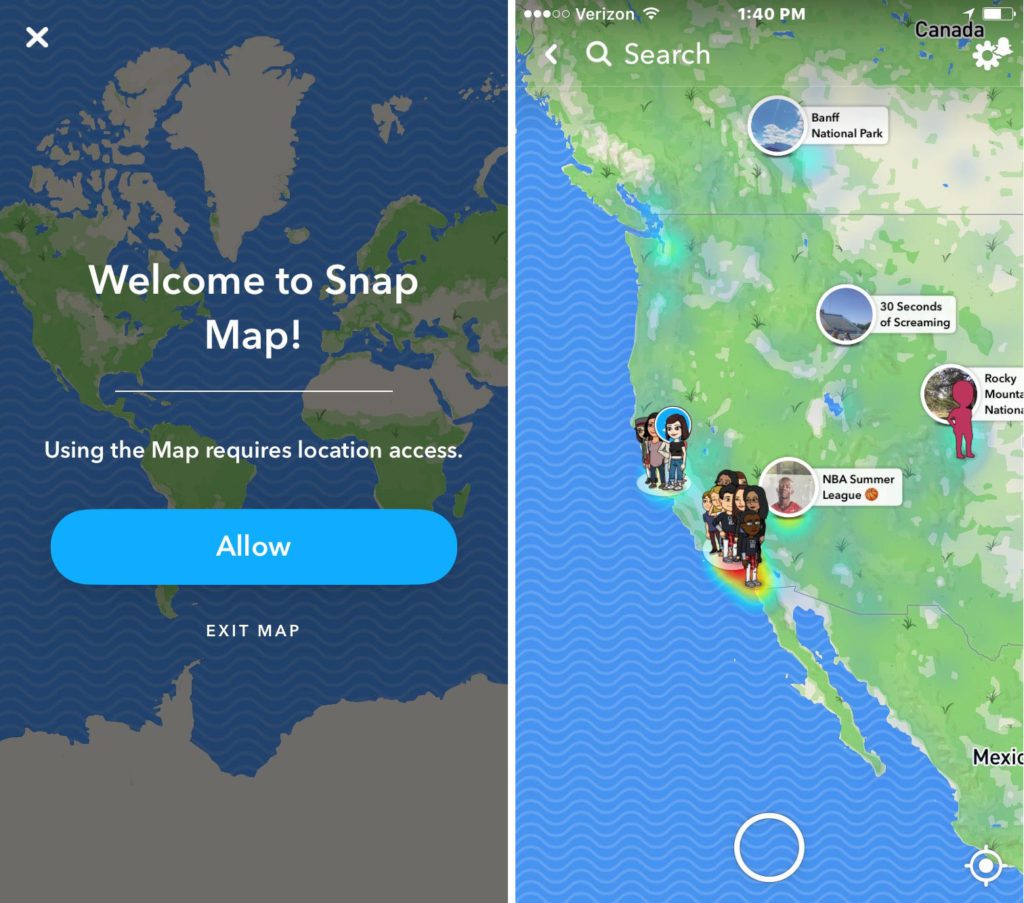 Snapchat even joked about the update on their own website, stating, “Only the people you choose can see your location — so if you’re friends with your boss, you can still keep your location on the down low during a ‘sick day’?”

While many people, including the app’s creators, are treating this as a joke, not many are thinking about the dangerous consequence of having your exact location readily available at any time for everyone.

When the update was released, I personally did not know that my exact location was being shared every time that I used the app. I also did not think it would be as specific as the exact street I was on, since the update only asked to allow Snapchat access to my general location.

This is especially dangerous for all of the minors that are using Snapchat. Its youngest users are 13 years old, which is the youngest they can be under the Children’s Online Privacy Protection Act (COPPA). While Snapchat does allow its users to opt out of the update by going into “ghost mode”, aka not sharing their locations, many younger users may not do this. They might not understand the consequences of giving out their exact locations, and might not even know they are in the first place. 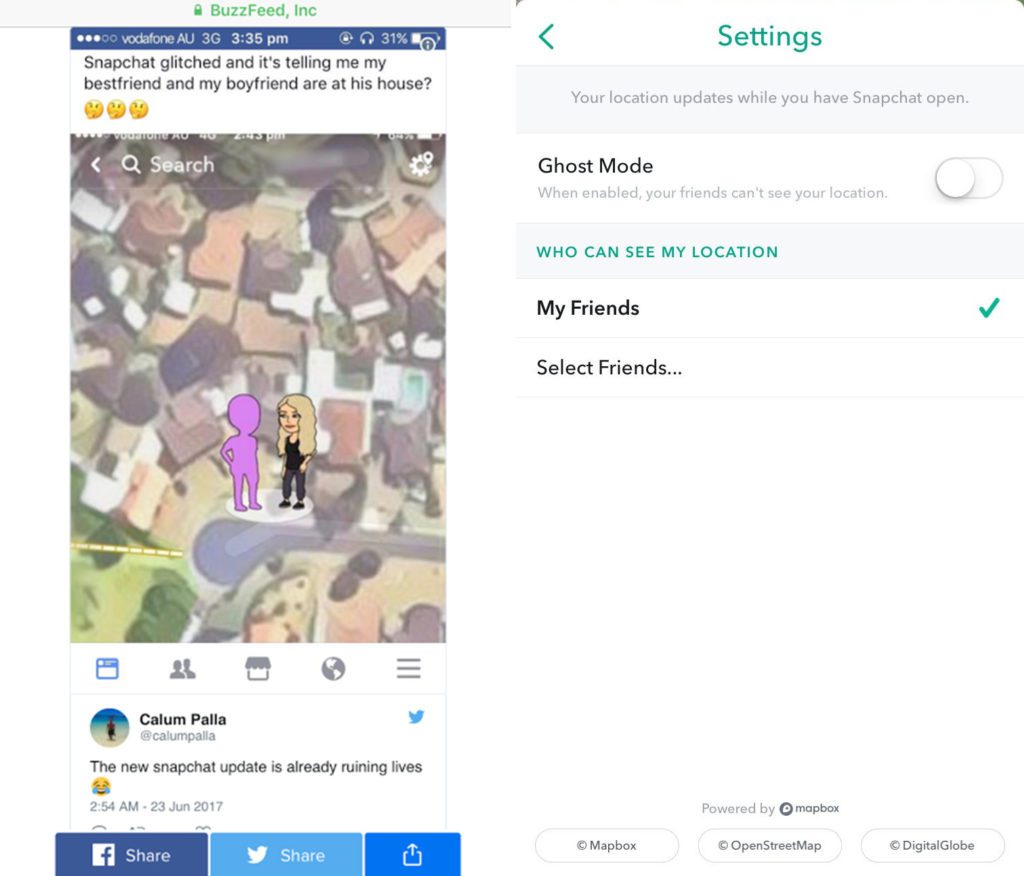 Snapchat gives users the option for either all of their friends, only certain friends, or for no one to see their location– but, even that raises concerns. Many users have people added as friends that they do not actually know in real life.

On Snapchat, the people you communicate with are hidden behind a screen. There is no way to be certain that a user is actually who they say they are; phones can be stolen and used, fake profiles can be created, and accounts can be hacked into.

While Snapchat does allow users to see when friends are in a nearby location so you can meet up with them–or in my case avoid them, users should be aware that sharing that much information could be potentially dangerous. With the update, it is possible to see when people are at their local mall, their school, or even at their own house. Parents may be unaware whether or not their child is using the update, making it difficult to keep their children safe. This information could be used to bully, harass, or even stalk people.

It is extremely irresponsible of Snapchat to allow minors to be a part of this update, especially without clearly outlining the situation to it’s users. Not only does this update raise safety concerns, it also brings attention to how much information we are sharing with others at all times, and how we give out this information so freely.  I shouldn’t be able to see my friend’s exact location so easily, and possibly even without their permission. Snapchat needs to clearly outline their new update and how to stay safe while using it.